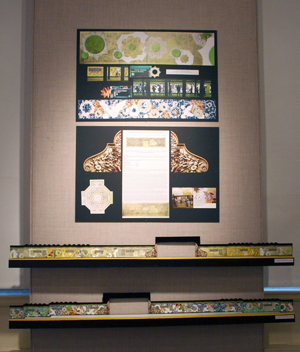 Julia Whitney Barnes, an artist based in Brooklyn, New York, has received a 2010 Edwin Austin Abbey Mural Workshop Fellowship from the National Academy Museum and School of Fine Arts in New York. The workshop, which took place in July 2010, was a unique opportunity for artists to learn how to compete successfully for public mural commissions.

Rachel Epp Buller has received a Fulbright Scholar Grant for 2010–11. The Fulbright, along with a grant from the Gerda Henkel Foundation in Düsseldorf, will fund research for a book on the German artist Alice Lex.

John Casey, a doctoral student at the Graduate Center, City University of New York, has received the Dedalus Foundation’s 2010 Dissertation Fellowship Award for his study, “Picturing Architectural Theory: The Architectural Photobook in Germany, 1910–1945.” The $20,000 fellowship is awarded annually to a PhD candidate at an American university who is working on a dissertation related to modern art and modernism. 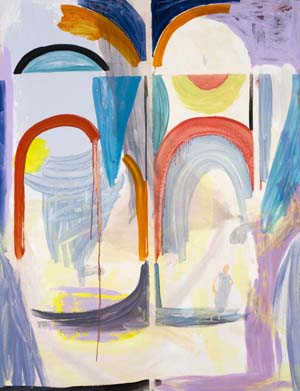 Jackie Gendel, an artist based in Brooklyn, New York, has received a grant from the Marie Walsh Sharpe Art Foundation’s Space Program for 2010–11, which provides free studios in New York for the creation of new works of art. 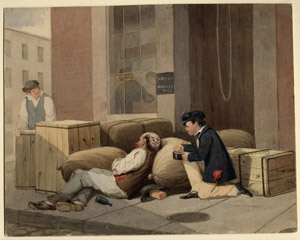 Jennifer A. Greenhill has received a subvention from the Wyeth Foundation for American Art to help support the publication of her book, Playing It Straight: Art and Humor in the Gilded Age, forthcoming from the University of California Press. The book investigates the strategies artists devised to simultaneously conform to and humorously undermine “serious” artistic culture during the late nineteenth century.

Kira Lynn Harris has won a grant from Art Matters, a nonprofit foundation based in New York, for travel to France and Spain to complete a series of large-scale drawings and photographs of the Chapel of Notre Dame du Haut by Le Corbusier, Antoni Gaudi’s Sagrada Família in Barcelona, and George Wyman’s Bradbury Building in Los Angeles. Art Matters supports artists based in the United States whose work focuses on communications and collaborations across national borders. 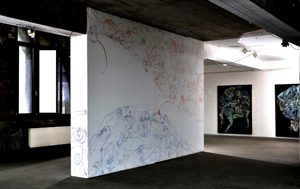 Sol Kjøk, an artist based in Brooklyn, New York, has received a 2010 Edwin Austin Abbey Mural Workshop Fellowship from the National Academy Museum and School of Fine Arts in New York. The workshop, which took place in July 2010, was a unique opportunity for artists to learn how to compete successfully for public mural commissions. 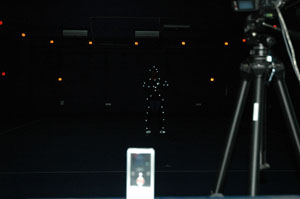 Lucy Raven has received funding from Art Matters, a nonprofit foundation based in New York, for research in Chennai, Kerala, and Mumbai, India, for a video project exploring the international outsourcing of three-dimensional animation and visual effects for the creation of American landscapes in Hollywood movies. Art Matters supports artists based in the United States whose work focuses on communications and collaborations across national borders.

The American Council of Learned Societies (ACLS) New Faculty Fellows Program allows recent PhDs in the humanities to take up two-year positions at universities and colleges across the United States, where their particular research and teaching expertise augment departmental offerings. CAA member Christopher R. Lakey, a recent graduate of the University of California, Berkeley, won the fellowship for his dissertation, “Relief in Perspective: Italian Medieval Sculpture and the Rise of Optical Aesthetics.” He has been appointed at Johns Hopkins University in Baltimore, Maryland, for 2010–12.

The Andrew W. Mellon Foundation/ACLS Early Career Fellowships for Recent Doctoral Recipients provide a year’s support for scholars to advance their research following completion of the doctorate. CAA members Richard Patrick Anderson of Columbia University in New York won for “Toward a Socialist Architecture, 1928–1953”; and Meghan C. Doherty of the University of Wisconsin, Madison, won for “Carving Knowledge: Printed Images, Accuracy, and the Early Royal Society of London.”

The Andrew W. Mellon Foundation/ACLS Early Career Fellowship Program awards Dissertation Completion Fellowships, which provide support for young scholars to finish their dissertations; the fellowships are the first part of a program offering funding to scholars at the early stages of their careers. Among the recipients are two CAA members: Ellery Elisabeth Foutch of the University of Pennsylvania in Philadelphia for “Arresting Beauty: The Perfectionist Impulse of Peale’s Butterflies, Heade’s Hummingbirds, Blaschka’s Flowers, and Sandow’s Body”; and Maile S. Hutterer of the Institute of Fine Arts at New York University for “Broken Outlines and Structural Exhibitionism: The Flying Buttress as Aesthetic Choice in Medieval France.”

The Henry Luce Foundation/ACLS Dissertation Fellowships in American Art are awarded to graduate students in any stage of PhD dissertation research or writing for scholarship on a topic in the history of the visual arts of the United States. Although the topic may be historically and/or theoretically grounded, attention to the art object and/or image should be foremost. CAA member recipients are: Matthew K. Bailey of Washington University in St. Louis, Missoufor “Turbulent Bodies: Disruptive Materiality in Modern American Painting, 1880–1930”; Amanda Douberley of the University of Texas at Austin, for “The Corporate Model: Sculpture, Architecture, and the American City, 1946–1975”; Jason Goldman of the University of Southern California in Los Angeles, for “Open Secrets: Publicity, Privacy, and Histories of American Art, 1958–69”; Anna C. Katz of Princeton University in Princeton, New Jersey, for “Hybrid Species: Lee Bontecou’s Sculpture and Works on Paper, 1958–1971”; Rebecca E. Keegan of Duke University in Durham, North Carolina, for “Black Artists, the Problem of Authenticity, and ‘Africa’ in the Twentieth Century”; Edward M. Puchner of Indiana University in Bloomington, for “‘speaking His mind in my mind’: Racialized Theology, Divine Inspiration, and African American Art”; and Katherine Elizabeth Roeder of the University of Delaware in Newark, for “‘Cultivating Dreamfulness’: Fantasy, Longing, and Commodity Culture in the Work of Winsor McCay, 1904–1914.”

The Andy Warhol Foundation for the Visual Arts has announced its 2010 Curatorial Fellowships for Travel and Research. CAA member recipients are: Heather Campbell Coyle of the Delaware Art Museum in Wilmington, for conducting research on an exhibition and publication of the work of Scott Heiser, a fashion photographer from the 1980s whose idiosyncratic body of work has been forgotten since his death in 1993 ($11,000); Kristina Van Dyke of the Menil Collection in Houston, Texas, working with Bisi Silva, to organize an exhibition on contemporary African art with a focus on how technology shapes notions and facilitates expressions of love in Africa ($38,400); and Jonathan Katz of the Tacoma Art Museum in Washington, working with Rock Hushka, to prepare for an exhibition that explores twenty-five years of art made in response to AIDS ($40,000).