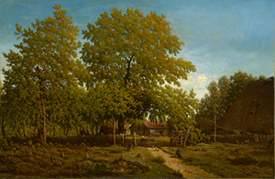 The Sterling and Francine Clark Art Institute in Williamstown, Massachusetts, has received two gifts that will endow a pair of critical jobs at the museum. Robert and Martha Berman Lipp gave $2.5 million to fund the senior curator position, and Sylvia and Leonard Marx donated $2 million for the director of collections and exhibitions. 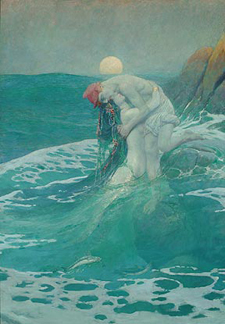 Howard Pyle, The Mermaid, 1910, oil on canvas, 57⅞ x 40⅛ in. Delaware Art Museum, Gift of the children of Howard Pyle in memory of their mother Anne Poole Pyle, 1940 (artwork in the public domain)

The Delaware Art Museum in Wilmington has received four grants to assist with exhibitions, publications, research, and development. The Henry Luce Foundation contributed $100,000 from its Luce Fund in American Art to support work on the exhibition Howard Pyle: American Master Rediscovered, and the Andy Warhol Foundation for the Visual Arts gave $11,000 for curatorial research on the photographer Scott Heiser. A $10,000 gift from the Gladys Krieble Delmas Foundation will sustain the exhibition and publicity of the recently acquired M. G. Sawyer Collection of Decorative Bindings, and $50,000 from the Jessie Ball duPont Fund will help launch a 1:1 matching fundraising challenge. 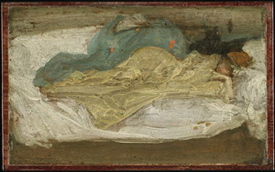 The Harvard Art Museums in Cambridge, Massachusetts, have received $75,000 in a 2010 Access to Artistic Excellence Grant from the National Endowment for the Arts. The funds will support an education program called “Engaging New Americans: Explorations in Art, Self, and Our Democratic Heritage.”

The Metropolitan Museum of Art in New York has accepted a $10 million donation to support the creation of a major exhibition space, to be called the Lizzie and Jonathan Tisch Gallery, within the Costume Institute. Earlier this year, the museum launched a series of online videos called Connections, which highlight the perspectives and insights on art from the collection by curators and other staff members. 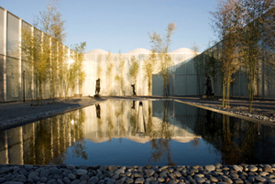 The North Carolina Museum of Art in Raleigh has been awarded a 2011 American Institute of Architects Honor Award for its new building, designed by Thomas Phifer and Partners. The award is the institute’s highest recognition for building design.

The National Endowment for the Arts has awarded more than $1.6 million in grants to support artist communities, colonies, and residency programs. Among the recipients are these CAA institutional members: the American Academy in Rome, New York ($75,000); Anderson Ranch Arts Center, Snowmass Village, Colorado ($15,000); and Bates College, Lewiston, Maine ($30,000).