Blane De St. Croix, an artist and associate professor of sculpture at Florida Atlantic University in Boca Raton, has accepted a 2011 Massachusetts College of Art Alumni Award for Outstanding Accomplishment.

Alexander Dumbadze, assistant professor of art history at George Washington University in Washington, DC, has received an award from the Arts Writers Grant Program, administered by Creative Capital and the Andy Warhol Foundation for the Visual Arts, in support of his article, “Jack Goldstein and the Origins of Postmodernism.”

Daniel Eisenberg, professor in the Department of Film, Video, New Media, and Animation at the School of the Art Institute of Chicago in Illinois, has been awarded a film/video grant from Creative Capital to help fund The Unstable Object, a film that will address the relationship between factory workers and the objects they produce.

Malik Gaines, a member of the artist collective My Barbarian, has received a grant in visual arts from Creative Capital in support of a series of workshops and public performances, titled Post-Living Ante-Action Theater. His group will collaborate with artists working in Israel and Egypt to stage visual, musical, and theatrical demonstrations. 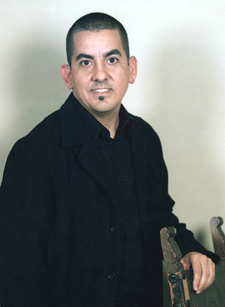 Ken Gonzales-Day had been awarded a visual-arts grant from Creative Capital in support of Profiled, an ongoing project that uncovers racial stereotypes from the seventeenth and eighteenth centuries. Gonzales-Day will use the grant to produce a series of workshops with middle school students in central Los Angeles that will explore themes of racial and ethnographic categorization in art viewing and making. 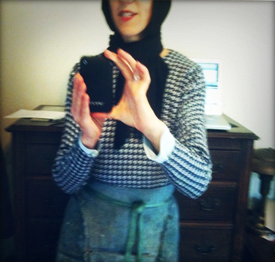 Julie Green, an artist and associate professor of art at Oregon State University in Corvallis, has received a 2011 Joan Mitchell Foundation Award for Painters and Sculptors. Green is one of twenty-five artists nationwide to receive the award. 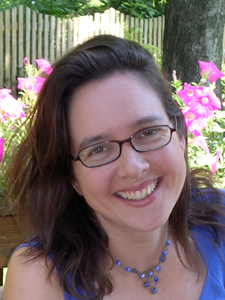 Michele Greet, associate professor of art history at George Mason University in Fairfax, Virginia, has been awarded a fellowship from the National Endowment for the Humanities for her project, “Transatlantic Encounters: Latin American Artists in Paris between the Wars.”

Natilee Harren, a doctoral candidate in the Department of Art History at the University of California, Los Angeles, is cowinner of the first Art & Education Paper Prize. Harren’s text, “Objects without Objects: The Artwork in Flux,” has been published in Art & Education Papers.

Jane McFadden, associate professor of art and design at Art Center College of Design in Pasadena, California, had received a grant through the Arts Writers Grant Program, a collaboration between Creative Capital and the Andy Warhol Foundation for the Visual Arts, in support of her forthcoming book, There and Not There: Walter De Maria.

Christine Mehring, associate professor of art history at the University of Chicago in Illinois, has accepted an award from the Arts Writers Grant Program, administered by Creative Capital and the Andy Warhol Foundation for the Visual Arts, that will support her forthcoming book, Munich ‘72: Olympian Art and Architecture. Written in collaboration with Sean Keller, Munich ’72 will examine the lost history of the art and architecture of the 1972 Olympics and its lasting effects on the global art world and the construction on German postwar identity.

Melissa Potter, assistant professor of interdisciplinary arts at Columbia College Chicago in Illinois, has received a faculty development grant to help produce a collaboration with a fellow artist and faculty member, Paul Catanese. Their project, Handmade Media, explores the intersection of electronic media and hand papermaking.

Emily Eliza Scott, an independent artist and scholar, has earned a grant from the Arts Writers Grant Program, administered by Creative Capital and the Andy Warhol Foundation for the Visual Arts. The award will support her forthcoming article, “Toxic Gardens: Patricia Johanson’s House and Garden Proposal (1969),” which addresses Patricia Johanson’s radical proposals for New York City parks in the late 1960s and their relationship to Land art, Minimalism, and an emergent ecologically conscious culture.

Roger Shimomura, a painter and professor of art at the University of Kansas in Lawrence, has received a $50,000 United States Artists Fellowship. Shimomura is known for work that investigates Asian American identity and, more recently, Muslim American identity in a post–September 11 world.

Deborah Stratman, a Chicago-based artist and filmmaker, has received a film/video grant from Creative Capital that will help fund her forthcoming film, The Illinois Parables, which explores a series of regional narratives while addressing themes of the rational, the supernatural, the political, and the mystical.

Jesse Sugarmann, an interdisciplinary artist and assistant professor of new genres at California State University, Bakersfield, has received a film/video grant from Creative Capital in support of We Build Excitement, a film about the American automobile industry and the manufacturing of American identity.

Christopher Sullivan, an artist and faculty member in film, video, and new media
at the School of the Art Institute of Chicago in Illinois, has been awarded a Creative Capital grant in film/video to help produce The Orbit of Minor Satellites, his forthcoming animated feature.

Meredith Tromble, an artist, writer, and associate professor at the San Francisco Art Institute in California, has earned a grant through the Arts Writers Grant Program, a collaborative venture between Creative Capital and the Andy Warhol Foundation for the Visual Arts, in support of her blog Art and Shadows, a platform to address contemporary art and its relationship to theories of mind and consciousness.

Murtaza Vali, a writer, art historian, and curator based in Brooklyn, New York, has accepted a grant for short-form writing through Creative Capital and the Andy Warhol Foundation for the Visual Arts’ Arts collaborative initiative, the Arts Writers Grant Program. Throughout the year Vali will produce critical writing that addresses figures of absence and presence in contemporary political art.

William Wilson has been recognized with a grant from the Arts Writers Grant Program, administered by Creative Capital and the Andy Warhol Foundation for the Visual Arts. The funds will help support Ray Johnson: An Illustrated Life in Art, a book that will examine Johnson’s life and work in the context of an extensive personal archive housed in Wilson’s home.