Maybe the Pay Isn’t Great, But the Satisfaction Is High 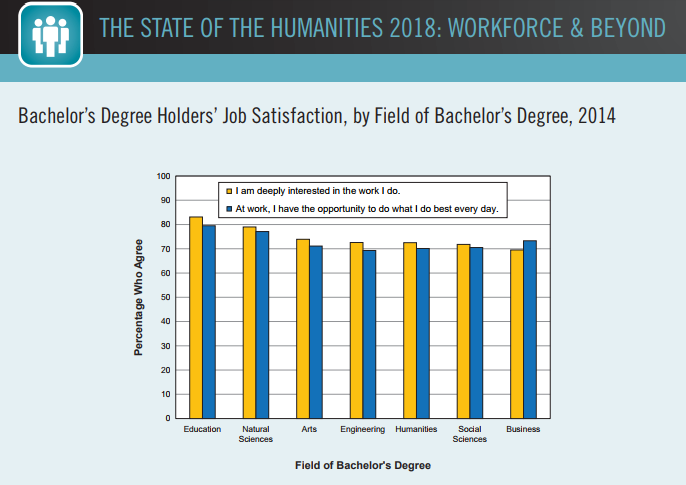 The Humanities Indicators project, an Andrew E. Mellon Foundation-funded initiative, just released the most recent numbers on salaries for those entering the the humanities professions. CAA has been an active participant in the initiative for the past few years.

Their survey shows that as of 2015, for arts graduates in the workforce, the median earnings for art history majors in the workforce with just a bachelor’s degree were $45,000, while those who had gone on to earn an advanced degree (which could be in any discipline) had median earning of $65,000. Graduates who majored in the arts had median earnings of $48,000 (with just a bachelor’s degree) and $60,000 (with an advanced degree). In all cases, these were slightly below the average for all fields.

These updates about earnings are tied to a new report on humanities majors in the workforce, which tries to look beyond earnings, and finds that when it comes to job satisfaction and perceived well-being, humanities majors are pretty much the same as graduates from every other field (including art majors).

Among the key findings in the new report: