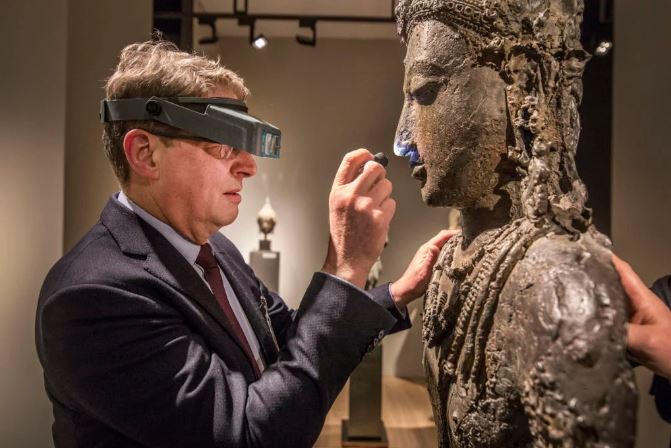 Thousands of students walked out of their schools today in a nationwide demonstration, one month after a gunman killed 17 people at a high school in Florida. (The New York Times)

MOCA Fires Chief Curator Helen Molesworth for ‘Undermining the Museum,’ According to Report

The reasons behind the firing comes via artist and MOCA trustee Catherine Opie. (Artnet News)

Earlier this month the US Department of Justice unveiled a multi-count indictment in a federal court. (The Art Newspaper)

Lost Art: Field of the Cloth of Gold

Noah Charney shares the stories behind some of art history’s most important works—those that we can no longer see. (The Art Newspaper)

Trump Nominates New Chairman for the National Endowment for the Humanities

President Trump on Friday nominated Jon Parrish Peede as chairman of the NEH, bringing to an end speculation about who would take the helm at an agency he has repeatedly targeted for elimination. (New York Times)

The Gray Market: Why Art Censorship Is Built into Facebook’s DNA

In late December, Facebook censored a user’s personal post featuring an image of the Venus of Willendorf. (artnet News)

Someone Yarn-Bombed a Guggenheim Museum Toilet with Gold Crochet

“We can confirm an intervention of a crocheted piece that covered a toilet on the museum’s Ramp 4.” (Hyperallergic)