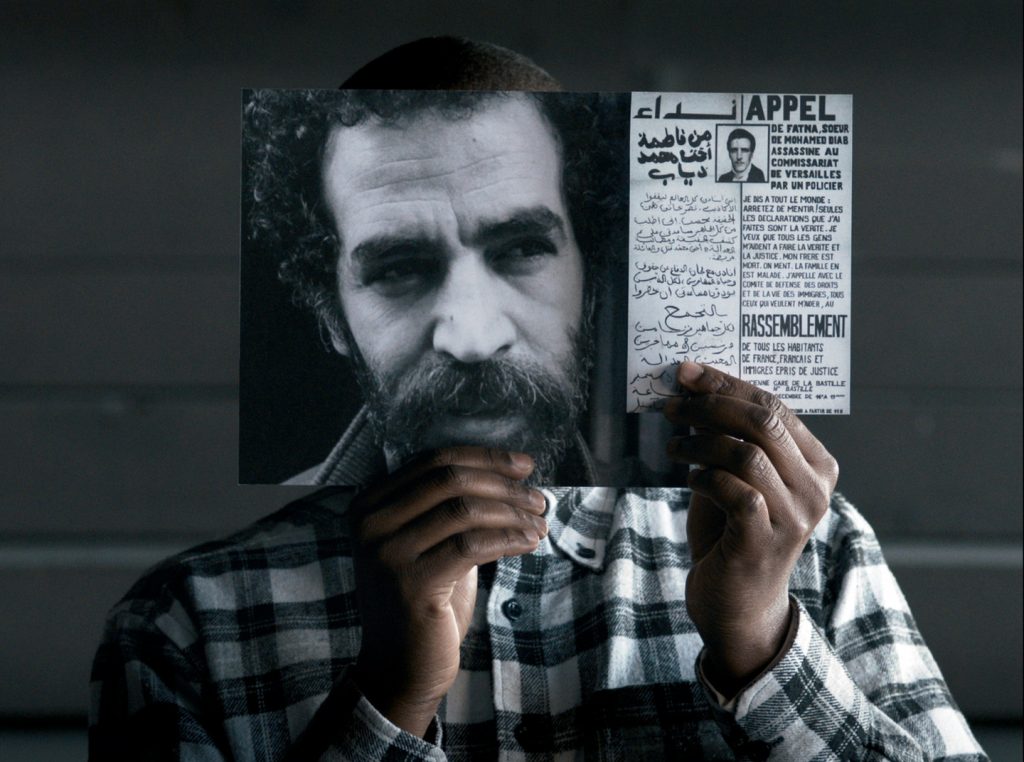 CAA’s Committee on Women in the Arts selects the best in feminist art and scholarship to share with CAA members on a monthly basis. See the picks for August below.

Pussy, King of the Pirates

By now the summer gallery group show is a well-worn and fairly stale exhibitionary trope. Guest curators are brought in to align artworks from the gallery’s roster of artists alongside a few choice loans. Pussy, King of the Pirates is perhaps the most vibrant example of the summer group show—one that attempts to put politics into coordination with a summer holiday.

The show, which gets its moniker from the Kathy Acker novel of the same name, is a collection of twenty “non-male” artists. That distinction is important as not all the artists share in an embrace of “womanhood” (whatever that may be), but each interrogates feminism’s expansive boundaries from their own conceptual and material practices. Highlights include the sublime, small, dark Monica Majoli painting of an ex-girlfriend (Black Mirror (Judie), 2012) and Laura Schnitger’s spangled pantyhose processional totems. Eleanor Antin’s sculptural portraits are brilliant, evocative, and alive; while Alison Saar’s sculptures hold the stoic center of the installation.

This vacation, for all its noise, is a respite for the politically engaged—a life-giving show full of possibility.

If you visited Kassel during documenta 14, you will remember the insightful warning “Being Safe is Scary” on the Fridericianum by the Istanbul-based artist Banu Cennetoğlu.  The quote comes from the posthumously published diary of a female Kurdish fighter that was the subject of the artist’s other documenta—this one shown in Athens—that better captured her interest in collecting, classifying, archiving and the politics of memory and knowledge. Idiosyncratically summing up the major concerns of her practice, along with their underlying obsession with “speaking for the others,” as recently described by the artist, her current exhibition at the Chisenhale Gallery comprises Cennetoğlu’s first commission by a UK Institution in the form of a major two-fold solo exhibition.

For her commission, Cennetoğlu has produced a new moving-image installation consisting of the artist’s own archive of digital images and videos sourced from various devices, such as mobile phones, computers, cameras and external hard drives. The work presents a continuous stream of unedited content, ordered in a chronological format from 2006 to 2018, and lasting 128 hours and 22 minutes. It is presented as a different six hour-long file each time the gallery is open. Tracing over a decade of personal, social and political change from the banality of life’s inconspicuous and conspicuous moments to salient moments of recent history, it comprises an important archive of our times marked by linearity and circularity that captures both the intersection of self and history as well the changes in image production and circulation. In conjunction with her installation Cennetoğlu also facilitated the distribution of The List in The Guardian newspaper on June 20, 2018, World Refugee Day. Compiled each year by UNITED for Intercultural Action, The List traces information relating to the deaths of 34,361 refugees and migrants who have lost their lives within, or on the borders of Europe since 1993. Since 2007, in collaboration with art workers and institutions, Cennetoğlu has facilitated updated versions of The List using public spaces such as billboards, transport networks, and newspapers. As a whole the exhibition thus effectively shows the impossibility of a complete separation of one’s own life from that of the other’s, and this drives Cennetoglu’s artistic explorations and its politics.

Huma Bhabha: We Come in Peace

On the roof of the Metropolitan Museum of Art two monumental figures face off. One, a janus-faced twelve-foot-tall alien, and the other, one of the artist’s signature Benaam—a prostrate, crumpled figure which she often uses to stand in for the nameless dead in the Iraq and Afghanistan wars. Although the works look like they’re made from plastic, Styrofoam, and earth, they are cast in bronze to withstand the elements.

Other artists have approached the Met’s rooftop with bombastic aplomb, topping its paving stones with flashy trinkets (Jeff Koons) or complex structures (Doug and Mike Starn). Bhabha is spare, restrained, and as a result leaves the space—which otherwise serves as a picturesque lookout onto Central Park—charged with the lingering inhumanity of the United States’s protracted international incursions.

Walking around and between the figures one feels caught in a crossfire—between recognition and strangeness, life and death, possibility, and certitude.

The French, and now Antwerp-based, winner of the 2013 Turner Prize, Laure Prouvost has continued to do what she was originally distinguished for: the awesome, often seductive, complexity with which she enjoins objects, multimedia images, and sound with language, in surreal combinations of life- and art-inspired story telling, often directly addressing the viewer. Prouvost’s work adopts the form of independent stories where action mixes with reality in immersive installations that invite escapism through an evocative combination of films, sculptures, paintings, tapestries, and performances. Imaginative, sensuous and full of humor, her work examines the relationships between language, image and perception, trapping the visitors in situations of pleasure, doubt and incomprehension evincing a delectably intense—both intellectual and multisensorial—wonder underpinned from a radically feminine excess.

For this typically exuberant return home, her first solo show in a Parisian institution, Prouvost responds to global warming and transforms Palais de Tokyo into a space where nature is purported to have taken over from humanity. Inviting both intimate and expansive exploration and a polyvalent meeting of paradise and wasteland, the exhibition begins through a curved corridor covered in woven tapestries that lures the viewer into an unknown territory. This eventually evolves into a metallic network of manufactured objects, interwoven with branches, car mirrors, her signature raspberries, collages, newspaper clips as well as vases in the shapes of bottoms. Flowers indicate that nature has annexed the building’s architecture and the outside world has broken in. At the center of the exhibition, a large fountain of breasts is waiting to feed the viewer, a respite where one can reflect after discovering the atypical panoramas conceived by the artist. There, a new video reflexively incorporates some of the physical elements present in the exhibition, complementing the multifaceted confounding that the rest of her works achieve, and inviting the viewer to question her/his preconceptions of the world at large.

Bringing a large selection of her work from the past ten years, this extensive survey introduces the radically experimental multimedia and documentary practice of French-Moroccan artist Bouchra Khalili (born in Casablanca, 1975 and now living in Berlin). Khalili is known for films, video installations, photographs and silkscreens that enable members of minorities to perform strategies of resistance against power, while systematically seeking for a new collective voice by articulating subjectivity and collective history.

The exhibition premiers Twenty-Two Hours, a new film that investigates Jean Genet’s commitment to the Black Panther Party, reflecting on the essential connection between poetry and collective emancipation, as well as The Tempest Society a work produced for documenta 14 in Athens, illuminating the artist’s long term reflection on radical equality and art as a civic platform. It also brings together older works that capture a variety of central topics underpinning her critical exploration of past and present, marked by all kinds of borders and their crossing, a critique of history and the present condition of civic society and the rescuing of all kinds of silenced voices. Among them stands out her look at globalized trade from the perspective of migrant laborers (The Seaman, 2012); displacement and forced journeys whether in the Mediterranean (The Mapping Journey Project, 2008-2011 and the “Constellation” series, 2011) or from the Caribbean to the US (as in the photographic series “Wet Feet,” 2012), as well as different modes of belonging (the
“Speeches”, 2012-3), and in the multimedia installation Foreign Office, 2015, unexpected contexts of liberation movements, such as Algiers.

For years now Mexican artist Pia Camil has employed used t-shirts as a primary material in her practice—elegantly tying together nostalgia, global capital, and architectural intervention. For her installation at the Dallas Museum of Contemporary Art (Bara Bara Bara, 2017) the shirts were sewn together into large quilts and floated from the museum’s cavernous ceiling Viewers could poke their heads through these colorful “clouds,” effectively separating their heads from their bodies, and becoming the inhabitants of a surreal topography.

In this installation Camil has sewn together hundreds of black concert t-shirts, obtained through a sequence of events at the museum and the nearby tianguis. Markets, formal and informal, thus structure the creation and display of the piece—as value is exchanged both through the activity of trade and the transformation of the humble t-shirt into a large-scale work of art. That the t-shirts “speak” their own message (the “mouth” of the exhibition’s title) is a necessary complication to the artist’s gesture. In this way the work exists somewhere, as per the exhibition’s press release, between “the fetish, the ritual, and the everyday.”