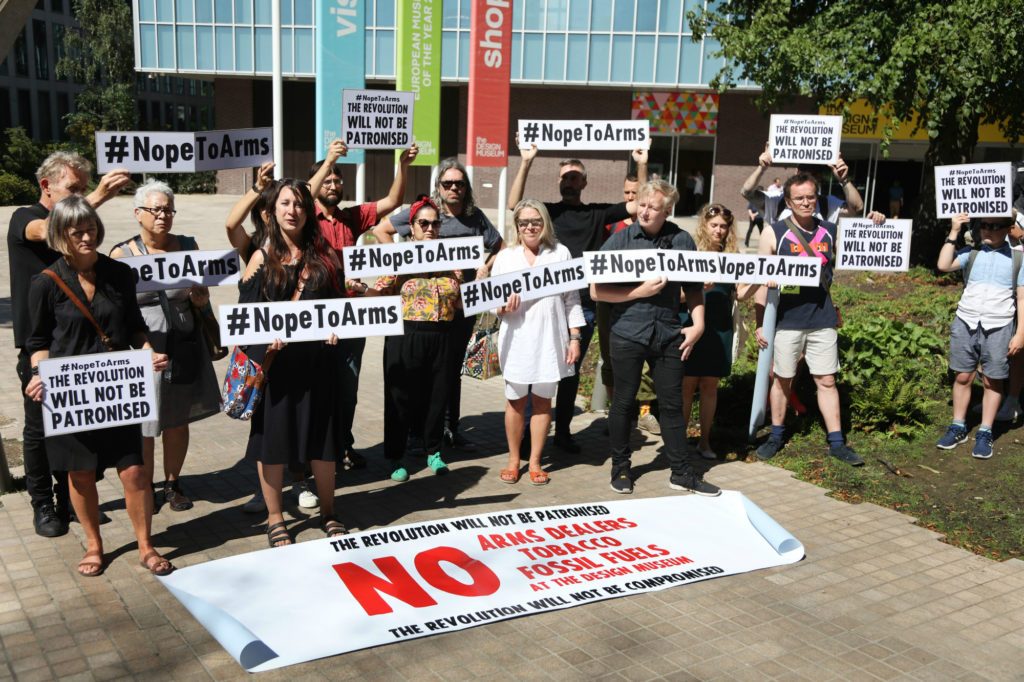 Artists removed their works from the Design Museum as a protest. Photo by Kristian Buus, via artnet News.

Artists are criticizing the museum’s response to its decision to host an event for a defense company. (artnet News)

The news comes in light of a healing process following the installation and subsequent removal of Sam Durant’s sculpture Scaffold. (Star Tribune)

Art Schools Aren’t Doing So Badly While Other Colleges Struggle

While art and design schools aren’t immune, they aren’t coming under as much pressure as other colleges. (Bloomberg)

The Kenan Trust has given $6 million to promote art that furthers social justice, from the Met and the Guggenheim to the Laundromat Project. (artnet News)

PBS has now finished airing its series Civilizations, a nine-part look at the global history of art. (Hyperallergic)

The Art of Learning: Why Art History Might Be the Most Important Subject You Could Study Today

“I cannot think of any discipline more inherently interdisciplinary than art history.” (Salon)