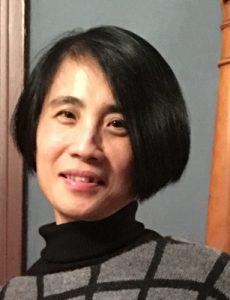 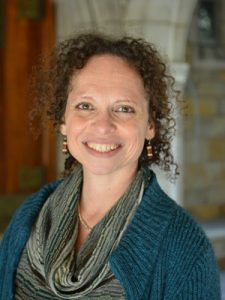 “CAA believes in interdisciplinary practice and collaboration in all programs and publications. The Art Bulletin’s rich and long history as the journal of record for the art history field will only benefit from this new coeditor approach,” said Hunter O’Hanian, executive director of CAA. “Professors Tseng and Gaifman are highly respected in the field and will bring to the journal diverse experiences and expertise that will be reflected in The Art Bulletin over the years of their editorship.”

Lillian Lan-ying Tseng is associate professor of East Asian art and archaeology at the Institute for the Study of the Ancient World at New York University and specializes in Chinese art and archaeology. The mediums she investigates are diverse, including city planning, architecture, sculpture, painting, calligraphy, textile, and bronze objects. The timeframes of her publications cluster in early imperial China, later imperial China, and the twentieth century. The issues she explores concern not only art objects but also broader contexts in which they are situated, such as how artisans appropriated scientific knowledge for religious purposes, how memory facilitated the creation, circulation, and reception of artifacts, and how political intentions or situations stimulated the development of visual and material cultures. She is the author of Picturing Heaven in Early China (Harvard University Press, 2011). She is currently at work on two book projects: one looks into the reception of antiquity and its impact on visual production in 18th-century China, while the other examines frontiers and visual imaginations in Han China.

Milette Gaifman is associate professor of classics and history of art at Yale University. She is a scholar of ancient art and archaeology, focusing primarily on Greek art of the Archaic and Classical periods. At Yale, she is jointly appointed in the departments of Classics and History of Art. Her research interests include the interaction between visual culture and religion, the variety of forms in the arts of antiquity, the interactive traits of various artistic media, and the reception of Greek art in later periods. In addition, her scholarship explores the historiography of the academic disciplines of art history and archaeology. She is the author of Aniconism in Greek Antiquity (Oxford University Press, 2012), and The Art of Libation in Classical Athens (Yale University Press, 2018); and coeditor of “Exploring Aniconism,” a thematic issue of Religion (2017), and “The Embodied Object in Classical Art,” a special issue of Art History (June 2018).

“It is a significant honor for Yale and for the field of Classical Greek Art that Milette Gaifman has been appointed co-editor of The Art Bulletin. Successor in this role to such hallowed Yale luminaries as Creighton Gilbert and Walter Cahn, Milette will bring the same dynamism and intellectual energy to the position that can be seen in her publications and her hugely successful teaching in our Department,” said Timothy Barringer, Chair and Paul Mellon Professor in the Department of the History of Art at Yale University. “Author of two path-breaking books, Milette is a scholar of wide-ranging tastes and interests, who insists on methodological rigor but also enjoys crossing scholarly borders and dismantling the shibboleths of orthodox thinking. Working with our respected former colleague, Lillian Tseng, she will doubtless bring a new, iconoclastic and perhaps occasionally irreverent spirit to an august journal.”