This article was written by Janet Landay, project director of the CAA-Getty International Program since its inception. 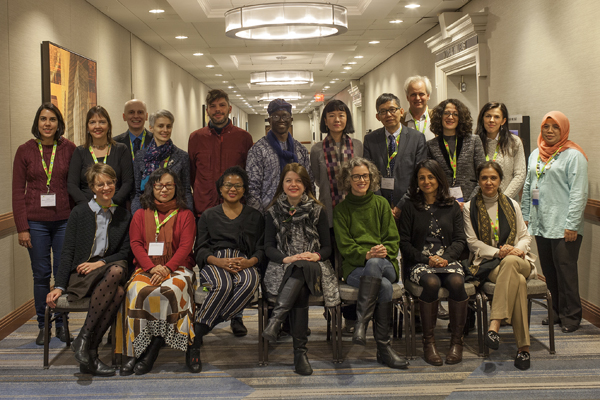 2019 participants in the CAA-Getty International Program, photographed at the Annual Conference in New York. Photo by Ben Fractenberg

This is open season for the CAA-Getty International Program; that is, we’re accepting applications from international scholars between now and August 23rd to participate in next year’s program at the Annual Conference in Chicago. This will be the ninth year of the program and we’re looking for academics, curators, or artists who teach art history from countries not well represented in CAA’s membership (primarily non-Western countries from the global south, all parts of Asia, and Eastern Europe). Specifically, we want to bring scholars who are advancing our understanding of the visual arts, be it through art history, visual studies, or any number of intersecting disciplines, such as aesthetics, history, post-colonial studies, gender studies, cultural heritage research, etc. The range of topics addressed by participants since the program began nine years ago is remarkable, as exemplified in last year’s programs included at the end of this article.

The mission of the CAA-Getty International Program is to bring new voices to the CAA community to enrich the conversation about globalization and inclusion in visual arts scholarship. Since it began in 2012, the program has brought 120 scholars from 46 countries to its conferences, including representatives from Argentina, Albania, Bangladesh, Benin, Brazil, Bulgaria, Burkina Faso, Cameroon, Chile, China, Croatia, Cuba, Czech Republic, Ecuador, Egypt, Estonia, Ghana, Greece, Haiti, Hungary, Iceland, India, Iran, Iraq, Lebanon, Malaysia, Mexico, New Zealand, Nigeria, Pakistan, Peru, Poland, Portugal, Romania, Russia, Serbia, Slovakia, South Africa, South Korea, Sri Lanka, Taiwan, Thailand, Turkey, Uganda, Ukraine, and Vietnam. Many of these scholars have returned to CAA conferences as speakers, session chairs, and members of CAA’s International Committee. They have also contributed articles to CAA’s publications and collaborated with scholars in the United States that they met while attending a conference. 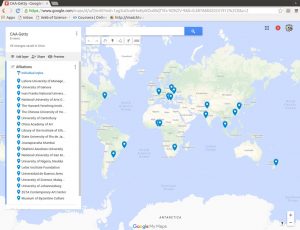 Each year, US-based CAA members serve as hosts to the international scholars, introducing them to colleagues, guiding them through the conference’s vast array of sessions and programs, and frequently taking them to museums and collections in town. To date, over 60 CAA members have participated in the program, supported with honoraria from the National Committee for the History of Art.

In 2020, we will bring fifteen new scholars and five alumni to the Chicago conference. Please help us spread the word of this grant opportunity to colleagues or institutions in the regions mentioned above by sharing this link to the program’s description and application.

And if you would like to participate as a host, send me an email at jlanday@collegeart.org. 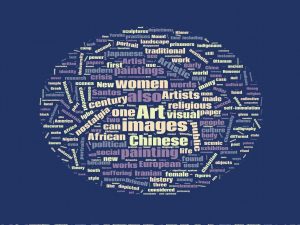 8:30 AM Coffee, welcome, and introductions

9:15 AM Examples of Defining or Constructing Aesthetics in Chinese and Japanese Art 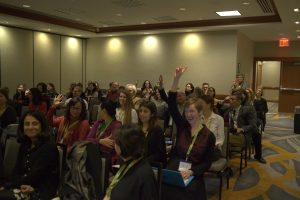 From Occidentalism to an Occidentalizing Art: An Iranian Gaze to the Occident
Negar Habibi, University of Geneva, Switzerland

Deconstructing Imperialism: The Intersection of Religion, Politics, and Design in the Iconography of a Christian Saint
Halyna Kohut, Ivan Franko National University of Lviv, Ukraine

The Reinvention of the Body in Volatile Times: Political and Artistic Intersections between Buenos Aires and New York in the 1980s
Viviana Usubiaga, National Scientific and Technical Research Council (CONICET), University of San Martín/University of Buenos Aires, Argentina

Art-historical curricula tend to provide imaginary “racks” on which each artwork could be assigned to chronological and geopolitical shelves. In practice, however, such systems has difficulties in accommodating phenomena that fall in-between proposed categorizations. Their presence in art-historical classrooms corresponds to cosmology ‘s Dark matter: it shapes the Universe while remains directly unobserved. Hybrid phenomena have produced an important impact on art scenes across historical periods and cultures, and illumination of this impact plays crucial role in making art history more fully global discipline. This session addresses cross-cultural entanglements and overlaps in which borders looses their fix and reveals their porosity. Structured around creative pedagogy it discusses specific historic cases from the teaching perspectives moving towards inclusive and collaborative paradigm especially in mixed-class environments engaging students and faculty from different countries. The panelist, who are the CAA-Getty International Program alumni from Asia, Latin America, and Eastern Europe, share their teaching methods that proves efficiency in navigating across cultures as well and theoretical optics providing optimal focus on transcultural dialog and reciprocal enrichment. 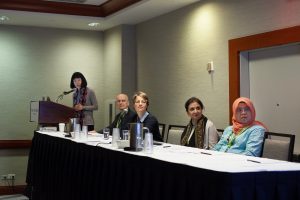 What happens when China and the West encounter each other? A clash of traditions may generate unexpected art forms that defy categorization, as tellingly revealed in the life and works of the multi-talented Italian Jesuit artist Giuseppe Castiglione (1688-1766), court painter to three Qing Emperors. Despite his popularity in China both during and after his lifetime, he is surprisingly little known in the West beyond those who specialize in classical Chinese art, with sparse literature in languages other than Chinese (mainly in Italian and French). Existing studies of Castiglione’s works, focusing largely on his paintings, tend to emphasize the “Western” trend he initiated in early modern China or his fusion of “European” and “Chinese” traditions, leading to oversimplification of both. A novel teaching course featuring cultural hybridity in both its subject and audience (a mixed group of Chinese and Western students) may help address such problems of transcultural interpretation and reception as exposed by the curious case of Castiglione. Using Castiglione’s art – painting, decoration and architecture – as a mirror, and by posing previously neglected questions such as “what is ‘non-Chinese’ or ‘non-Western’ in his works, and “which ‘Chinese’ and ‘European’ artistic styles/techniques did he adopt, adapt, or reject”, the course seeks to stimulate more profound reflections on the sophisticated, sometimes ambiguous traditions of both Chinese and European art, their compatibility and incompatibility, and to illuminate the confused in-between areas.

Developed since the 1990s by Latin American thinkers, decolonial theory became an effective tool to teach East European art. Concepts, such as “border thinking” (Walter Mignolo) and “transmodernity” (Enrique Dussel), which dealing with bicultural identity in Latin America and postulating a non-hierarchical, inter-epistemic dialogue between cultures, offer a new framework to reconsider transatlantic artistic exchanges and cultural polarizations within the European continent. The paper will analyze how transmodern and decolonial approaches could shed new light on East European art and its dialogue with non-Western cultures. Quotations of customs and rites from Polish folklore by the Polish/Mexican artist Marcos Kurtycz were the result of his biculturalism, as well as an artistic strategy aiming at distinguishing himself on the Mexican scene. Self–identification with African cultures and politics by the Polish artists of the 1980s (Marek Sobczyk, The Luxus Group) could be explained as proof of the artists’ criticism of the Non-Aligned Movement, the symptom of their “radicalized utopian inclusivity” (Boris Groys), and as their critical comment on the late Socialist societies in the processes of Westernization.

Traditional arts in the Indian subcontinent are strongly allied to oral traditions and to written text including both folklore and literature. Examples of these abound in secular and religious realms and are manifest in a large body of miniature paintings and murals showing the Hindu stories of Heer-Ranjha, Sassi-Punnoo and Dhruv Bhagat and relief panels illustrating Buddhist jataka tales and Hindu epic poems such as the Ramayana and Mahabharata. This paper maps the depiction of Guru Nanak, the first of the ten Sikh gurus, and their dependence of the Indian visual vocabulary taken from folklore, literature and cultural practices. He is usually painted with a fixed set of attributes, each laden with references to cultural practices and beliefs: some long forgotten, others have remained current until this day. Modern interventions however, have obscured meanings of many of these concepts and practices making it difficult today to fully understand their significance in their iconographic program. Refreshing the forgotten relationship between the word and image promises to lead to creative pedagogical possibilities where realms of imagination, rendition and performance can be navigated to connect not only with the creators and viewers of art but also the ones who dwell in it.

This paper explains and discuses my recent and first Collaborative Online International Learning (COIL) with an American university within the context of students’ cross-cultural encounters imbedded through Art History subject(s). In the 15 weeks of Malaysian Modern Art (VHS 202) and Selected Topics In Asian Art (ARTH 294) class, my American collaborator and me, designed and aligned our art history classes pedagogy cross-culturally taking in various considerations of Malaysian and American context into our teaching outcome. This paper will discuss how we have adopted and adapted the COIL module in our own classes, and innovate our collaborative engagements using Facebook as our main platform. From tasks such as personal introductions of students from both Malaysian and American classes, group videos of their cultural/national background, to producing group videos on artworks and /or material culture from local institutions, to completing cross collaboration group work tasks—this pedagogical approach had managed to expose students to different cross-cultural realities and encounters (and even time zones) weaved into their learning experiences. This paper will discuss the context of such creative pedagogy in the context of how Art History can also be a platform to disseminate creative knowledge today.

Apply to the 2019 CAA-Getty International Program