CAA offers Annual Conference support grants to graduate students in art history and to international artists and scholars. Meet this year’s recipients of our named support grants and find information about their presentations at the conference and their corresponding session below. Dozens of other support grants were given to CAA members through the Presidents Council of CAA and the “Pay it Forward” initiative.

The CAA Support Grant in Memory of Archibald Cason Edwards, Senior, and Sarah Stanley Gordon Edwards was made possible by Mary D. Edwards. The grant supports women who are emerging scholars at either an advanced stage of pursuing a doctoral degree or who have received their PhD within the two years prior to the submission of the application. 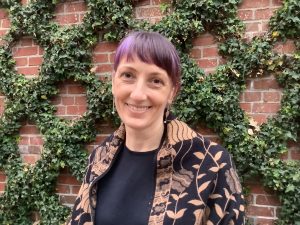 Kristan M. Hanson is an art historian and plant humanist. Her research examines the historical significance of individual plants and botanical forms in art to deepen understandings of human/plant interactions and anthropogenic environmental change. She currently holds a consultancy as Managing Digital Editor for the Plant Humanities Initiative at Dumbarton Oaks, prior to which she was a 2020–2021 academic year fellow. Hanson has also received fellowships and awards to support her research from the Oak Spring Garden Foundation, HASTAC Scholars program, Hall Center for the Humanities, and Institute for Digital Research in the Humanities. 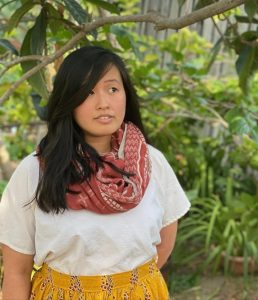 Cynthia Kok is a Ph.D. candidate at Yale University. Her dissertation focuses on sensorial engagement in making and craft experiments with mother-of-pearl in the early modern Dutch world. Cynthia received her MA from Bard Graduate Center and her BA from the University of California, Berkeley. She has held curatorial internships at the Metropolitan Museum of Art’s Costume Institute, the Frick Collection, and the Smithsonian American Art Museum and she is the 2021-2023 Kress History of Art Institutional Fellow at the Leiden University Centre for the Arts in Society (LUCAS). 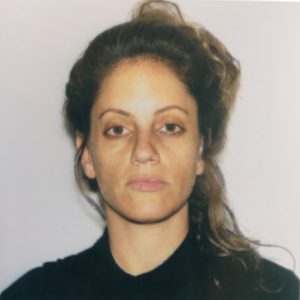 Shoghig Halajian, University of California San Diego
Presentation at the Annual Conference: “Destroying the Form: On the Spatial Politics of Rafa Esparza’s bust: A Mediation on Freedom”
Session: Monumentality in Art: Memory, History, and Impermanence in Diaspora

Shoghig Halajian is a curator and art historian, who serves on the Board of Directors at Human Resources LA and was previously Assistant Director at LACE (Los Angeles Contemporary Exhibitions). She is co-editor of the online journal Georgia, in collaboration with Anthony Carfello and Suzy Halajian, which is supported by a Creative Capital | Andy Warhol Foundation Arts Writers Grant. She has presented projects at the Hammer Museum and the ONE Archives at USC Libraries in Los Angeles; Le Magasin–National Center for Contemporary Art in Grenoble; Al Ma’mal Foundation for Art in Jerusalem, UKS in Oslo, among others. She was a 2021 Research Fellow at Ocean Space–TBA 21 in Venice. She is a Ph.D. candidate in Art History, Theory and Criticism with a Critical Gender Studies emphasis at University of California, San Diego, where her research explores contemporary queer aesthetics and performance through a critical race lens, focusing on artistic experiments with collaboration.

Recognizing the value of the international exchange of ideas and experience among art historians, the Kress Foundation is offering support for international scholars participating as speakers at the 2022 CAA Annual Conference. The scholarly focus of the papers must be European art before 1830. 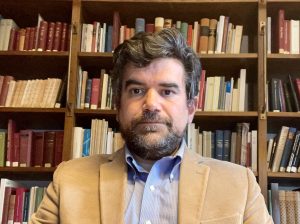 Lorenzo Vigotti, Kunsthistorisches Institut in Florenz
Presentation at the Annual Conference: “Diplomatic Exchanges and Architectural Inventions along the Silk Road: The Case of Soltaniyeh and Santa Maria del Fiore”
Session:  Beyond the Silk Road

Lorenzo is a trained architect with a M. Arch. from the University of Florence, Italy, and a Ph.D. in architectural history from Columbia University with a dissertation on the origin of the Renaissance palace. He is currently a post-doc at the Kunsthistorisches Institut in Florence, where he studies the shift in spatial organization in domestic residences between the 14th and the 15th century, with an emphasis on early collecting practices and the birth of the studiolo as a manifestation of power by the urban oligarchy. Together with Shahid Beheshti University in Tehran, Iran, Lorenzo is exploring the circulation of architectural knowledge between medieval Persia and Italy, specifically the materiality and the problems of preservation of brick dome structures. Finally, he oversees the virtual reconstruction of the now lost Florentine ghetto at the Medici Archive Project. 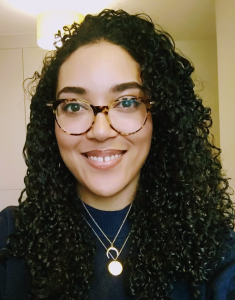 Ana is originally from New Zealand and completed her bachelor’s degree in the History of Art and French at the University of Auckland. She continued her studies at the Université Paris-Sorbonne, then earned her MA in the History of Art at the Courtauld Institute in London, specializing in early modern Netherlandish artistic production. She began her PhD under the supervision of Professor Ulinka Rublack at the University of Cambridge in 2019, funded by the Prince of Wales International Scholarship. Her doctoral research investigates the relationships between women, dress, and portraiture in seventeenth-century Genoa, with a focus on the oeuvres of Flemish painters Peter Paul Rubens and Antony van Dyck. She is the recipient of the inaugural Society for Renaissance Studies/British School in Rome Residential Doctoral Research Scholarship for 2021/22. Her work and projects have been supported by the Royal Historical Society, Centre for Research in the Arts, Social Sciences and Humanities, Magdalene College, Cambridge, and the Cambridge Trust. 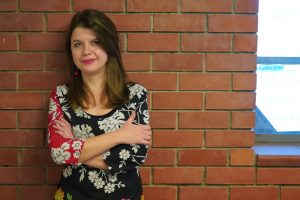 Iro Katsaridou, Museum of Byzantine Culture, Thessaloniki, Greece
Presentation at the Annual Conference: “Through Foreign Eyes: Curating the 1821 Greek War of Independence”
Session: Instrumentalizing Memory and the Politics of Commemoration

Iro Katsaridou was recently (2021) appointed Director of the Thessaloniki Museum of Photography, Greece. Previously, she has worked as curator of modern and contemporary art at the Museum of Byzantine Culture in Thessaloniki. She studied art history at the Aristotle University of Thessaloniki and the Université Paris I-Sorbonne, and also pursued museum studies at the City University of New York. Her doctoral dissertation (Aristotle University, 2010) focused on contemporary Greek photography. Iro has researched photography and art in wartime (World War I and II), curated exhibitions and edited related catalogues in this particular field. More recently (2021) she has curated an exhibition at the Museum of Byzantine Culture on the aspects of Philhellenic movements in art and the Greek War of Independence. She has taught as adjunct faculty at several Greek universities. She has co-edited two books on photography during the Nazi Occupation of Greece (1941-1944), one on the art of World War I in Greece, and written articles and book chapters on photography, museum policies, as well as the relationship between contemporary Greek art and politics. She has presented her research in international conferences, while in 2019 and 2020 she participated in the CAA-Getty International Program. 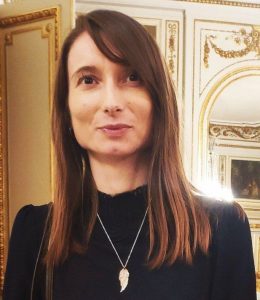 Jana Kantoříková, Sorbonne University/CNRS
Presentation at the Annual Conference: “Crucified Women: The Way of the Cross in the Symbolist Movement”
Session: Women in Art in the second part of the 19th century-early part of the 20th

Jana Kantoříková is an associated researcher at the Center of Interdisciplinary Research on Central, Eastern and Balkanic Europe at Sorbonne University/CNRS. She received her PhD in Slavic Philology, History of Czech Literature and Literary Theory at the Charles University in Prague and the University of Regensburg (2018). She taught at the University of Passau (Germany) and the Sorbonne University. Her research focuses on European modernisms and cultural transfers between France, Germany and the Czech lands, for example “Horror Fragmenti in Czech Symbolism” in Angst, Anxiety, Anguish in Fin de Siècle Art and Literature (Cambridge Scholars Publishing, 2020) or “Le Cycle de la volupté et de la mort : ‘livre empoisonné’ et ornementation du péché” in L’art (décoratif) du livre fin-de-siècle: éloge du parergon (Éditions Otrante, 2021). She is currently working on projects related to the reception of Friedrich Nietzsche in Central Europe and the blackness imagery in the Czech lands in the 19th century. 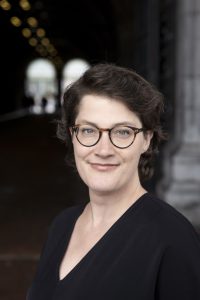 Judith Noorman, University of Amsterdam
Presentation: “The Invisibility Myth. Women, Art and Household Consumption in the Dutch Republic”
Session at the Annual Conference: Archive, Object, Image: Reading Against the Grain in the Dutch and Spanish “Golden Ages”

Judith Noorman is Assistant Professor of Art History in the Early Modern Period and Director of the Amsterdam Centre for Studies in Early Modernity (both at the University of Amsterdam). As of September 2021, she is leading a governmentally funded NWO VIDI project: The Female Impact. Women, Art and Household Consumption in the Dutch Republic, 1580-1720. She earned her PhD at the Institute of Fine Arts, New York University and has conducted postdoctoral research at the Drawing Institute, Morgan Library & Museum. At the 110th CAA Annual Conference, she is presenting a paper on The Invisibility Myth. Women, Art and Household Consumption in the Dutch Republic, as part of the HNA-sponsored session Archive, Object, Image: Reading Against the Grain in the Dutch and Spanish “Golden Ages”, which is chaired by Carrie J. Anderson and Marsely Kehoe.