CAA’s Committee on Women in the Arts Annual Recognition Award, 2006 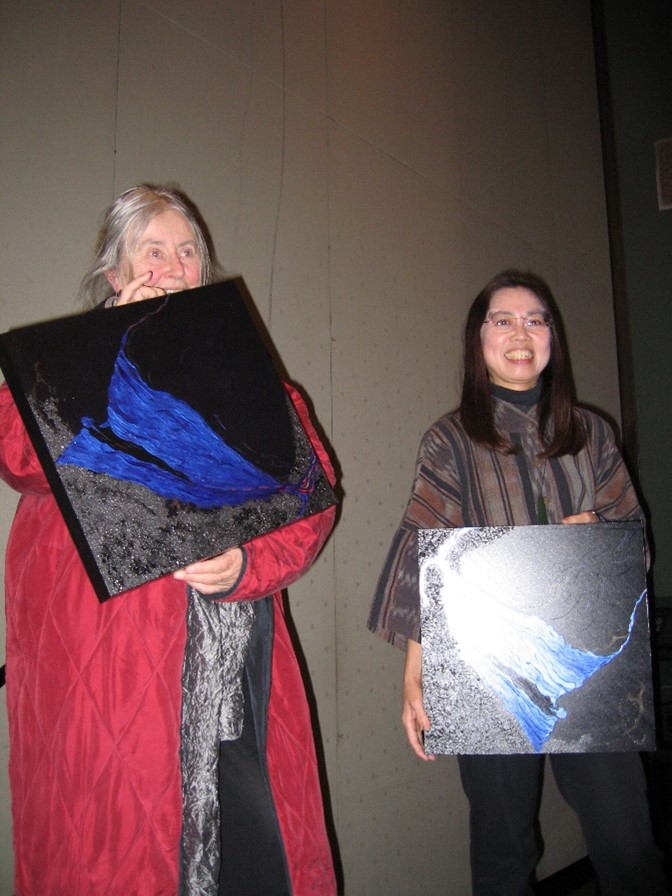 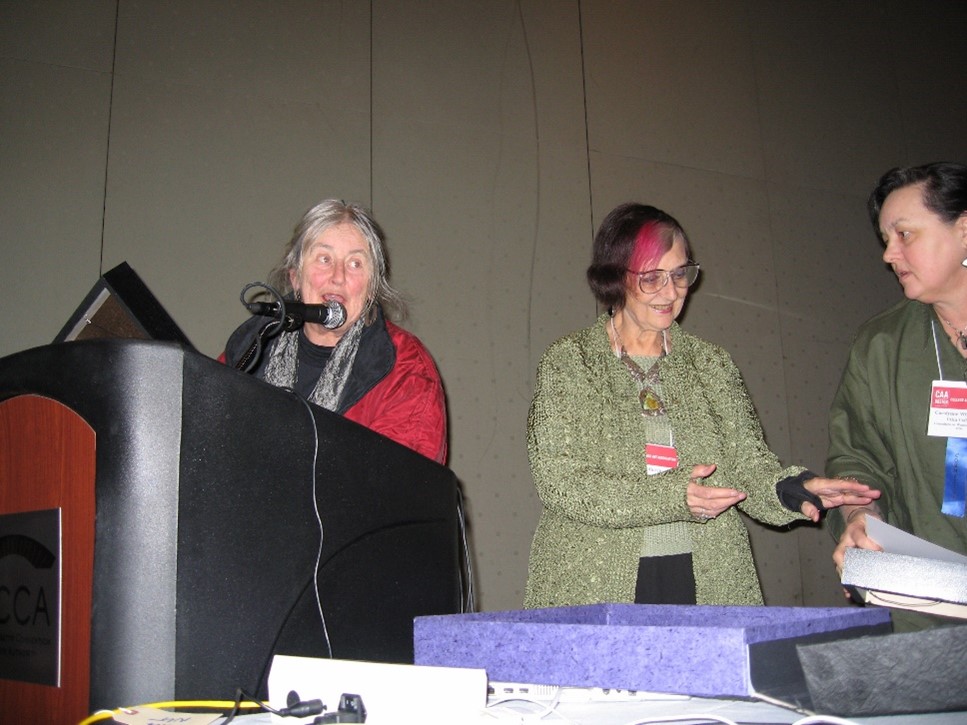 Moira (left) talking at the podium while Eleanor Dickinson (middle), then chair of CWA getting ready with the award gift created by Carolyne Manosevitz

In 2006, during the CAA Annual Conference in Boston, the Committee on Women in the Arts (CWA) honored Moira Roth (Trefethen Professor of Art History at Mills College in Oakland, CA) and Trinh T. Minh-ha (Professor of Women’s Studies and Rhetoric/Film at the University of California at Berkeley) with the CWA Annual Recognition Awards. Then CWA member, Carolyne Manosevitz, offered her own paintings as the award gifts. Roth, who recently passed away, was one of the first scholars to publish on feminist performance art. Her books, The Amazing Decade: Women in Performance Art in America (1983)and Rachel Rosenthal (1995), were groundbreaking. Minh-Ha is a Vietnam-born filmmaker, writer, and composer, whose practice is positioned within the fields of feminist and post-colonial studies.

Midori Yoshimoto is associate professor of art history and gallery director at New Jersey City University. Yoshimoto specializes in post-1945 Japanese art and its diaspora with a focus on women artists, Fluxus, and intermedia. Her 2005 book, Into Performance: Japanese Women Artists in New York, led to numerous publications including an essay in Yoko Ono One Woman Show (Museum of Modern Art, New York, 2015). Yoshimoto co-curated a major survey exhibition of Japanese American artist Shigeko Kubota, which traveled three museums in Japan in 2021-22. Its catalog, Viva Video! The Art and Life of Shigeko Kubota was published by Kawade Shobo Shinsha and received the Ringa Art Encouragement Award in Japan. She is also a co-editor and author of a recent publication, Women, Aging, and Art: A Crosscultural Anthology (Bloomsbury, 2021).

In 1972, CAA founded its first committees devoted to women in the arts. As a part of this yearlong 50th anniversary celebration, we are sharing historic materials from CAA members and archives that intersect with feminism at the organization, including CAA’s Committee on Women in the Arts (CWA) and our Affiliated Societies, Women’s Caucus for Art (WCA) and The Feminist Art Project (TFAP).

This celebration culminates in a program and reception at Boston University’s Joan and Edgar Booth Theatre on Friday, September 23, 2022. This program will reflect upon the incredible history of feminist pioneers at the organization while looking toward a more inclusive, equitable future through the continued work of the CWA. The members of CWA are carrying the torch of feminism during this crucial time of precarity for women’s rights.

Over the next couple months, visit this site (CAA News) and our social media pages to explore more about this history and items from our archives.