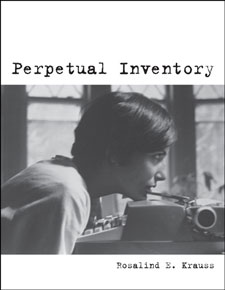 The 2012 Distinguished Scholar Session, taking place at the 100th Annual Conference in Los Angeles, will honor Rosalind E. Krauss, University Professor at Columbia University in New York. Yve-Alain Bois of the Institute for Advanced Studies will chair a session, called “The Theoretical Turn,” in which five to six participants—among them Harry Cooper, Jonathan Crary, Benjamin H. D. Buchloh, and Hal Foster—will explore and celebrate Krauss’s many contributions to the history of art. The Distinguished Scholar Session will be held in Room 515B at the Los Angeles Convention Center on Thursday, February 23, 2:30–5:00 PM.

Krauss’s acute observation of twentieth-century art began at Wellesley College in Massachusetts, where she received her undergraduate degree in 1962. She began writing criticism in 1966, mostly for Artforum, while working on her PhD at Harvard University, which she earned in 1969. MIT Press published an expanded version of her dissertation as Terminal Iron Works: The Sculpture of David Smith in 1971.1

Krauss continued writing criticism and generating art-historical essays that challenged steadfast analyses of Auguste Rodin, the Surrealists, and Jackson Pollock, to name a few topics. She joined the Artforum editorial board in the late 1960s and appeared on the masthead as assistant editor from 1971 to 1974. Krauss and her colleague Annette Michelson left the magazine in 1975 to establish the scholarly October, which strove to forge a relationship between contemporary concerns and scholarship, with particular emphases on the history of modernism, its fundamental premises, and the ability of writing to reinvigorate the era. For Krauss and others, October was an opportunity to integrate artists such as Richard Serra and Sol LeWitt into their theoretical convictions and investigative criticism.

Krauss collected her essays into several influential books, including Passages in Modern Sculpture (1977), The Originality of the Avant-Garde and Other Modernist Myths (1985), and Bachelors (1999). She has also written monographs on David Smith and Cindy Sherman, among others, as well as shorter books such as The Optical Unconscious (1993) and A Voyage on the North Sea (New York: Thames and Hudson, 2000). Her curatorial work—which includes Joan Miro: Magnetic Fields (1971) and Robert Morris: The Mind/Body Problem (1994) at the Solomon R. Guggenheim Museum and Richard Serra/Sculpture at the Museum of Modern Art in 1986—has resulted in significant advances in art history while relaying her amorous relationship with the provocations of Minimalism and the tactility of sculptural mediums. Most recently, she organized L’Informe: Mode d’emploi with Bois at the Centre Georges Pompidou in 1996.

For the last decade, Krauss has battled what she calls the “post-medium condition”—the claim that a momentous shift from a singular artistic medium (such as canvas, plaster wall, or metal armature) to work that amalgamates various materials has only advanced ambiguity in art. In contrast, she suggests that the specificity of the aesthetic medium vitalizes modernism’s strengths, and that contemporary work that integrates text and technology has the capacity to triumph in similar terms. Perpetual Inventory (2011) is Krauss’s most recent publication intent on restoring logic and scrutinizing specificity in the history of art. A personal meditation on the relationships between aesthetics and memory, called Under Blue Cup, is forthcoming.

The integration of literary and philosophical references in her writing, combined with an enthusiasm for ravaging stagnant theories, has made Krauss a tenacious teacher and mentor. She joined Hunter College in New York in 1974, rising to Distinguished Professor both there and at the Graduate Center. In 1995 she transitioned to the Department of Art History and Archaeology at Columbia, where she became Meyer Shapiro Professor of Modern Art and History and then, ten years later, University Professor. Krauss’s experiences as a scholar and educator culminated in the textbook Art since 1900: Modernism, Antimodernism, Postmodernism (New York: Thames and Hudson, 2004), a didactic yet vital interpretation of modern art that was coauthored by Bois, Buchloh, and Foster. (A revised edition is expected soon.) As a further testament to her academic success, Krauss was an honorary degree from the Courtauld Institute of Art in 2008 and another from Harvard University in 2011.

1. MIT Press in Cambridge, Massachusetts, has published Krauss’s books mentioned in this article, unless indicated otherwise.