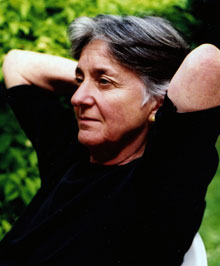 Svetlana Alpers is distinguished not just in the colloquial sense of eminent and renowned, but more precisely in the distinctness of her work and intellectual person. In Alpers, distinctness manifests as clearly delineated position and as consistent intellectual trajectory. Each of her publications has demarcated a new critical space within a dense field of argumentation on artists, pictures, texts, and cultural moments of signal consequence for the European tradition of painting. From her first article—the remarkable rereading of Vasari’s Vite as staking out a new aesthetics (1960)—Alpers has surprised, delighted, and, one of her favorite words, vexed her readers with novel readings and viewings of artists about whom, it would seem, we had said all: Vasari, Bruegel, Rubens, Velazquez, Tiepolo, Rembrandt, Vermeer. Never shy of the large historical argument, and convinced that, like the making of art, art history should be motivated by problems, she intervened crucially in overarching questions like art history’s double-barreled name and mission—does art give access to history, or the other way round, or is the interest in the tension?—and the epistemological status of all Dutch depicting in the seventeenth century.

The distinctiveness of Alpers’s contributions is enhanced by a style that makes you remember her interpretations by their pithy phrasing, apt literary reference, or sudden summations. “Is art history?” “No telling, with Tiepolo.” The language never feels pedantic, recondite, or forced; forceful would be a good word for it, and visual even better. Reading Alpers, you see what she thinks she saw, or, following Michael Baxandall, what she thinks about what she saw, even if you can’t believe your eyes, as many could not when tracking her probing look at what Silenus’s black reveler was up to in the Drunken Silenus of Rubens (The Making of Rubens, 1995). 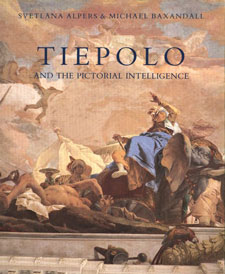 Alpers’s way with words is a matter of deep affinity for language. She came from the study of literature at Radcliffe, where she was taught close reading the old-fashioned way. Although the infinite regress of literary interpretation bored her, she retained the attentive habit. A lecture course on quattrocento painting with Millard Meiss drew her to art history. Hoping to become a historian of Byzantine art, she took up studies with Richard Krautheimer at New York University’s Institute of Fine Arts. Wonderful as she found his mentorship and intellectual rigor, he was teaching deserted architectural sites in the Mediterranean rather than the objects that captivated her. On transferring to Harvard, she took a seminar with the visiting Ernst Gombrich; it soon yielded the Vasari paper. Gombrich’s uncommon visual acuity shaped the direction of her art-historical work. He was one of several scholars of a marked phenomenological bent and articulate precision who engaged and inspired her; Michael Podro, the philosopher Richard Wollheim, and Michael Baxandall were others. All these writers were motivated by the oddity of the ancient impetus to use words to describe and explain pictures. Over time, Alpers’s writing has acknowledged this incommensurability of words and pictures with increasing awareness, as is evident in the extraordinary quality of descriptive comparisons, particularly in Tiepolo and the Pictorial Intelligence (1994), written with Baxandall, and The Vexations of Art (2005), with its powerful passages on Velázquez and Rubens.

Looking at art with Alpers, in writing or in person, is a remarkable pleasure. Her emphasis on looking first has been as central to her teaching as to her writings. At the University of California, Berkeley, where she taught for thirty-two years, she took equal stock in the enormous stimulus of her graduate students and in teaching undergraduates well. Her PhD students have assumed leadership positions in the field, pursuing tracks set out by Alpers but charted with the independence of mind she exemplifies and cherishes. Young scholars of Netherlandish art who were not at Berkeley became her students, entering the field because The Art of Describing (1983) energized it with its dynamic argumentation, its close looking, and its bold vision of an unusually innovative period in the history of art. Even if Alpers would resist the excessive focus on that book as her transformative contribution, that is what it was, as its ideas were taken up well outside the discipline. In the early days of interdisciplinarity, when art history was examining its own relevance, Alpers, along with others, showed that pictures were important things to think with. She would say: to look at!

An openness to the strangeness of pictures as things made for seeing bound Alpers to the late Michael Baxandall. With him she shared intellectual origins in the study of literature, as well as a central concern for the distance between words and paintings. The pleasures of France gave common ground to their different and complementary styles of being in the world. If a marriage of true minds can be, as in Shakespeare, they had it.

From her recuperation of Bruegel as amused anthropologist to her claims for Rembrandt as entrepreneur of the self, from her recovery of Rubens as painter to her capture of Velázquez as curator-critic, from her insistence on Vasari’s aesthetic purpose to her redirection of Dutch art studies, Alpers has injected enough energy into the critical discourse to make for multiple distinguished careers. Her persistent emphasis on the centrality of making and aesthetics to the history of art put her at a distinct angle to the arc of art history’s developments after World War II, when disciplinary specialization worked against broad questions and against the notion that anyone could write with equal credibility about art and artists in Italy, Spain, and the Netherlands—North and South. The rise of social history and identity politics as forces in the discipline registers in her work without being central to it, for example in the rich context of natural history, mapmaking, and craft she sketched for Dutch paintings, or in her arguments about Rembrandt’s studio and style. Her sense of gender as question only emerged when she pursued Michelangelo’s argument (as cited by Francisco de Hollanda) about the differences between Netherlandish painting as art for women and Italian art as masculine endeavor. So gender was for her an intellectual and critical issue, rather than a matter of current gender politics. Alpers has never insisted on her status as a woman at the very top of her discipline, powerful though her example has been for female art historians.

The rhetorical force of Alpers’s contributions has made many see her as a quintessential agonist, at loggerheads with traditional art history. Alpers is impatient with that reputation. She was always drawn to Europe (her father was Russian), and her teachers were mostly Europeans. Her assumption had been that she was carrying on a European tradition in the study of the history of art as a philosophical, historical, critical, and aesthetic field. The book that first made the history of art significant to her as intellectual enterprise was Erwin Panofsky’s Meaning in the Visual Arts, a record of an active mind proposing interesting questions about the structure of images and addressing them with a density and breadth of commentary. The journal Representations, which she cofounded with Stephen Greenblatt at Berkeley in 1982, helped renew that sense of seriousness in the humanities. It has given powerful and varied voice to multidisciplinary thought about all genres and media of cultural production.

Yet making, not meaning, remains her primary concern in the visual arts. Her move to New York upon her early retirement in 1994 was also a move from the academy into a world of working and exhibiting artists. She has immersed herself in this creative domain, though she is a critic of the art of our time (in both senses of the word critic). And so she has been writing and making. She is writing Roof Life, and, together with the painter Jim Hyde and photographer Barney Kulok, in 2007 made Painting Then For Now—collaborative prints taking off from three Tiepolos at the Metropolitan Museum of Art. The suite was acquired by the Museum of Modern Art, and so it now lives in one of the sources of Alpers’s abiding commitment to pictures.