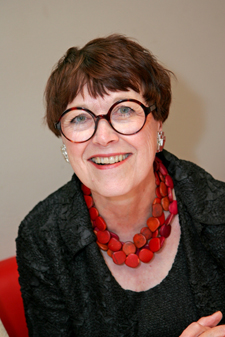 Wanda M. Corn, professor emerita of art history at Stanford University, has been named CAA’s 2014 Distinguished Scholar. Corn will be honored during a special session, sponsored by the Terra Foundation for American Art, at the upcoming Annual Conference in Chicago.

Corn is Robert and Ruth Halperin Professor Emerita in Art History at Stanford University. Since her retirement in 2008 she has been a fellow at the Sterling and Francine Clark Art Institute (2010) and the Georgia O’Keeffe Research Center (2013). These appointments have capped a highly distinguished career that has included chairing the Department of Art and Art History at Stanford, directing the Stanford Humanities Center, and serving as acting director of the Stanford Museum. She has also been the Samuel H. Kress Professor at the Center for Advanced Study in the Visual Arts, National Gallery of Art (2006–7), and the John Rewald Distinguished Visiting Lecturer at the Graduate Center, City University of New York (2009).

Corn has sat on numerous boards, including that of the Terra Foundation for American Art, the Andrew and Betsy Wyeth Foundation for American Art, and the Advisory Committee of the Winslow Homer House and Studio in Prouts Neck, Maine. In 2007 she received CAA’s Distinguished Teaching of Art History Award and the Lifetime Achievement Award in the Visual Arts from the Women’s Caucus for Art. 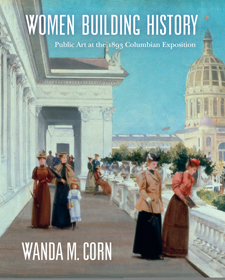 Corn has worked ceaselessly as a curator and professor since receiving her MA in 1965 and her PhD in 1974, both from the Institute of Fine Arts, New York University. The catalogue and exhibition The Art of Andrew Wyeth, which she curated in 1973 for the Fine Arts Museums of San Francisco (FAMSF), helped to produce her dissertation, “Andrew Wyeth: The Man, His Art and His Audience.” This influential exhibition of the understudied work of a modern American master was followed in the late 1970s and 1980s by other shows that brought to light the work of American Tonalists, Impressionists, and Regionalists, most notably Grant Wood.

Her curatorial work and advocacy were instrumental in securing the gift to FAMSF of the important collection of American art owned by Mr. and Mrs. John D. Rockefeller, making the study of nineteenth- and early-twentieth-century American art possible on the West Coast. Throughout the 1990s and 2000s, she continued to organize exhibitions, including The Great American Thing, based on her prize-winning book of the same name, and Seeing Gertrude Stein: Five Stories, which drew together several decades of Corn’s scholarship on the life of the influential modernist poet and art collector.

Corn’s curatorial work is matched by her academic scholarship, which includes six books and a score of articles, exemplified by the enormously generative and ambitious book, The Great American Thing: Modern Art and National Identity, 1915–1935 (1999), which won the Smithsonian American Art Museum’s Charles C. Eldredge Prize for Distinguished Scholarship in American Art in 2000. Most recently, in addition to Seeing Gertrude Stein: Five Stories (2011), she published Women Building History: Public Art at the 1893 Columbian Exposition (2011), which focuses on the efforts of Mary Cassatt and other artists to imagine a woman’s place within modernity at the turn of the nineteenth to the twentieth century.