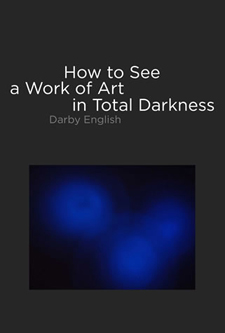 MIT Press received a Meiss grant in fall 2005 to help publish Darby English’s book, How to See a Work of Art in Total Darkness (2007)

Twice a year, CAA awards grants through the Millard Meiss Publication Fund to support book-length scholarly manuscripts in the history of art, visual studies, and related subjects that have been accepted by a publisher on their merits, but cannot be published in the most desirable form without a subsidy. Thanks to the generous bequest of the late Prof. Millard Meiss, CAA began awarding these publishing grants in 1975.

Books eligible for a Meiss grant must currently be under contract with a publisher and be on a subject in the arts or art history. The deadlines for the receipt of applications are March 15 and September 15 of each year. Please review the Application Guidelines for complete instructions.

Peter Chametzky, Turks, Jews, and Other Germans in Contemporary Art, The MIT Press

Pamela Corey, The City in Time: Contemporary Art and Urban Form in Vietnam and Cambodia, University of Washington Press

Marika Knowles, Realism and Role-Play: The Human Figure in French Art from Callot to the Brothers Le Nain, University of Delaware Press

Padma Kaimal, A Balance of Opposites: Reading Material Form at the Kailāsanātha Temple in Kāñcīpuram, University of Washington Press

Read a list of all recipients of the Millard Meiss Publication Fund from 1975 to the present. The list is alphabetized by author’s last name and includes book titles and publishers.