The Arkansas Arts Center in Little Rock has received a spectacular gift of 290 watercolors and drawings by the American artist John Marin (1870–1953) from Norma B. Marin, the widow of the artist’s son. 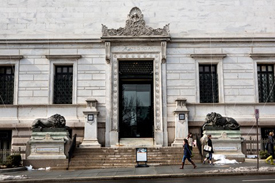 The Courtauld Institute of Art in London, England, and the Iran Heritage Foundation have announced funding for a postgraduate and research-assistant post with a focus on Persian arts.

The Frick Art Reference Library and the William Randolph Hearst Archive at Long Island University (LIU) Post have completed a collaborative digitization project, Gilding the Gilded Age: Interior Decoration Tastes and Trends in New York City. With funding from the New York State Regional Bibliographic Databases Program, this project brings together a group of late-nineteenth and early-twentieth-century auction catalogues held by the library and the archive.

The Los Angeles County Museum of Art in California is one of five major American museums to have received funding for the Andrew W. Mellon Undergraduate Curatorial Fellowship Program, which provides specialized training in the curatorial field for students across the United States with diverse backgrounds.

The Metropolitan Museum of Art in New York has received a gift from Daniel Brodsky, the museum’s chairman, and his wife Estrellita B. Brodsky, an art historian, to endow two new curatorial positions in the museum’s Department of Modern and Contemporary Art. The two positions will be called the Estrellita B. Brodsky Curator of Latin American Art and the Daniel Brodsky Associate Curator of Architecture and Design.

The Museum of Fine Arts, Houston, is one of five major American museums to have received funding for the Andrew W. Mellon Undergraduate Curatorial Fellowship Program, which provides specialized training in the curatorial field for students across the United States with diverse backgrounds. 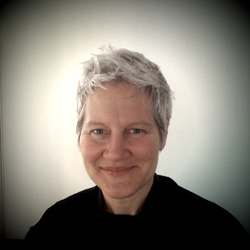 Ohio State University in Columbus has initiated the Ann Hamilton Project Archive, which contains more than one thousand downloadable, high-resolution images from thirty-five installation by Hamilton, an internationally acclaimed artist and Distinguished University Professor in the university’s Department of Art.

The Yale Center for British Art in New Haven, Connecticut, has reopened its Study Room after completing the first phase of a major building-conservation project.

The Yale School of Art in New Haven, Connecticut, has accepted a $5 million contribution from the Stavros Niarchos Foundation to create a permanent, unrestricted endowment to support the core priorities of the school, while naming in perpetuity the Stavros Niarchos Foundation Dean. A second gift of $900,000 will supplement three existing endowments, created by the foundation in 2010, to establish an artist’s residency, scholarships for international students, and a dean’s resource fund. 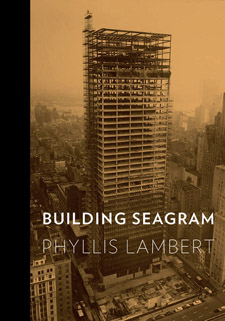 Yale University Press in New Haven, Connecticut, has accepted the 2013 Design Book of the Year Award by the editors of Designers & Books for Phyllis Lambert’s volume Building Seagram (2013). The press also received an honorable mention for another book, The Houses of Louis Kahn (2013) by George H. Marcus and William Whitaker.