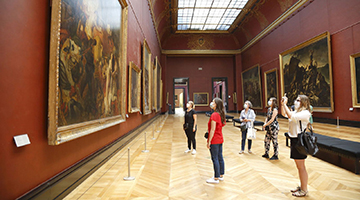 Visitors in the Musée du Louvre in 2020 © Antoine Mongodin

In the spring of 2021, the CAA Museum Committee initiated a survey of our members for the purposes of revising current directions and charting new ones that respond to updated knowledge of their concerns.

The results indicate that the Museum Committee‘s previous and planned Conference sessions and professional development workshops in 2021–2022 are appropriate, that they should publicize their presence more, and should use these projects and others to strengthen connections with professional museum groups; encourage diversity, decolonization, and the use of museums to educate; in addition to fight for salary equity. In this endeavor, they ask any interested CAA members to join and help in this mission.

Key Takeaways of the Report

In general, respondents likely appreciate the recent focuses and activities of the Committee, yet wish they would also move forward in new directions.

Both the CAA panels and professional development workshops should be continued and can be used to achieve the following desired goals culled from survey responses:

Check out the conclusions in the full report.

The August “Picks” from the Committee on Women in the Arts respond to the danger and uncertainty that characterizes the contemporary moment and explore how gender figures into the possibility of imagining new forms of collectivity. 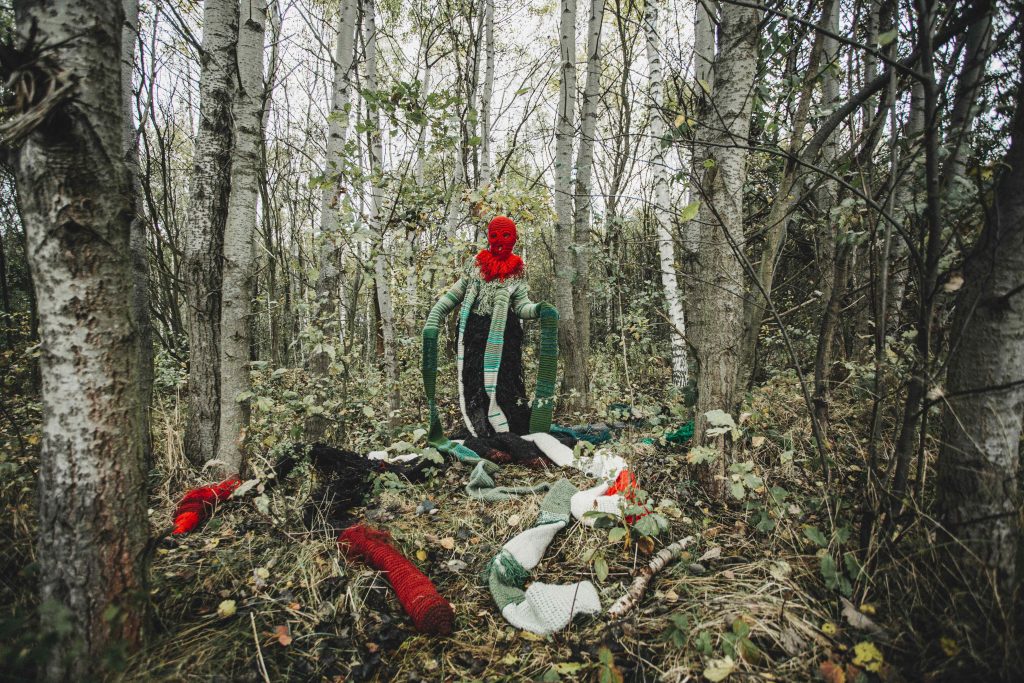 Mona Hatoum received the Institut Valencià d’Art Moderne’s Julio González prize in 2020, and this exhibition is a tribute to the influential body of work she has created over the last two decades. Across her installations, sculptures, drawings, and textiles, Hatoum’s investment in materializing spatial concepts as instruments of power asserts itself with a poetic and severe consistency. This spatial refrain emerges from the histories she inherits as an Arab woman, but Hatoum is also committed to showing that oppression can be mapped across the globe. Empty and haunted, ephemeral and permanent, each of Hatoum’s pieces creates an aperture for seeing and sensing the pervasive threat of vulnerability that cannot be cordoned off with neat geographical boundaries.

The double has often meant trouble for women, as it can encapsulate an assembly-line definition of woman and a Stepford-wife loss of control. This exhibition, however, features the work of five artists who explore the double as a resource for upending habitual definitions of the self without indulging in the fantasy that one can leave historical patterns behind. Creating echoes of bright colors and bold graphic forms, the artwork in Double Trouble is immersed in Pop-like patterns–wallpaper is a recurring motif–as if to watch for the differences that slip free from repetitions.

Malgorzata Markiewicz’s Medusa makes the production of textiles a form of feminist world-making. Slowly, persistently, intentionally, over seven months of the Covid-19 health emergency, Medusa’s crocheted body emerged, spreading with its fifty-feet long tentacles into the space, first from Markiewicz’s home in Kraków, Poland, and then into her studio. Markiewicz made Medusa with three double-warp fabrics specific to Podlasie, a region in the northeast of Poland. The figure of Medusa stands at the center of this exhibition, masked and regal. Her densely textured form also appears in a film, walking across a meadow and through a forest, and in a series of photographs that stage a liberating journey that moves away from the fear, disgust, and shame traditionally associated with Medusa and toward a new feminist way of sensing-with and thinking-with with the world.

New Time: Art and Feminisms in the 21st Century is a major survey exploring recent feminist practices in contemporary art. Rather than defining feminist art, New Time reveals all that the category can encompass as artists respond to the unfolding of history in the present. Although artworks made since 2000 are the primary focus, the objects and installations on view span several generations, mediums, geographies, and political sensibilities. New affinities emerge—the silhouettes of Kara Walker resonate with the sculpture of Kiki Smith—and convey the heterogeneous, intergenerational, and gender-fluid nature of feminist practices today.

Louise Bourgeois viewed her artistic practice as a form of psychoanalysis. Rather than relegating that claim to a footnote or a biographical aside, this exhibition makes it central. Freud’s Daughter places Bourgeois’s original psychoanalytic writings, which include dream recordings and process notes, in dialogue with 40 works of art. These texts, many of which have not been seen before, become their own form of artmaking. They attest to Bourgeois’s onerous, often lyrical, and profoundly feminist struggle to loosen the Oedipal confines placed around women’s capacities to imagine and materialize different forms of feeling.

Wangechi Mutu: I Am Speaking, Are You Listening?
May 7 – November 7, 2021
Legion of Honor Museum, San Francisco

Wangechi Mutu’s I Am Speaking, Are You Listening? intervenes in the Legion of Honor’s homage to the classical imaginary of Euro-American culture. Many of her gorgeous sculptures portray earthy hybrid beauties who stand for the vulnerable physicality western culture systemically inflicts on people of African descent. Vibrant, damaged, and thoughtful survivors of colonial extraction, Mutu’s figures rhyme with the museum’s canonical objects but also register the pathologized differences Black bodies are made to bear. The Legion of Honor is known for Auguste Rodin’s The Thinker (1904), which dominates its atrium entrance, and in his field of vision, Mutu has placed bronze sculptures of corpses covered with opaque blankets that suggest a crime scene. Except for the hands with polished nails and the feet decorated with red stilettos that stick out from the edges of the blankets, the bodies are not visible. But the feminized excesses—one of the artist’s prominent themes—evoke other possibilities for thinking that Mutu has begun to create through her dialogue with histories of willed silence.

In 2019, the French artist Pauline Curnier Jardin won the Preis de Nationalgalerie, and the film installation Fat to Ashes lives up to the epic scale that might be associated with such an honor. In the historic halls of the Hamburger Banhof, Jardin has created a large-scale amphitheater with material that looks like pie dough—edible, soft, and supple. Inside the arena is a bright red seating area, and the elevated screen appears amidst draped fabrics of translucent pink. The film interweaves three scenes: the procession of St. Agatha in Sicily, the slaughter of a pig, and the carnival in Cologne. Jardin’s cinematic triptych, with its sensual, tactile visuality, portrays the excess and death swirling around the center of collective existence.

Twisted is Lynn Hershman Leeson’s first solo exhibition in New York City and tracks her prescient engagement with technology—its sinister and generative impact on corporeal life. The exhibition displays Leeson’s drawings (many of which have never been seen before) and wax sculptures from the 1960s, and together they express her interest in the body’s porous boundaries and detachable parts. Twisted of course includes Roberta Breitmore (1973–1978), the well-known performance series that exemplifies feminist art’s look into the empty heart of identity. A new multi-media installation, Infinity Engine (2014–present), is also part of Twisted. Commissioned by ZKM Center for Art and Media Karlsruhe, Infinity Engine is a simulacrum of a genetics laboratory that replicates its world of science, technology, and self. “Twisted” is a great title for this exhibition: it evokes a sinister sickness, cords, the strands of a DNA molecule, and collaboration. Working with scientists, Leeson revitalizes the historical connection between art and scientific research, but her primary collaborators have always been viewers. She addresses her audience with her accessible message that technology does not have to cancel out the human, but can actually be part of realizing its ethical potential, and creates generous invitations for a participatory response.