Affiliated Society News for May 2016

In the past year, the Art Council of the African Studies Association (ACASA) sponsored a panel and a well-attended members’ meeting at the African Studies Association (ASA) annual meeting and hosted a session at the CAA Annual Conference. The council also distributed three extensive newsletters and is finalizing plans for a triennial conference, to be held in Ghana in 2017. To build support for the Ghana event, ACASA has undertaken a fundraising campaign with a five-member committee that meets every three weeks.

ACASA has also implemented a new online system for member payments and had a sizable presence at the European Conference on African Studies (ECAS) in Paris in July 2015. ACASA financially sponsored one artist’s performance at ECAS in a series Dominique Malaquais organized that was devoted to the arts. Finally, ACASA held elections to replace most of the organization’s board members.

Historians of Eighteenth-Century Art and Architecture

The Historians of Eighteenth-Century Art and Architecture (HECAA) has elected new officers. The new president is Amelia Rauser of Franklin and Marshall College. She is a specialist in eighteenth-century British art and the author of numerous scholarly studies, including Caricature Unmasked: Irony, Authenticity, and Individualism in Eighteenth-Century English Prints (Newark: University of Delaware Press, 2008). Christina Lindeman from the University of South Alabama is the new treasurer. She is the author of articles on art and gender in eighteenth-century Germany, with a special emphasis on the court of Anna Amalia of Weimar. Her book Representing Anna Amalia’s Bildung: Visual Metamorphosis from Personal to Political in Eighteenth-Century Germany, is forthcoming from Routledge.

The Midwest Art History Society (MAHS) held its “Icons of the Midwest” session at CAA’s 2016 Annual Conference in Washington, DC. The meeting was meant to highlight important and museum-related art and art history from America’s vital middle region. This year’s topic was the Chicago Jazz Age painter Archibald Motley (1891–1981). The session’s cochairs were MAHS members Amy M. Mooney (Columbia College) and Mark Pohlad (DePaul University); the speakers were Jerma A. Jackson (University of North Carolina, Chapel Hill), Phoebe E. Wolfskill (University of Indiana), and Romi Crawford (School of the Art Institute of Chicago). A highlight of this lively session was the remarks of the renowned Motley scholar, Richard J. Powell.

The forty-third MAHS annual conference took place in Chicago from April 7 to 9, 2016. Approximately two hundred participants and registrants convened at DePaul University’s Loop Campus to hear more than thirty academic sessions devoted to a wide range of art history. The keynote address, held at the nearby Art Institute of Chicago, was delivered by Gloria Groom, chair of European painting and sculpture and David and Mary Winton Green Curator in the Department of European Painting and Sculpture at the Art Institute of Chicago, who was involved the concurrent Van Gogh’s Bedrooms exhibition. Other conference highlights included a reception at Columbia College’s Museum of Contemporary Photography, a session on “Recent Acquisitions in Midwest Collections” (held at the Art Institute and chaired by the curator Judith W. Mann), and two sessions comprised of undergraduate scholars. For more information and to read conference proceedings and paper abstracts, visit the conference page of the MAHS website.

MAHS will hold its forty-fourth annual conference in Cleveland, Ohio, from April 6 to 8, 2017. The event will be hosted by the Cleveland Museum of Art, Case Western Reserve University, and Cleveland State University. To open the conference, a distinguished keynote panel will speak on Raphael’s School of Athens Cartoon, currently undergoing restoration in Milan. The panel will include: Don Alberto Rocca, director of the Pinacoteca Ambrosiana in Milan; Maurizio Michelozzi, a Florentine paper conservator who is undertaking the restoration; and Carmen Bambach, curator of drawings and prints for the Metropolitan Museum of Art in New York. Funding for the panel has been provided by the Istituto Italiano di Cultura in Chicago, the Italian Art Society, the University of Notre Dame, and MAHS.

The New Media Caucus (NMS) has elected new officers and members to its board of directors in February 2016. Mat Rappaport is president elect, Rachel Clarke is secretary, and Kevin Hamilton is chair of the caucus’s journal, Media-N. The new board members are Victoria Bradbury, Darren Douglas-Floyd, Mina Cheon, Abigail Susik, and Doreen Maloney. For more information on the organization’s structure, visit the New Media Caucus website.

At the CAA Annual Conference in February, Public Art Dialogue (PAD) hosted a roundtable chaired by Kirk Savage, professor of the history of art and architecture at the University of Pittsburgh. Also participating were Thomas Luebke, secretary of the United States Commission of Fine Arts, and Lucy Kempf, a member of the National Capital Planning Commission.

The 2016 PAD award recipient was Kirk Savage, who has contributed extensively to our understanding of American memorials, particularly those dedicated to Civil War soldiers. He is the author of two award winning books: Standing Soldiers, Kneeling Slaves: Race, War and Monument in Nineteenth-Century America (1997) and Monument Wars: Washington DC, the National Mall, and the Transformation of the Memorial Landscape (2009). Savage has also edited The Civil War in Art and Memory (2016). In presenting the award, PAD cochair Cameron Cartiere observed that one of the most compelling aspects of Savage’s scholarship is that it helps us “to look back into our history of memorialization as a means of understanding the ramifications of the political, social, and cultural decisions we make in developing contemporary memorials that mark the present, acknowledge our tumultuous past, and help us to embrace our uncharted future.”

The Program Committee for the sixty-third annual meeting of the Renaissance Society of America invites submissions for individual papers or sessions on any aspect of Renaissance studies or the era 1300–1700. Because RSA is a multidisciplinary society, we especially welcome submissions that cross traditional disciplinary boundaries, as well as those that spotlight scholarship that is discipline specific. Sessions sponsored by our Associate Organizations and Discipline Representatives will make up part of the program. The rest will consist of sessions and individual papers proposed by RSA members and selected by the Program Committee.

Because the RSA Annual Meeting is a large conference—with as many as fifty sessions meeting concurrently—we have developed guidelines over the years that greatly facilitate the work of the Program Committee and help to ensure an audience for every session. Please note that proposing a session or a paper indicates your commitment to attend. The committee will not be able to accept every submission; good papers will have to be turned away. To take a slot and then later withdraw is discourteous to colleagues who would have liked to present a paper. Once the rooms are scheduled and the AV equipment is ordered, no substitutions are possible.

Organizers may propose a series of linked sessions, up to a limit of five. However, the Program Committee prefers that series be limited to three, to facilitate scheduling them in a row. Sessions organized in honor or in memory of an individual scholar are limited to no more than two. Proposals for roundtables are also welcome, but the committee asks that roundtables be stand-alone sessions in terms of their content. Roundtables that merely involve recapping the content of a series of sessions take up valuable space in the program that could be used to present other research; proposals for them are not likely to be accepted.

The committee welcomes sessions that present the scholarship of members at various stages of their careers. Each session must include at least one speaker who has received a PhD or other terminal degree. Graduate-student speakers should be in candidacy or the equivalent for their program; that is, they must be advanced students who have completed coursework, examinations, and much of their dissertation research. They are invited to speak on topics directly related to their dissertation research, rather than presenting term papers.

Please visit the RSA website for more details. The submission site will open in May, with a submission deadline in early June (TBA). You do not need to be a member to submit a proposal, but if your proposal is accepted you will need to be an RSA member for the year of the conference. 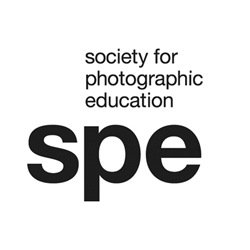 The Society for Photographic Education (SPE) welcomes conference proposals from photographers, writers, educators, curators, historians, and professionals from other fields for “Family Values,” the fifty-fourth SPE national conference, to be held March 9–12, 2017, in Orlando, Florida. Topics are not required to be theme based; they may include but are not limited to: imagemaking, history, contemporary theory and criticism, multidisciplinary approaches, new technologies, effects of media and culture, educational issues, funding, and presentations of work in photography, film, video, performance, and installation.

The presentation formats are:

The Society of Architectural Historians (SAH) is accepting abstracts for its 2017 annual international conference in Glasgow, Scotland (June 7–11). Abstracts may be submitted for one of the thirty-six paper sessions, for the Graduate Student Lightning Talks, or for open sessions. SAH encourages submissions from architectural, landscape, and urban historians; museum curators; preservationists; independent scholars; architects; and members of SAH chapters and partner organizations. Deadline: June 6, 2016.

Applications are open for the SAH/Mellon Author Awards, which are designed to provide financial relief to scholars who are publishing their first monograph on the history of the built environment and who are responsible for paying for rights and permissions for images or for commissioning maps, charts, or line drawings in their publications. Deadline: May 15, 2016.

SAH invites nominations and self-nominations for the next editor of the Journal of the Society of Architectural Historians (JSAH) to serve a three-year term: January 1, 2018–December 31, 2020. JSAH is a quarterly, blind-peer-reviewed international journal devoted to all aspects of the history of the global built environment and spatial practice, including architecture, landscape architecture, urbanism, and city planning. Published since 1941, JSAH has defined the field of architectural history and is a pioneer in digital publication. Articles published in JSAH are historically rigorous, conceptually sophisticated, and theoretically innovative. Deadline: June 15, 2016.

Registration is open for the SAH Field Seminar, “Architectural Layers of a Southeast Asian Region,” to take place December 1–13, 2016. The program will explore the fascinating architectural landscape of Vietnam, focusing in particular on the modern era from the nineteenth century to today. Participants will also visit the spectacular Angkor complex in Cambodia, capital of the Khmer empire from the ninth to fifteenth century. The SAH Study Program Fellowship deadline is August 11, 2016.

Society of Historians of East European, Eurasian, and Russian Art and Architecture

In February and March 2016, the Society of Historians of East European, Eurasian, and Russian Art and Architecture (SHERA) conducted an election for its board of directors. As a result, a SHERA–Society of Architectural Historians (SAH) liaison was created, with Anna P. Sokolina as an officer. This new position will be open for reelection every three years. In addition, Hanna Chuchvaha, Natalia Kolodzei, and Andrei Shabanov were designated members at large, and Nicholas Iljine was reelected a member at large for another two-year term.

SHERA has launched a call for papers for its sponsored session for emerging scholars for CAA’s 2017 Annual Conference, chaired by Alice Sullivan.