CAA Mourns the Loss of Jack Hyland, its Long-time Treasurer and Friend 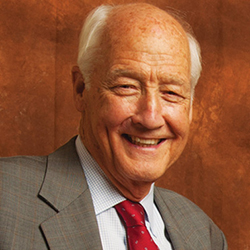 Jack Hyland, CAA’s treasurer and close advisor for over 30 years, passed away suddenly on Friday, August 11, 2017. The CAA staff, board, and committees are saddened by this monumental loss. Hyland began his career in investment banking at major financial services firms, including Morgan Stanley, Warburg Paribas Becker, and PaineWebber/Young & Rubicam Ventures. In 2010, he founded Media Advisory Partners with several partners. Hyland was a strident advocate for CAA, ensuring the financial health of the organization and guiding it with sound input and wisdom through three decades.

Hyland was the author of two notable books, Evangelism’s First Modern Media Star, The Life of Reverend Bill Stidger and The Moses Virus. In the former title, Hyland examined the life of his grandfather, the famous preacher, Bill Stidger, who foresaw the possibilities of modern-day media to expand evangelical work. His second book, The Moses Virus, is a fictional thriller set in Rome.

In addition to serving CAA, Hyland was Co-Chair of the Board of Trustees of Teachers College, Columbia University. He was also Chairman Emeritus of the American Academy in Rome; and Vice President and Director of the Sterling and Francine Clark Art Institute. Formerly, he was also a Trustee and Treasurer of the National Building Museum in Washington.

We offer our condolences to his partner, Larry Wente; to his former wife, Karen Conant Hyland; to his children, Liza, Jonathan and Susannah, and grandchildren.

Filed under: Board of Directors, Obituaries —