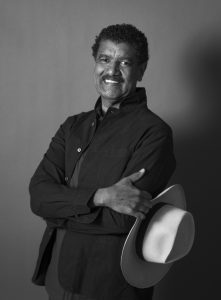 CAA is pleased to announce the recipients and finalists of the 2018 Awards for Distinction and the creation of a new Award for Excellence in Diversity. Honorees this year are among the leading scholars, artists, teachers, and authors in the field of visual arts. The CAA Awards for Distinction are presented during Convocation at the CAA Annual Conference on Wednesday, February 21 at 6:00PM at the Los Angeles Convention Center. The CAA Annual Conference runs from February 21-24, 2018.

Among the winners this year is Pepón Osorio, recipient of the 2018 Distinguished Artist Award for Lifetime Achievement. Osorio is the first artist of Puerto Rican descent to receive the award from CAA. Drawing on his childhood in Puerto Rico and his adult life as a social worker in the Bronx, Osorio creates meticulous installations incorporating the memories, experiences, and cultural and religious iconography of Latino communities and family dynamics. “The work is created when I bring together where I am and where the rest of society is,” said Osorio in an Art21 documentary about his work. Osorio is a professor in the Community Arts Practices Program at the Tyler School of Art at Temple University. He is also the recipient of a 2018 United States Artists Fellowship, among many other awards and fellowships. 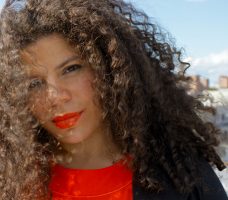 Firelei Báez is the winner of the 2018 Artist Award for Distinguished Body of Work. Báez was born in the Dominican Republic and works in New York City. Her work on paper, canvas, and in sculpture explores black female subjectivity, myth, and science fiction. Baez is a creator of fantastical figures that transmute through ornate pattern and vivid color. She has held residencies at Headlands Center for the Arts, Joan Mitchell Center, Fine Arts Work Center, Lower East Side Print Shop, and Lower Manhattan Cultural Council Workspace, and is the recipient of the Joan Mitchell Painters and Sculptors Award, the Jacques and Natasha Gelman Award in Painting, the Catherine Doctorow Prize for Contemporary Painting, and the Chiaro Award from Headlands Center for the Arts.

The newly created Award for Excellence in Diversity recognizes the work of an individual in the visual arts whose commitment to inclusion in scholarship or in practice stands out as groundbreaking and unifying.

The inaugural winner of the Award for Excellence in Diversity is Kellie Jones, Associate Professor in Art History and Archeology and the Institute for Research in African American Studies at Columbia University. Jones’s research and teaching concerns African American and African Diaspora artists, Latinx and Latin American artists, and issues in contemporary art and museum theory. Her most recent book, South of Pico: African American Artists in Los Angeles in the 1960s and 1970s, was published by Duke University Press in 2017.

In publishing, CAA recognizes the achievements of several authors and editors.

The Art of Philosophy: Visual Thinking in Europe from the Late Renaissance to the Early Enlightenment, Princeton University Press, 2017

The Social Life of Inkstones: Artisans and Scholars in Early Qing China University of Washington Press, 2017

AWARDS FOR DISTINCTION IN TEACHING, WRITING ON ART, AND CONSERVATION

Helen Frederick is the winner of the 2018 Distinguished Teaching of Art Award.

Edward S. Cooke, Jr., and Alex Potts are the winners of the 2018 Distinguished Teaching of Art History Award.

Joseph Masheck is the winner of the 2018 Distinguished Lifetime Achievement Award for Writing on Art.

The CAA/American Institute for Conservation Award for Distinction in Scholarship and Conservation award for 2018 will be given to Paul Messier.