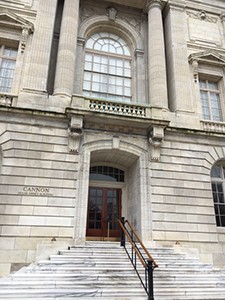 Cannon House, offices of the House of Representatives

Arts Advocacy Day, which took place on March 7-8, was headquartered at the OMNI Shoreham Hotel in Washington, DC, just a stone’s throw from the Washington Marriott Wardman Park, where CAA held its 104th Annual Conference in February of this year. The first day of Arts Advocacy Day, now in its 29th year, was jam packed with presentations. Americans for the Arts staff members presented sessions on arts education legislation, such as the recent bipartisan passing of the Every Child Succeeds Act (ESSA), and they presented attendees with dense tables and statistical charts on the economic impact of the arts across the United States. For example, the non-profits arts industry supports 4.13 million jobs in the United States, and the industry contributes a whopping $698 billion annually to the economy. This and many other figures came from the 2016 Congressional Arts Handbook: Facts & Figures at Your Fingertips, which every attendee received. The first day served as foundational preparation for the visits with our local and state representatives the following day. 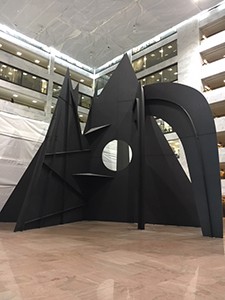 March 14-15 marked Humanities Advocacy Day, organized by the National Humanities Alliance. Humanities Advocacy Day, like Arts Advocacy Day, consisted of one day of talks and preparation and one day of Congressional and Senatorial office visits. William Adams, Chairman of the National Endowment for the Humanities, gave a talk on the first day on the NEH’s look toward the future as it shifts its grantmaking structure and adapts to global and domestic changes. The NEH will take on the challenges facing humanities enrollment in higher education and the reduction in humanities and arts programs offered in secondary schools. The NEH will also continue to support work in digital humanities and publishing through a partnership with the Andrew W. Mellon Foundation. Of continued interest to the NEH is increasing access to the humanities through its The Common Good: The Humanities in the Public Square, a program that establishes pathways and means for scholars, educators, and organizations to bring their work into the public sphere.

At lunch, attendees were treated to a presentation by Max Kenner, Executive Director and Founder of the Bard Prison Initiative. BPI offers currently incarcerated individuals the opportunity to obtain a liberal arts college degree from Bard. Since its founding in 1999, the program has grown to become one of the most academically rigorous and successful of its kind.