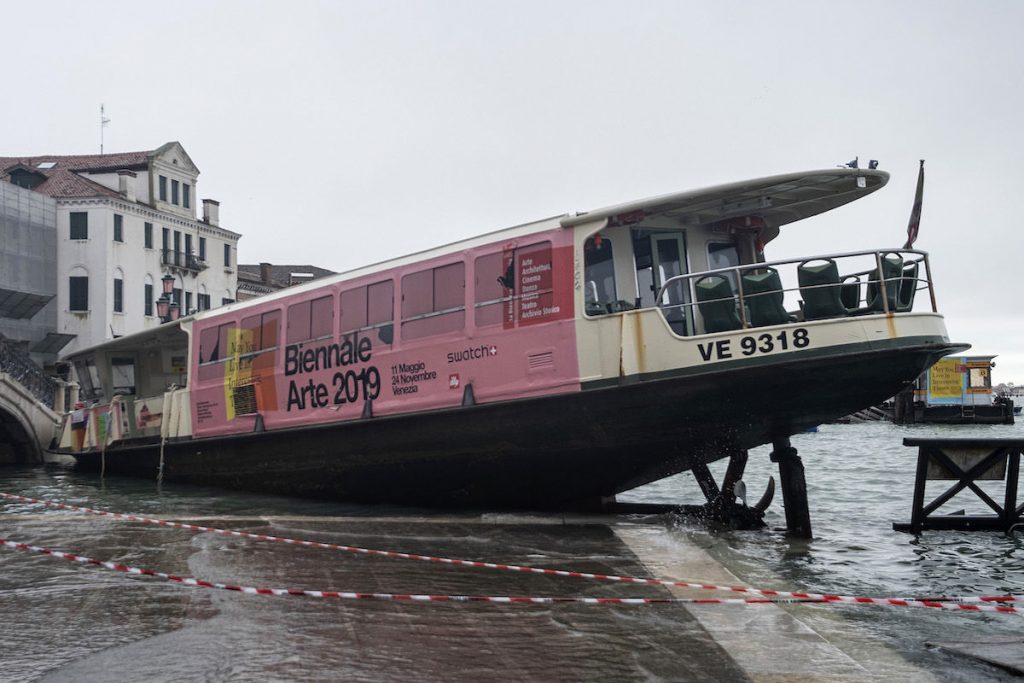 Flooding in Venice caused the mayor of the city to declare a state of emergency. Photo: Stefano Mazzola/Awakening/Getty Images, via Artsy

The mayor has declared a state of emergency and said that the extreme flooding is due to climate change. (Artsy)

Developed by Ben Schmidt, clinical associate professor of history and director of digital humanities at New York University, this chart explores the words used to describe male and female teachers on Rate My Professors. (via Chronicle of Higher Ed)

Why Libraries Have a Public Spirit That Most Museums Lack

“A true public space is constantly negotiating knowledge or the lack of it, rather than presenting a position of expertise.” (Hyperallergic)

Baltimore Museum of Art Will Only Acquire Works from Women Next Year: ‘You Have to Do Something Radical’

Museum director Christopher Bedford announced last week that every artwork the BMA obtains for its permanent collection next year—whether through a purchase or donation—will have been created by a woman. (The Baltimore Sun)