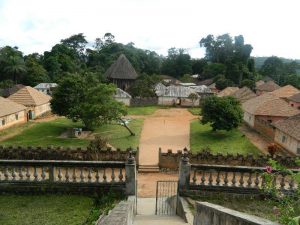 CAA endorses its affiliate society, the Arts Council of the African Studies Association (ACASA), in condemning recent reports of theft, property damage, as well as violence at the Palace of Bafut in Cameroon.

The site is an important part of the history and culture of the Bafut population in the northwest region of Cameroon, and continues to function as a center for religious rites and ceremonies. The violence and destruction to the Bafut Palace threatens the safety and identity of the Bafut people and the maintenance of their distinctive cultural traditions. As such it deserves protection from the Republic of Cameroon and pressure from organizations and governments to restore damaged structures and return stolen artifacts.

The Arts Council of the African Studies Association (ACASA)—an independent professional association  which exists to facilitate communication among scholars, teachers, students, artists, museum specialists, collectors, and all others interested in the arts of Africa and the African Diaspora—condemns the violent aggression perpetrated by the Republic of Cameroon against the Palace of Bafut, a site included on UNESCO’s Tentative List of World Heritage Sites since 2006.  Human Rights Watch reports that “On September 24 [2019], soldiers from the Rapid Intervention Battalion (BIR) attacked and looted the Royal Palace in Bafut, North-West region.”  (https://www.hrw.org/news/2019/10/11/world-heritage-site-attacked-cameroon#)  Fon Abumbi II of Bafut protested the aggression in a letter dated September 24, 2019 and addressed to the Governor of North West Region.  In addition to causing damage to buildings within the palace and perpetrating violence against those who had been neither charged nor tried in a court of law, these troops representing the authority of the State shamelessly stole historical objects from the palace museum.

According to the World Monuments Fund, the palace “embodies Bafut cultural identity and remains a center for religious rites and traditional ceremonies. Over 50 houses are clustered around the site’s spiritual core, Achum Shrine, and are used by the Fon (king), his wives, and the royal court.” (https://www.wmf.org/project/bafut-palace)  The palaces and museums of the North West Region of Cameroon serve as invaluable repositories of the long-standing traditions and material cultures of these vibrant kingdoms. These palaces and associated sites—where ritual practices have long been performed—foster and house the heritages, both tangible and intangible of these communities.  The violent destruction and looting of such a site may be understood as an attempt to erase the cultural identity of the Bafut population.  As a site listed on the Tentative List of World Heritage Sites, Bafut Palace is recognized as holding even greater than just local significance, constituting a primary locus of cultural heritage for the entirety of Cameroon, and indeed the world.  The Cameroonian State must treat these places as the internationally significant cultural heritage sites that they are.

ACASA calls on the Republic of Cameroon to protect sites of cultural heritage as required by being party to the 1954 Hague Convention for the Protection of Cultural Property.  According to Article 4(3) of the aforementioned convention, it is the obligation of the State “to prohibit, prevent and, if necessary, put a story to any form of theft, pillage or misappropriation of, and any acts of vandalism directed against, cultural property….”  In light of this international obligation, the Cameroonian State must bring to justice and punish appropriately those responsible for this heinous act.  Furthermore, every effort must be taken to return looted items of cultural heritage to the palace museum of Bafut.

Paul Biya, President of the Republic of Cameroon

Henri Etoundi Essomba, Ambassador of the Republic of Cameroon to the US

Peter Henry Barlein, US Ambassador to the Republic of Cameroon

Narcisse Mouelle Kombi, Minister of Arts and Culture for the Republic of Cameroon