An Interview with Roberto Tejada, CAA’s New Vice President for Diversity and Inclusion 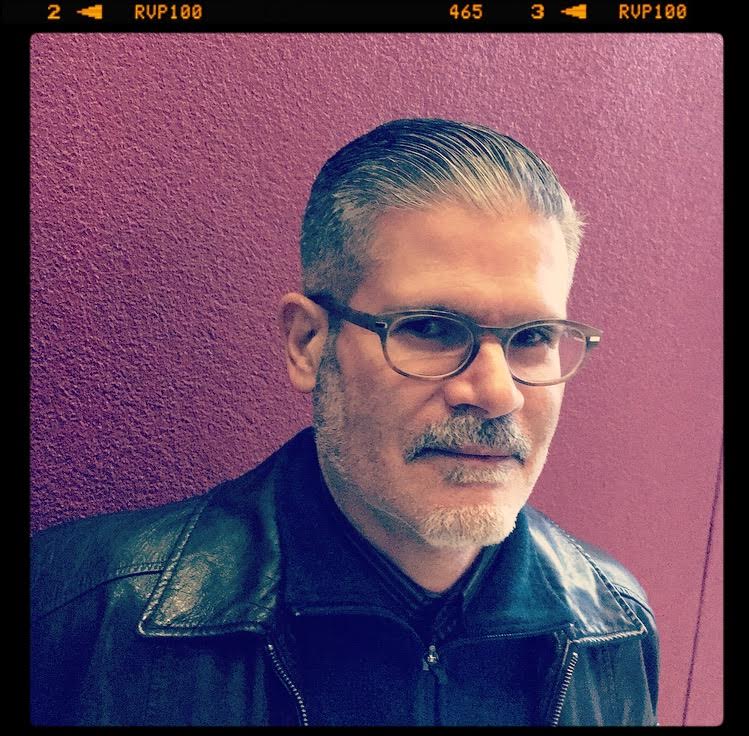 Last week, Roberto Tejada, CAA’s newly elected vice president for diversity and inclusion, talked with Hunter O’Hanian, CAA’s executive director, about the state of the field and why achieving true diversity is so difficult in the arts field.

The interview accompanies CAA’s newly created Values Statement on Diversity and Inclusion, adopted by the CAA board of directors in May 2018.

Hunter O’Hanian: You were elected as CAA’s first vice president for diversity and inclusion last October. Can you tell me why that position was created and what you hope to accomplish?

Roberto Tejada: Let me answer that first with a confession. I joined CAA as an emerging professional many years ago, newly positioned in academia, but not altogether of academia. I’d spent a decade of my formal and informal working years in the art and literary worlds of 1990s Mexico City. When I returned to the US, there were few art history PhD programs with faculty specializing in Latin American and US Latinx art; the art-related disciplines were not especially open or inclusive, and the CAA and its conference consistently felt to me like alienating spaces. So I was never much engaged as a member.

A few years ago, in 2013-2014, I had the opportunity to be in attendance at a CAA retreat held at Clark Art Institute, where I was a fellow. I listened to CAA’s leadership in discussions that led to the drafting of its current strategic plan; and I was impressed with the various commitments among its stakeholders to issues of advocacy and questions of diversity and inclusion. Those conversations inspired me to consider it was possible to effect change from within, so I agreed to put myself forward and was elected by the board in 2016 to serve as Secretary.

My understanding was that CAA’s membership had long sought leadership, whether on the board or staff, to embody, energize, and encourage a commitment to diversity and inclusion at every level of the organization. Under review were resolutions that resulted from the perseverance of CAA’s Committee on Diversity Practices, other subcommittees, and the efforts of many individual members, including the “Resolution to Create a New Officer with the Title of Vice President for Diversity and Inclusion” and the “Resolution Adopting a Values Statement on Diversity and Inclusion.”

Why was the position was created? It’s no secret that the membership of scholarly associations is in decline and that cultural institutions more broadly jeopardize their relevance and sustainability when they fail to make diversity and inclusion central to an organization’s structuring values. For the last decades, cultural life and fields of study have been categorically redefined by the art and scholarship of underrepresented groups; by artists and intellectuals of color, LGBT scholars, and others who have faced the challenges of institutional spaces, often without networks of support.

Also, insofar as the language of diversity and inclusion readily serves the neoliberal agenda, it’s conveniently adopted and used by universities and other organizations as a cover for actual equity in terms of race, ethnicity, skin color, and other social markers of difference, visible and invisible. The promotion of diversity and inclusion involves redressing an entanglement of past narratives but with a steady eye on the present and future. One way to view it, appropriate to art and design, is as a work-in-progress. CAA has been watchful of currents in higher education and the arts and it has led advocacy efforts of great impact for diversity and inclusion. If equity and inclusion were to become the priority issue for CAA and its membership, the human and intellectual vibrancy of our respective institutions could begin to more accurately reflect the plural narratives that have led to the composition of contemporary society. I’m passionate about the role that the board and membership can play to empower others, and so change the faces of CAA.

But in the context of current political discourses in the government and media, the challenge of advancing equity in the arts and humanities is to move beyond the model of appealing to hearts and minds, and to encourage policy-change guidelines that are concrete channels to access.

The promotion of diversity and inclusion involves redressing an entanglement of past narratives but with a steady eye on the present and future.

HO: What particular issues do you see in the fields of art history and visual arts with regard to diversity, either in the academic world or museums? A high percentage of CAA’s members are white. Is there a reason for that?

RT: Despite the multicultural context of the so-called global turn, the fields of art history and the visual arts have not been particularly hospitable to persons deemed different. If you serve on enough admission and hiring committees at different kinds of institutions, you cannot ignore the implicit biases that continue to perpetuate a lack of equity. Although fields of research and curricula have adapted to account for plural histories, the bodies that make art and design, that care and write about practices, history, preservation, and display at universities and museums, are still overwhelmingly white. It’s challenging to recruit emerging professionals of color who feel underrepresented in CAA. Members within the organization, however, have effected change. For example, the US Latinx Art Forum (USLAF) is an affiliated society that was formed by CAA members, and it now includes around 300 artists, art historians, curators, and other art professionals. Its founders Adriana Zavala and Rose G. Salseda, responded to “ongoing marginalization of US Latinx art within the academy and specifically within both ‘American’ and ‘Latin American’ art history.” USLAF’s members advocate for scholarship at the intersections of Latinx, African-American, Asian-American and Indigenous art and art histories. Its efforts are positioned to inspire artists and scholars of color to join and participate in CAA.

HO: In May, the CAA board of directors passed its Values Statement on Diversity and Inclusion. Why this particular statement now?

RT: That statement was a collaborative effort that resulted from discussions first among members of the Committee for Diversity Practices; then among board members, who voted to pass the statement. The statement will strike many as belated. As a starting point, it has been retroactively amended to the Strategic Plan and will serve as a guiding frame of reference for all CAA initiatives and actions moving forward.

HO: What can practitioners/educators in the field do to help diversify their own departments or student cohorts?

RT: Flora Brooke Anthony, Chris Bennett, and Katherine Brion facilitated an excellent workshop at the last CAA Annual Conference in Los Angeles on the “disconnect between intention and practice” and on why faculty hiring guides and administrative initiatives have been unsuccessful at creating diverse departments. Some of the short answers have to do with the professional pipeline, implicit bias, the comfort zone idea of “best fit,” and the social factors to do with accumulation of advantage and disadvantage. The long view requires challenging our membership to lend efforts and energies in the service of inclusion that actually enhances one’s research imagination at the departmental level and in the classroom. There are resources on CAA’s website: standards and guidelines for diversity practices, links to a database on multicultural teaching, digital resources with classroom ideas, archives of digitized imagery, and bibliographies of global visual culture. There are ways that practitioners and educators in art and art history departments can partner with units and other departments on campus whose faculty and graduate student research addresses the scope of human diversity and the structures of exclusion or discrimination. Departments can explore the possibility of creating residency fellowship for recent MFAs or PhDs who bring different embodied experiences. There are CAA-sponsored web platforms to be explored that could serve to link emerging professionals and graduate student to create an open space for questions and concerns relevant to faculty of color in departments unfamiliar with diversity needs. Department can actively recruit from diverse universities and community colleges, with an openness to candidates with experiences and expertise not always associated with the arts.

It’s important to remember as well that students and professionals of color at different stages of a career path often complain that so-called target opportunities are experienced and perceived as marginalizing, empty appeals to special treatment that once again delegitimizes the actual merits and recognition of excellence among underrepresented future scholars, designers, artists, curators and other museum professionals.

HO: Do you see movements, changes and trends on the national level that is making diversity work easier or more difficult?

RT: I think there is enough evidence to discern that the rhetoric fueling racial fears and resentment against minorities, enabled nationally and internationally by those in power, is inclined to have ripple effects in academia and in the arts. It has entitled attitudes and actions that have made the need to advocate for diversity and inclusion all the more urgent.