Nominate a Colleague for a CAA Award 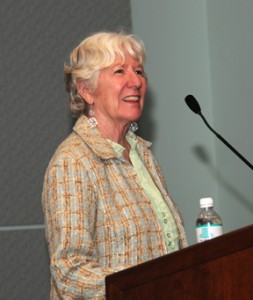 Recognize someone who has made extraordinary contributions to the fields of art and art history by nominating him or her for one of twelve CAA Awards for Distinction for 2010. Award juries consider your personal letters of recommendation when making their selections. In the letter, state who you are; how you know (of) the nominee; how the nominee and/or his or her work or publication has affected your practice or studies and the pursuit of your career; and why you think this person (or, in a collaboration, these people) deserves to be recognized. We also urge you to contact five to ten colleagues, students, peers, collaborators, and/or coworkers of the nominee to write letters. The different perspectives and anecdotes from multiple letters of nomination provide juries with a clearer picture of the qualities and attributes of the candidates.

All nomination campaigns should include one copy of the nominee’s CV (limit: two pages). Nominations for book and exhibition awards should be for authors of books published or works exhibited or staged between September 1, 2008, and August 31, 2009. No more than ten letters per candidate are considered. Visit the main Awards page for descriptions of all twelve awards and read the General Guidelines for details on submitting a name. You may also write to Lauren Stark, CAA manager of programs, for more information.