The American Institute for Conservation of Historic and Artistic Works, based in Washington, DC, has received a comprehensive financial analysis and capacity building financial support from the Andrew W. Mellon Foundation through a four-year pilot initiative, organized in collaboration with the National Performance Network/Visual Artists Network and Nonprofit Finance Fund. 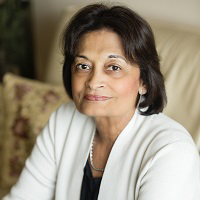 The Center for Advanced Study in the Visual Arts at the National Gallery of Art in Washington, DC, has posted audio and video of the sixty-fifth A. W. Mellon Lectures in the Fine Arts. In a six-part series titled “The Thief Who Stole My Heart: The Material Life of Chola Bronzes from South India, c. 855–1280,” the art historian Vidya Dehejia of Columbia University discusses the work of artists of Chola India who created exceptional bronzes of the god Shiva.

The Cincinnati Art Museum in Cincinnati, Ohio, has accepted a five-year, $500,000 donation from the Harold C. Schott Foundation to strengthen the museum’s special exhibitions and related programming. 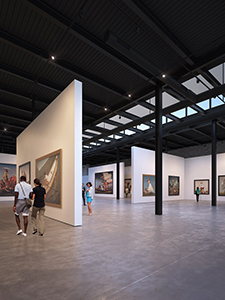 Columbus State University in Columbus, Georgia, has created the Bo Bartlett Center as the result of a public/private partnership dedicated to the arts, creativity, and collaboration. Opening in late 2017, the center will feature a gallery, archive, and multidisciplinary programming spaces.

Getty Publications, based in Los Angeles, California, has launched two new online catalogues highlighting antiquities in the collections of the J. Paul Getty Museum, providing free access to these works online and in a variety of downloadable formats.

The Solomon R. Guggenheim Museum in New York has received a major grant from the Edmond de Rothschild Foundation to support Guggenheim Social Practice, a new initiative that will explore the ways in which artists can initiate projects that engage community participants, together with the museum, to foster new forms of public engagement.

Maryland Institute College of Art in Baltimore has received a $75,000 award from the National Endowment for the Arts to support the North Avenue Knowledge Exchange, an educational platform developed with Red Emma’s Bookstore Coffeehouse and Station North Arts and Entertainment. Centered in the Station North Arts and Entertainment District and open to all, the Knowledge Exchange will provide opportunities for neighborhood residents to learn from each other and to work on projects that improve the community through art, design, and creativity.

The Minneapolis Institute of Art in Minnesota has unveiled a series of new digital initiatives designed to augment and personalize visitors’ experiences within and beyond the museum’s galleries. From innovative mobile apps that facilitate a customized journey through the museum to in-depth multimedia explorations of treasured artworks—as well as new features on the museum’s website—these new digital platforms will allow visitors to more deeply engage with the institute’s collection and create shared art experiences in unprecedented ways.

The Pennsylvania Academy of the Fine Arts in Philadelphia has created a curatorial fellowship dedicated to enhancing diversity ranks among curators in the fine arts. The Winston and Carolyn Lowe Curatorial Fellowship for Diversity in the Fine Arts is a full-time, two-year position that will offer a highly mentored and structured curatorial experience at the academy.

The Princeton University Art Museum in Princeton, New Jersey, has won a $50,000 grant from the National Endowment for the Arts to support Nature’s Nation: American Art and Environment, an exhibition, publication, and companion programming that will explore the evolving human understanding of, and relation to, the natural world. 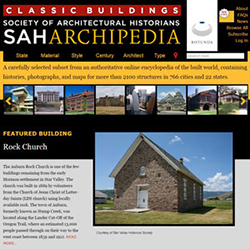 The Society of Architectural Historians, based in Chicago, Illinois, has been awarded a $205,000 outright and matching grant from the National Endowment for the Humanities to commission new content and site enhancements to SAH Archipedia, a media-rich online encyclopedia of American architecture developed by SAH in collaboration with the University of Virginia Press.

The University of Oklahoma in Norman has accepted a $40,000 grant from the National Endowment for the Arts to support the commissioning and exhibition of photographs of the state’s Native American community by the contemporary Navajo artist Will Wilson. The exhibition, to open in spring 2017, will be held at the university’s Fred Jones Jr. Museum of Art. 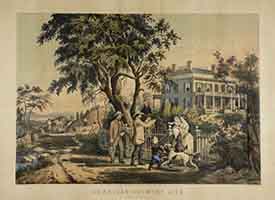 This Currier & Ives hand-colored lithograph is among 1,500 works to be digitized at Winterthur thanks to an NEA Art Works grant recommendation.

The Winterthur Museum, Garden, and Library in Wilmington, Delaware, has accepted a $35,000 grant recommendation from the National Endowment for the Arts to digitize 1,500 important works of art on paper. The project is part of a Winterthur initiative to thoroughly document its collection, upgrade its cataloguing content, and provide broad access through the museum’s collection website.