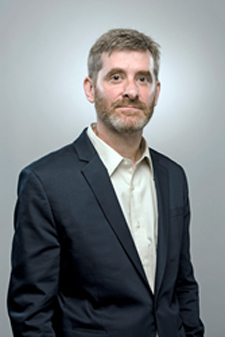 Jeff Bellantoni has left his position as vice president for academic affairs at the Ringling College of Art and Design in Sarasota, Florida.

Tamara Brantmeier has resumed teaching and research duties as professor of art, after serving as director of the School of Art and Design at the University of Wisconsin, Stout, in Menomonie, Wisconsin.

Kimberly Callas, formerly executive director of the Belfast Creative Coalition in Belfast, Maine, has taken a tenure-track position in the Department of Art and Design at Monmouth University in West Long Branch, New Jersey.

Frank L. Chance, associate director for academics at the University of Pennsylvania’s Center for East Asian Studies in Philadelphia, has retired.

Alexis Clark, a lecturer in the Department of Art History at the University of Southern California in Los Angeles, has accepted a visiting assistant professorship in art history and visual culture at Denison University in Granville, Ohio.

Mia Reinoso Genoni, formerly John B. Madden Dean of Berkeley College and lecturer in the history of art and humanities at Yale University in New Haven, Connecticut, has become dean of Westhampton College and associate dean of the School of Arts and Sciences at the University of Richmond in Virginia.

Glenn J. Hild, a professor of painting and drawing and interim dean of the College of Arts and Humanities at Eastern Illinois University in Charleston, has retired.

Donna Moran has been appointed dean of the School of Art and Design at Pratt Institute’s campus in Utica, New York, called the Munson-Williams-Proctor Arts Institute.

Michael Wille, professor of art at Illinois State University in Normal, has been named director of his college’s School of Art. He had previously served as interim director since 2014. 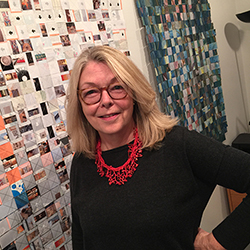 Lucinda Barnes, chief curator and director of programs at the Berkeley Art Museum and Pacific Film Archive in California, has retired.

Peter Nisbet, chief curator of the University of North Carolina’s Ackland Art Museum in Chapel Hill, has ended his service as interim director. The new director began work in July. 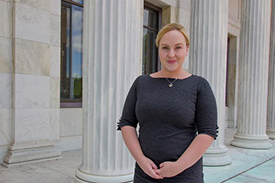 Halona Norton-Westbrook, associate curator of contemporary art and head of visitor engagement at the Toledo Museum of Art in Ohio, has been appointed to the newly created position of director of collections.

Nicole Simpson has joined the Zimmerli Art Museum at Rutgers University in New Brunswick, New Jersey, as assistant curator of prints and drawings.

Mariët Westermann has been promoted to executive vice president for programs and research at the Andrew W. Mellon Foundation, based in New York.