Committee on Women in the Arts Picks for November 2016

Kunsthall Trondheim is inaugurating its new permanent space with the international women exhibition project this is a political (painting). The exhibition, curated by Helena Holmberg, borrows its title from A. K. Dolven’s work this is a political painting (2013) and presents work by Dolven (Norway), Kajsa Dahlberg (Sweden), VALIE EXPORT (Austria), Claire Fontaine (France), and Alexandra Pirici (Romania) that reflects on the complex relationship between the individual human body and the social backgrounds that support it from diverse perspective and visual languages.

Dolven presents a personal and politically meaningful fingerprints pattern-work that speaks about a body that perseveres to remind of its existence, its place and conditions in society, and the carried identity along the boundaries for its potentials. Fontaine’s large neon work series Foreigners Everywhere addresses to us all as being foreigners in most places, with the exception of a very limited part of the world. For the exhibition, Foreigners Everywhere has been translated into the fifteen most spoken languages, including the local minority language South Sami. EXPORT’s presents Body Configurations (1972–82) and Body Sign Action (1970), two emblematic images of the female body’s relation to society, a critical oeuvre that is constantly scrutinizing the societal structures from a feminist and conceptual viewpoint that always proposes resistance. In her film Reach, Grasp, Move, Position, Apply Force (2015), Dahlberg revisits the early history of film and film’s appliance in experiments and research on the systemized movement of the working human body. In Monument to Work, Pirici has undertaken interviews and research on movements performed by industrial workers through their working life, movements that will be choreographed by the artist herself and enacted by a group of people forming a living monument at the Kunsthall Trondheim exhibition space.

Mills College presents an expansive display of rarely exhibited and unique materials from the special collections of the Mills F. W. Olin Library. The exhibition includes photographs both of and by Smith, publications, recordings, and ephemera that are showcased together to highlight the breadth of Smith’s artistic experimentation across disciplines, including (and not limited to) poetry, music, and photography.

Displayed throughout both the art museum and the library and curated by three people—Stephanie Hanor, Mills College Art Museum Director; Janice Braun, Library Director and Special Collections Curator; and Robert Byler, Smith donor and collector—this double exhibition presents an intimate examination of Smith’s work from multiple perspectives that unveils in a comprehensive approach the artist’s ongoing innovativeness and inspirational influences.

The exhibition includes a screening room hosting short films in which Smith introduces places, people, and cultural moments that have inspired and informed her practice, including Jean Genet, Robert Frank, and the punk eclecticism of 1970s New York’s “Downtown Scene,” as well as listening stations featuring music and readings. The displayed collection of ephemera includes broadsides and concert announcements, personal effects from her childhood, and international versions of releases of her published works. The intimate installation is conceived in such a way that visitors to the library and museum are welcome to hang out and spend time in the lounge of the museum and in the library reading rooms, digging into the evocative spread of materials presented.

Kunsthalle Bremen presents the first solo exhibition in a European museum of work by the American artist Mary Reid Kelly. Her four-part film cycle on the First World War, A Marquee Piece of Sod, is contextualized by a selection of works on paper from the Kunsthalle Bremen’s collection of prints and drawings, opening an artistic discourse with Reid Kelley’s videos.

Interweaving her films to form total works of art that are rich in both innuendo and punning wordplay, Reid Kelley (Greenville, South Carolina, 1979) creates performances, drawings, and sculptures in collaboration with her partner, Patrick Kelley. Her narratives examine cultural gender roles and struggles, reflecting on the realities of women’s lives during historical periods of political, social, economic, and cultural upheaval, such as the French Revolution and WWI.

In Reid Kelley’s first solo exhibition in a European museum, her black-and-white films, based on extensive research, oscillate between drawings that are brought to life and stop-motion animation that combines the artist’s concise aesthetic, which ironically synthesizes art-historical styles such as Cubism, Expressionism, and Surrealism. In this way, Reid Kelley explores how dramatic historical events have affected and inform the changes in identity, gender roles, behavior, sexuality, and speech.

Coinciding with Kunsthalle Bremen, the M – Museum Leuven presents the first Belgian solo exhibition of work by Mary Reid Kelley. Under the curation of Valerie Verhack, the artist features her video trilogy about the myth of the Minotaur—Priapus Agonistes (2013), Swinburne’s Pasiphae (2014), and The Thong of Dionysus (2015)—along with The Syphilis of Sisyphus (2011) and drawings. Playing with these historical figures, Reid Kelley utilizes costumes, masks, and poetic wordplay to create black-and-white films that are strongly reminiscent of the graphic novel, reflecting on gender, desire, and vanity through the connection of classical tragedies with pop culture and contemporary literature. 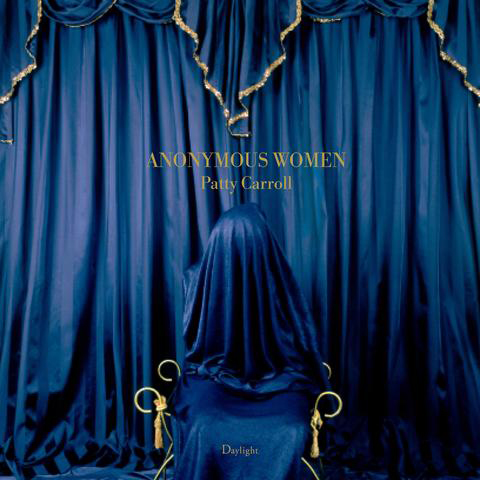 The beginning of the work coincided with the start of the Iraq War, as Carroll explains in an earlier publication, as issues of vulnerability, trust, and safety were present daily. “Anonymous Women presents images that symbolize the psychological states of women around the world by showing them hidden behind, and intertwined with, visually stunning domestic scenes.”

Although the women are obscured by often colorful, and sometimes flamboyant surroundings, the photographs are more than commentary on oppression. Instead, Carroll likens them to portraits, “because some women like very flowery, fussy things, and other women like very stark, modern things, so in a way they’re like portraits of people that you know even though you don’t see their faces.” (Guardian, January 25, 2014).

For the first time in the history of Prefix ICA, they have dedicated all of their exhibition spaces to one artist, the writer and filmmaker Renée Green. Facing, curated by Betty Julian, is anchored by the digital film projection Begin Again, Begin Again (2015) and built upon previous aspects of the artist’s journey, including Spacing in Lisbon, Placing in Berlin, and Tracing in Lake Como.

“Her excavation of locations, perceptions, memory and movement is developed as a series of ‘nodes,’ which refer to her own private acts and processes as an artist. Once transformed into a public exhibition or other presentation, each node is given a name and an association with a specific location, which has its own forms of resonance for both the artist and audience.”

Featuring work by thirty-seven artists from fifteen countries, No Man’s Land is comprised of work collected by the Rubell Family, one of the largest privately owned collections of contemporary art.

In No Man’s Land, curators worked with both new acquisitions and those that had been in the collection for decades to present a conversation focused on the process of making and images of the female body. “Many artists in the exhibition use labor-intensive techniques to alter conventional notions of ‘women’s work’ and handcraft. Some sculpt or paint semi-abstract shapes that reference the body obliquely, while others depict the female form directly, forcefully reclaiming its visualization and interpretation.”

The inspiration for the title of the exhibition comes from a visit Don and Mera Rubell made to the studio of the painter Kaari Upson in 2008. As explained in the audio guide by Mera Rubell: “We went to visit the artist’s studio and it turned out that the way she made these paintings was about Larry, who she had an obsession about, and she painted herself and then what she did is merge the two paintings face to face with each other as though they were actually kissing … she invented a way for these two figures to merge into something different … what she found in this merger was a new territory of identity, of maybe compromise, maybe psychological interactiveness.”

Works on display range from more traditional examples of painting and sculpture to artists who use a variety of raw materials in their assemblages, from painting with neon to weaving with Carnival beads.