The Archives of American Art, part of the Smithsonian Institution in Washington, DC, has received a three-year grant of up to $900,000 from the Walton Family Foundation to support the ongoing digitization of the archives’ collection, enabling the organization to double its current rate. The Archives of American Art is obliged to match the grant, to be given in three installments.

The Archives of American Art, part of the Smithsonian Institution in Washington, DC, has announced a long-term partnership with the Terra Foundation for American Art to support the digitization of the archives’ collections. Terra has made a $4.5 million commitment, $4 million of which is a challenge grant to be matched by the Smithsonian, to seed an endowment for ongoing digitization. The remaining $500,000 will provide operating support for the current digitization program.

California State University, Long Beach, has received a grant from the Graham Foundation to support an exhibition, Robert Irwin: Site Determined, at the University Art Museum. 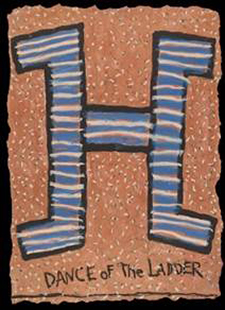 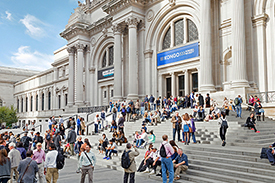 The Metropolitan Museum of Art in New York has reaffirmed its long-term cooperative partnership with the Ministry of Culture of the Government of India by renewing a Memorandum of Understanding for five additional years.

The Metropolitan Museum of Art in New York has been named the world’s top museum in TravelAdvisor’s Travelers’ Choice Awards, based on the quality and quantity of reviews and ratings over a twelve-month period, for the second year in a row.

The Museum of Modern Art in New York has received a grant from the Graham Foundation to support an exhibition, Frank Lloyd Wright at 150: Unpacking the Archive, scheduled for June 12–October 1, 2017. 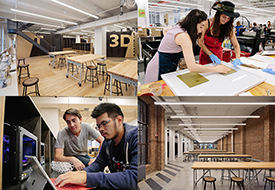 Parsons School of Design in New York has opened the Parsons Making Center at the New School, a hub for a network of making spaces that provide university students with state-of-the-art tools to design projects in a range of disciplines.

Princeton University Art Museum in Princeton, New Jersey, has received a $150,000 Museums for America grant from the Institute of Museum and Library Services to support the ongoing Collections Discovery Initiative, designed to ensure that Princeton’s Asian art collection ­can be shared with the broadest possible audiences, especially with scholars and researchers. The grant will allow the museum to enhance and standardize the cataloguing of its Asian art holdings, develop rich educational materials, and restructure its Asian art microsite into an in-depth sustainable resource with an innovative new interface.

Using virtual-reality technology, you can now experience the exhibition WONDER on your mobile device (photograph provided by the Smithsonian American Art Museum)

The Smithsonian American Art Museum in Washington, DC, has launched Renwick Gallery WONDER 360, an immersive 360-degree virtual-reality app for Apple and Android mobile devices. The app allows audiences to explore the entirety of the museum’s 2015–16 exhibition WONDER, presented at its Renwick Gallery, in 3D; it also expands the visitor experience through emerging technologies and is the first virtual-reality mobile app the Smithsonian has offered.

The Society of Architectural Historians, based in Chicago, Illinois, has received a grant from the Graham Foundation to support a public program, a half-day seminar on “Making and Re-Making Glasgow: Heritage and Sustainability,” at its upcoming conference in Scotland.

The University of Houston in Texas has created a new College of the Arts, comprising the School of Art, the Moores School of Music, the School of Theatre and Dance, the Blaffer Art Museum, the Cynthia Mitchell Woods Center for the Arts, the Center for Arts Leadership, and the Graduate Program for Arts Management. 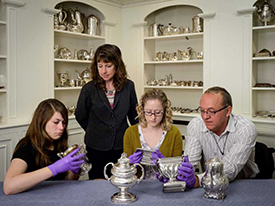 The Winterthur Museum, Garden, and Library in Winterthur, Delaware, has received a $110,759 grant from the Institute of Museum and Library Services for a project on preventive care for metal objects, which Winterthur deems its highest conservation treatment priority.