John Hawley reviews Rembrandt’s First Masterpiece at the Morgan Library and Museum. The show provided “a rare opportunity to engage with Rembrandt’s painted Judas Returning the Thirty Pieces of Silver (1629) and the three surviving preparatory drawings associated with it.” Despite some “flaws in conception and execution,” the exhibition offered a “once-in-a-lifetime opportunity for visitors.” Read the full review at caa.reviews.

Laura Roulet visits Puerto Rican Light (Cueva Vientos) (2015), a site-specific installation created by Allora & Calzadilla and commissioned by the Dia Art Foundation. Set in a remote cave in Puerto Rico, the project “is a post-colonial inversion and commentary on the complicated state of U.S.-Puerto Rican relations” and “a way of putting Puerto Rico on the map for serious international art travelers.” Read the full review at caa.reviews. 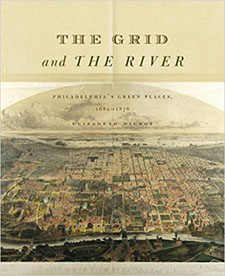 Eric Kramer reads The Grid and the River: Philadelphia’s Green Places, 1682–1876 by Elizabeth Milroy. An “authoritative and compelling portrait of how a city’s actual landscape fabric has been fashioned through a process of negotiating and representing a dominant idea about landscape’s place in American culture,” the volume builds “a more nuanced and positive image of how cities and landscapes coexist.”

Through a generous grant from the Wyeth Foundation for American Art in 2014, CAA provided financial support for the publication of Elizabeth Murray’s The Grid and the River: Philadelphia’s Green Places, 1682–1876. Read the full review at caa.reviews. 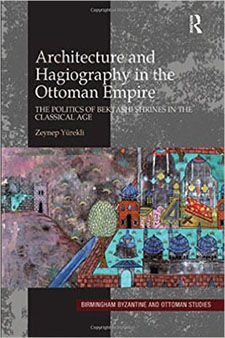 Maxime Durocher dicusses Zeynep Yürekli’s Architecture and Hagiography in the Ottoman Empire: The Politics of Bektashi Shrines in the Classical Age. “Combining a study of hagiographical texts with an advanced analysis of the sixteenth-century architectural transformation of two Anatolian shrines,” the author “provides an insightful study” that “contributes to the revival of Sufi studies.” Read the full review at caa.reviews.
Filed under: caa.reviews —