A Phone Call with Jon Parrish Peede, the New Chair of the NEH 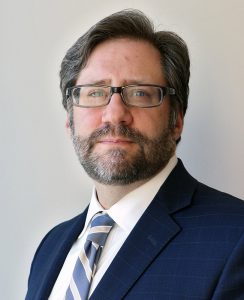 Last week, I had a chance to participate in a conference call with Jon Parrish Peede, the new acting chair of the National Endowment for the Humanities (NEH). He assumes the role after the resignation of William D. Adams in May of 2017, who stepped down concurrent with the release of the White House FY2018 budget that called for eliminating the NEH. The call with Peede was organized by the National Humanities Alliance (NHA), and included leaders of other humanities organizations.

Peede, who was appointed by President Trump in late July, is the brother of a senior member of Vice President Mike Pence’s staff.

During the call, Peede talked about his closeness to Dana Gioia, the George W. Bush-appointed head of the NEA, and proudly referred to himself “a product of rural America,” stressing the need for having people from all 50 states on NEH panels.

When asked about his vision for the NEH, he mentioned that humanities could be funded and supported by other organizations, such as colleges, foundations, and individuals. He offered support for grant selection being “grounded in rigor” and wanted grantees to talk about “outcomes and not activities.”

Peede was asked why the public should care about the NEH and stated that the agency’s role is to preserve records and to place them in context, an important position for a federal agency, but one which does not necessarily address the larger idea of the impact of humanities in society. He did state, “a life in the humanities is a life well lived.” In response to a question about what he would do if the NEH received an increase in funds, Peede was not sure, but opined that he might not offer more grants as it may “dilute the value” of other grants.

Unfortunately, he was not asked how he felt about the President’s desire to zero out funding for the NEH or NEA, and what he was planning to do about it. For many in the arts and humanities, this is the pressing issue. Currently, the NEH is approved by the House Appropriations Committee for $145 million in funding for FY 2018, a $4.8 million drop from FY 2017. But the funding is not secure and certain. Hopefully on our next call, Peede will be able to address this important question.