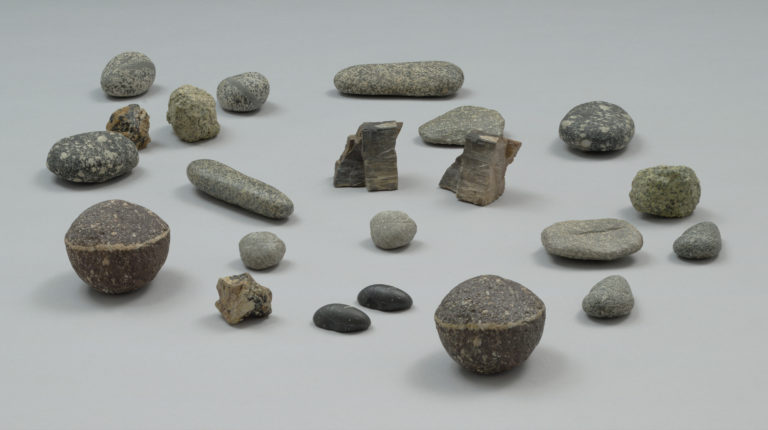 Judith Godwin: An Act of Freedom

Judith Godwin: An Act of Freedom contributes to the important revisionist history on the women of Abstract Expressionism with the presentation of twenty-three gestural canvases produced from 1954 through 2007. A native of Suffolk, Virginia, Godwin (b. 1930) attended Mary Baldwin College in Staunton (1948-50) and completed her undergraduate degree in 1952 at Richmond Professional Institute of the College of William and Mary (now Virginia Commonwealth University). She moved to New York in 1953, where she was invited to attend frequent dance classes and performances by Martha Graham, with whom she established a lifelong friendship. She also studied briefly with Will Barnet and Vaclav Vytlacil at the Art Students League, followed by classes with Hans Hofmann in Provincetown, MA, and in the fall 1954 at 52 West Eighth Street. Inspired by Hofmann’s color principles, Godwin’s emerging abstractions in the mid-1950s, many on view here, display a tightly structured organization of planar elements that develop into expansive and sweeping arcs, angles, and spatial breaks across the painterly surface. An interesting comparison is Japanese painter Kenzo Okada (1902-82), another formative association for Godwin encouraging her investigations in Zen Buddhism. Godwin’s paintings were included in the important traveling exhibition, Women of Abstract Expressionism that originated at the Denver Art Museum in 2016.

VIJA CELMINS: TO FIX THE IMAGE IN MEMORY

The first retrospective of Vija Clemins in North American in more than 25 years, this exhibition presents over 140 small scale, exquisitely detailed paintings, drawings, and sculptures of the physical world by the American-Latvian artist. Living and working in New York since 1981, Celmins’ early work was inspired by Pop Art, painting realistic depictions of everyday objects, followed by drawings and paintings of newspaper photographs. Her Untitled (Big Sea) series in the 1970s, depicting the ocean texture completely filling the picture plane, unbroken by any horizon or secondary life or object, brought her acclaim as she developed her meticulously thorough technique. Her intention more about the process than the photographic reflection or landscape aesthetic, the works’ texture and character present a fascinating distraction, opposing romantic cliché.

Since March 2019 Richard Saltoun Gallery in London is dedicating its annual programme to women, as part of their mission to support female artists who are under-recognized and under-represented. This inaugural exhibition celebrating the Gallery’s commitment to protest gender inequality in the art world, showcases Rose English’s works from the earlier stages of her career. The exhibition includes a range of artworks from 1970s and early 1980s demonstrating the richness of English’s unique artistic vocabulary, her curiosity and willingness to experiment with processes and materials, and her versatility as an artist eager to engage with photography, ceramics, collage, film, installation and performance. Her interest in politics, social issues, aesthetics, philosophy and popular culture can be traced in her early works. What is particularly interesting, is the artist’s subversive understanding of feminism and femininity which she explores through challenging and interweaving diverse forms, their conventions and histories. Plato’s Chair (1983) exhibited in the final room of the gallery is one of her most important early monologue performances staged at the Western Front in Vancouver, Canada in 1983.

Mutations is the first monographic exhibition in Europe of Erika Verzutti, the Brazilian artist (b. 1971, São Paulo) known for her vital exploration of the materialization and facture of sculptural forms in bronze, ceramic, cement and papier-mâché. Occupying the entirety of Gallery 3, Verzutti’s provocative sculptures and reliefs, often animalistic, vegetal, and botanical abstractions, are here conceived as “families” or generative groupings and “conversations,” such as Tarsila, an homage to the brilliant painter and “mother” of Brazilian modernism, Tarsila do Amaral, or The Brasilia Family, a title conjuring the extraordinary industrialization of the new capital city in postwar Brazil. A central object embodying a massive swan’s shapely form evokes matrilineal sources and tribal connectivity. In relationship to the rational, geometric panels of Brazilian Concretism in the 1950s or the gestalt ideals of Neo-Concretist “non-objects,” Verzutti’s playful, sardonic and feminist gestures invite new and welcome readings on texture, materiality, and opticality.

DINOSAUR IN THE DOLLHOUSE

This process and collaborative oriented exhibit includes paintings by artists Sarah Jacobs, Kristen Letts Kovak, and Katherine Tzu-Lan Mann around legacy, possibility and evolving context. One individually completed painting by each artist is complemented by another that was influenced by the paintings by the other two artists. Moreover, the trio will create a collaborative painting in the gallery during the exhibition’s run that will be finished by the end. Katherine Tzu-Mann’s expansive, expressive colorful paintings explore how painting can “capture flux, abundance, waste, fertility, and the collision and collusion of diverse forms” from material, to process to their animated result of shapes, moving lines and colors. Also rich in movement and hue, Kristen Letts Kovak’s paintings seem to take more botanical form, if imagined, as the artist explains her more intuitive approach, her paintings are “both records of my perceptions, and independent objects for observation.” Sarah Jacobs’ process is pattern-driven, meticulously hand-painted, bright and complex work that relates to human vulnerability. The artists share a mentor, who provided impetus for the title reflecting artists’ perhaps seemingly random yet purposely juxtaposed choices.

What does it mean to make a difference while residing in “The People’s House?” First Lady of New York City Chirlane McCray embodies strident activism in her support of this important exhibition at Grace Mansion, the official residence of the Mayor and his family. This smart installation of 44 modern and contemporary women artists marks a century of persistence since suffrage and shows 60 artworks by women who represent diverse origins and cultural positions intersecting life and culture in New York City. Curator Jessica Bell Brown brings together photographs, objects, archival materials, and artworks documenting diverse forms of political resistance and power struggles (LGBTQ and AIDS awareness, for example) and art historical and proto-feminist interventions in the twentieth-century canon (Abstract Expressionist modern women, for instance), all of which thematically explore ideas contending with “complicated histories, the body as battleground, picturing people, and expanding abstraction.” She Persists presents an extraordinary range of artists: early modernists and social realists Florine Stettheimer, Isabel Bishop, and Theresa Bernstein; photographers Berenice Abbott, Ruth Orkin, Perla de Leon and Consuelo Kanaga; video and performance artists Mierle Laderman Ukeles, Martha Rosler and Ana Mendieta; and postwar abstractionists Betty Parsons, Helen Frankenthaler, Grace Hartigan, Lee Krasner, and Carmen Herrera. Kara Walker, Simone Leigh, Elizabeth Catlett, Augusta Savage, and Faith Ringgold represent broad proposals on African-American narratives. Shirley Chisholm, the Brooklyn-born Congresswoman, summarizes the rallying cries for women’s rights in her 1974 speech: “Forget traditions! Forget conventionalisms! Forget what the world will say whether you’re in your place or out of your place Stand up and be counted.”