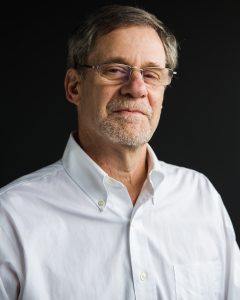 On Sunday, May 5, the Board of Directors of CAA voted to appoint David Raizman as the Interim Executive Director of the organization. David has served as Treasurer of CAA since October 2018 and has held a number of administrative and faculty roles in higher education over a long career.

David’s term will begin July 1, 2019, at the close of the term of Hunter O’Hanian, the current Executive Director.

“I’ve been a member of CAA since 1992 and have attended and participated in CAA Annual Conferences since the early 1980s. CAA’s many programs and publications have contributed much to my development as a scholar and teacher. As a board member I’ve enjoyed seeing how CAA serves its broader membership to meet needs and challenges in academe and the arts,” said David Raizman.

“As interim Executive Director I look forward to learning more about the organization and the staff and facilitating the good work they do. I also look forward to continuing the work of Hunter O’Hanian, who created an environment of diversity and inclusion and shifted the direction of CAA toward these important ideas.”

“The Board of Directors is pleased that an experienced administrator and accomplished academic with David Raizman’s  qualifications will lead CAA through this transition,” said Jim Hopfensperger, President of the CAA Board of Directors. “We have full confidence David is the right person to advance CAA’s strengths as a learned society and a professional association, while positioning the organization for long-term success under the next Executive Director.”

David Raizman is Distinguished University Professor Emeritus of Art & Art History in the Westphal College of Media Arts & Design at Drexel University in Philadelphia, Pennsylvania. He is the author of History of Modern Design (London, Laurence King and New Jersey, Pearson, 2nd edition 2010) as well as several articles and reviews on design history, including subjects ranging from American furniture to the history of world’s fairs. He earned his PhD at the University of Pittsburgh under John Williams and earlier in his career published articles and reviews on the medieval art of Spain. Prior to being appointed CAA Treasurer he was Treasurer of the International Center of Medieval Art (ICMA) and a member of its Finance Committee. During his academic career Dr. Raizman served in several administrative roles, as department head, associate dean, and interim dean in the Westphal College of Media Arts & Design, and his College’s representative to the National Association of Schools of Art & Design (NASAD).

During the summer 2015 he directed a four-week NEH-funded summer institute entitled “Teaching the History of Modern Design: The Canon and Beyond” at Drexel University. He was a guest lecturer at Tsinghua University in Beijing in 2014, and a fellow and guest lecturer at the Wolfsonian/FIU Museum in Miami Beach, Florida (2009; 2010). He is the co-editor of two books, with (current CAA board member) Carma Gorman, of Objects, Audiences, and Literature: Alternative Narratives in the History of Design
(Cambridge Scholars Publishing, 2007), and most recently, with Ethan Robey, of Expanding Nationalisms at World’s Fairs: Identity, Diversity and Exchange, 1851-1915 (Routledge, 2017). His latest book, Reading Graphic Design: Image, Text, Context is scheduled for publication with Bloomsbury in 2019.

Filed under: Board of Directors, Staff —