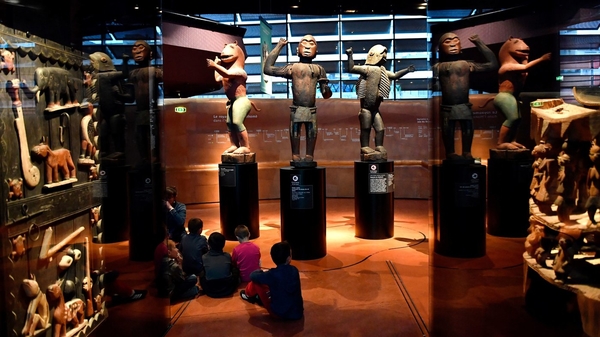 Statues from the Kingdom of Dahomey, in present-day Benin, are pictured in 2018 at the Quai Branly Museum in Paris. Photo: Gerard Julien/AFP/Getty Images

Across Europe, Museums Rethink What To Do With Their African Art Collections

According to commonly cited figures from a 2007 UNESCO forum, 90% to 95% of sub-Saharan cultural artifacts are housed outside Africa. (NPR)

The NEH announced $29 million in awards for 215 humanities projects across the country.(New York Times)

A new partnership aims to open up career paths for students underrepresented in the field of cultural heritage. (Princeton News)

Decolonizing Your Syllabus? You Might Have Missed Some Steps

“Inviting voices into spaces not built for them or that undermine their messages, lived experiences, and expertise can often work against the well-intentioned goals of inclusion.”(Twitter thread)