The June Picks from the Committee on Women in the Arts highlight a selection of events, exhibitions and calls for work that include feminist and womxn artists, and address issues about social justice, the visibility of marginalised subjects, and the digitisation of the everyday. Several of the exhibits engage with the question of relations among the human, non-human and other-than-human bodies but also corporeal entanglements that embed us within the world through embodied experiences. 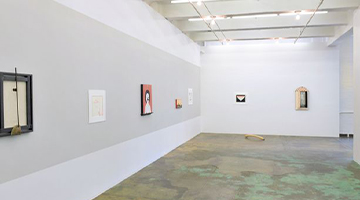 This solo exhibition of the Philadelphia-based artist Anne Minich engages with the materiality of the human body. Working across different media Minich explores the themes of pleasure and sexual desire, memory and intimacy, to develop personal mythologies and question the boundaries of corporeality. Her transversal language emphasizes the lived experience of being in the body, living it and dying in it. The works reveal multiple kinships and invite a closer inspection of bodily experiences. The interrelationality is emphasized by unexpected juxtapositions between the media used by Minich, including drawings, wooden sculptures and three-dimensional paintings, and found objects such as shells, fruit pits or bones. Intimate and fragile, these painterly collages invite the viewer to feel and sense with.

Susanne M. Winterling, TEMPERATE – under your skin, nano carriers through the web of life
May 20 – September 19, 2021
Schering Stiftung

Susanne M. Winterling’s installation TEMPERATE confronts the viewer with a fluorescent bacterium, inviting us to engage with nano-organisms that are invisible to the naked eye. Questioning that which is visible and that which remains invisible, the artist created large projection surfaces that show the bacterium moving across scientific images. Playing with scale, Winterling offers us another perspective in which magnified nano-organisms are larger than the visitors, articulating complex relationships between humans and microorganisms and interrogating the relevance of anthropocentric views. Inspired by research on drug-loaded nanocarriers, Winterling collaborated with Simone Schürle, a biomedical engineer and professor for Responsive Biomedical Systems at ETH Zurich along with her research team to bring awareness to the productive relations between forms of life and specifically bacteria equipped with therapeutic agents.

Shilpa Gupta’s multimedia works bring visibility to the contemporary art scene in Mumbai Critically engaged with identity politics and psychological discourse, Gupta articulates relationships between human diversity and new aesthetics, exploring entanglements between subjectivity and perception often via interactive installations and audio and visual technologies. Context-related and referring to specific cultural and socio-political framings, her works concern themes that, at the same time, are open to interpretation and may become localised to develop new micro-narratives. Gupta’s interest in conflict, borders and censorship can be seen in this exhibition, in which the artist traces the role of diverse media in the production of fear.

Hito Steyerl. I will survive. Physical and virtual spaces
May 19 – July 5, 2021
Centre Pompidou

This exhibition of Hito Steyerl’s major works is a retrospective in reverse, showing the most recent pieces at the beginning, which then lead to the artist’s 1990s films displayed at the end of the show. It is a collaboration between Centre Pompidou and the K21 Düsseldorf. The multimedia installations, some of which have been designed specifically for the exhibition, are a satirical and critical gesture exploring the relationships between the digital worlds, artistic creativity and its presentation, the pandemic and current social conditions. Steyerl’s point of departure is the architecture of the Centre Pompidou, which for over forty years has supported the heritage mission of the museum as a democratic project of a cultural resource centre. Steyerl engages once again in an intimate and astute manner with the invisible contradictions that drive the power structures of global capitalism and interrogates the challenges encountered by cultural institutions in the current moment of crisis.

The exhibition of works of Ad Minoliti, a contemporary Argentine artist, takes place in the Baltic in the form of an ‘alien lounge’. Imagined as an extra-terrestrial space that goes beyond the idea of nature, it traverses dichotomous gender and anthropocentric narratives exploring non-binary and non-human identifications and embodiments. This first institutional presentation in the UK and the largest exhibition to date in Europe also features Minoliti’s ongoing project The Feminist School of Painting, which transforms part of the gallery space into an active classroom holding bi-weekly painting workshops. In her practice Minoliti activates feminist and queer theory to deconstruct the traditional genre of painting and art historical narratives, and generate alternatives that are intersectional, inclusive and diverse.

A Yellow Rose Project, a collaborative photography project between women from the United States, was initiated in 2019 to mark the 2020 centennial anniversary of the ratification of the 19th Amendment. On that day women wearing yellow roses, symbolising the fight for equal representation, gathered into a concerted bodily collective and waited to hear if their right to a voice in the government would finally be granted. The photographs in the project engage with the complicated narratives attached to the 19th Amendment and its anniversary, and confront a multitude of histories, some of which are more visible than others. A remarkable historical event to celebrate also marks a troubling moment when only some women were given the right to vote. The collection of visions and voices opens up a dialogue on the power of the movement that led to the ratification, but also on erasures and the need to remember. The presented body of work celebrates women’s resilience and bodily gestures, including the gesture of the taking a photograph, that create a visual archive of vulnerability that through a concerted collective effort becomes a strength in the common.

Who is telling the story? The 6th edition of the Photo Vogue Festival ‘REFRAMING HISTORY’ invites projects that propose an alternative, different way of telling a tale. Selected projects will be featured in the exhibition.