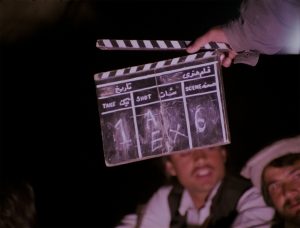 Mariam Ghani’s film, What We Left Unfinished (2019), began as a project that pulled from Ghani’s experience digitizing the Afghan Film Archive, featuring five films that were shot but never edited during the communist period of 1978–1991. Now its title takes on new meaning with the Taliban’s recent takeover of the government and the evacuation of over a hundred-thousand individuals from Afghanistan. Many Afghani cultural workers, whether relocated, remaining, or watching from abroad, will need to reimagine or shift their practice to accommodate this new reality.

Addressing these issues, CAA had the privilege to talk with Mariam Ghani, this week’s member spotlight, and explore her practice as an artist, filmmaker, activist, and teacher. The daughter of former Afghani President, Ashraf Ghani, Mariam is based in Brooklyn and has spent her life in the US. Her work has often drawn from her connection to Afghanistan, in her relationship to the country as both an insider and an outsider. Dominant themes in her practice also speak to the current moment and to Middle Eastern histories, including border zones, transitions, intersecting cultures, national identities, trauma, memory, loss, and migration.

Interviewed by Laura Anderson Barbata, current CAA Vice President for Annual Conference and Programs and trans-disciplinary artist also based in Brooklyn, this conversation begins with a look at Ghani’s work and then dives into the multiple ways you can support those affected by the current crises. To show its support and solidarity, CAA has signed onto An Open Letter from Arts for Afghanistan. 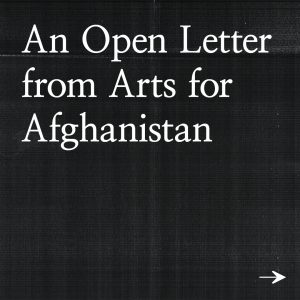 Every week we will feature a CAA member in our member spotlight series who is currently demonstrating exceptional talent. Please feel free to nominate a fellow member or send along any personal upcoming events or achievements for consideration to caanews@collegeart.org. In your email, put “Member Spotlight” in the subject line.