Fifty Years of Feminism at CAA 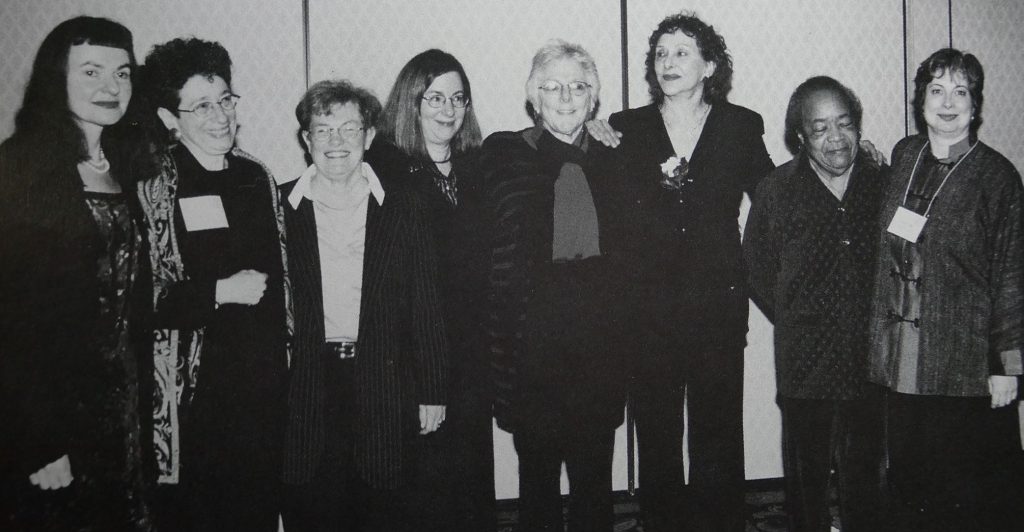 Please join us in celebrating fifty years of feminism at CAA. We will share resources and perspectives on these histories throughout the year.

Fifty years ago in 1972, CAA founded its first committees devoted to women in the arts. A meeting of more than 250 women at the 60th Annual Conference titled “Meeting for Women Members of the College Art Association,” marked the starting point for the association’s focus on supporting and promoting the advancement of feminism in art. CAA’s board formalized its advocacy for women the same month by establishing the Committee on the Status of Women (COSW), the first committee to focus on women in CAA’s history.  Linda Nochlin, who was on the CAA Board at the time, became its first chair followed by Ann Sutherland Harris in 1973.

The Women’s Caucus for Art (WCA) was also formed at CAA in 1972 in response to the Annual Conference, but in 1974, the WCA broke off from CAA to become its own independent nonprofit organization and rapidly increased its membership. Today, the WCA is a close affiliate of CAA, whose history is often intertwined with our own. The COSW was renamed the Committee on Women in the Arts (CWA) in 1996, and it continues to promote the recognition of women’s valuable contribution to the visual arts and to critical art-historical study; advocate for feminist scholarship and activism in art; develop partnerships with organizations with compatible missions; monitor the status of women in the visual-arts professions; provide historical and current resources on feminist issues; and support emerging artists and scholars in their careers. Notable individuals involved with this effort over the years have included award recipients, such as art historians Linda Nochlin, Norma Broude, and Mary Garrard, as well as artists Carolee Schneemann, Faith Ringgold, and Carrie Mae Weems.

Women-centered content is also one of the main three content threads at the 110th Annual Conference. Check out these sessions here and register today to attend!