CAA is pleased to announce that this year’s Annual Artists’ Interviews will feature Elia Alba and Postcommodity!

Established in 1997, this event remains highly anticipated at the CAA Annual Conference. Each year, CAA’s Services to Artists Committee (SAC) identifies prominent artists to participate, providing a unique opportunity for members to hear artists in dialogue with an interviewer. 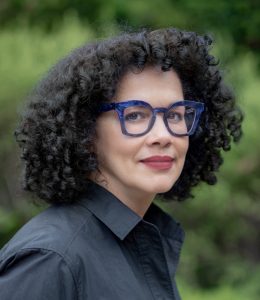 Elia Alba was born in Brooklyn to parents who immigrated from the Dominican Republic in the 1950s. She is a multidisciplinary artist whose artistic practice is concerned with the social and political complexity of race, identity, and the collective community. She received her Bachelor of Arts degree from Hunter College in 1994 and completed the Whitney Independent Study Program in 2001. She has exhibited throughout the United States and abroad, including at the Studio Museum in Harlem, El Museo del Barrio, Stedelijk Museum, Amsterdam, Science Museum, London, Smithsonian Museum of Art, National Museum of Art, and Reina Sofía, Madrid. Awards include the Studio Museum in Harlem Artist-in-Residence Program in 1999; Pollock-Krasner Foundation Grant in 2002; Joan Mitchell Foundation Grant in 2002 and 2008; Anonymous Was a Woman Award in 2019; and Latinx Artist Fellowship in 2021. Her work is in the collections of the Smithsonian Museum of Art, El Museo del Barrio, and Lowe Art Museum. Her work has been reviewed in The New York Times, Artforum, ArtNews, and Forbes, among others. Her book, Elia Alba, The Supper Club (2019) brings together artists, scholars, and performers of diasporic cultures through photography, food, and dialogue to examine race and culture in the United States. She was part of the curatorial team for El Museo del Barrio’s critically acclaimed exhibition, Estamos Bien: La Trienal 20/21. She lives and works in the Bronx. 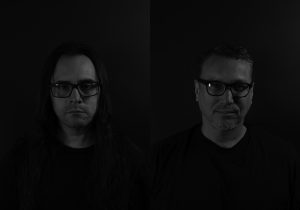 Postcommodity is an interdisciplinary art collective comprised of Cristóbal Martínez (Mestizo), and Kade L. Twist (Cherokee). Postcommodity’s art functions as a shared Indigenous lens and voice to engage the assaultive manifestations of the global market and its supporting institutions, public perceptions, beliefs, and individual actions that comprise the ever-expanding, multinational, multiracial, and multiethnic colonizing force that is defining the twenty-first century through ever-increasing velocities and complex forms of violence. Postcommodity works to forge new metaphors capable of rationalizing our shared experiences within this increasingly challenging contemporary environment; promote a constructive discourse that challenges the social, political, and economic processes that are destabilizing communities and geographies; and connect Indigenous narratives of cultural self-determination with the broader public sphere.

Postcommodity acknowledges the important contributions of its previous collaborators: Steven Yazzie (2007–2010), Nathan Young (2007–2015), Raven Chacon (2009–2018), Adam Ingram-Goble (Game Remains), Andrew McCord (If History Moves at the Speed of Its Weapons, Then the Shape of the Arrow is Changing, and Promoting a More Just, Verdant and Harmonious Resolution), Annabel Wong (Dead River) and Existence AD (Dead River).