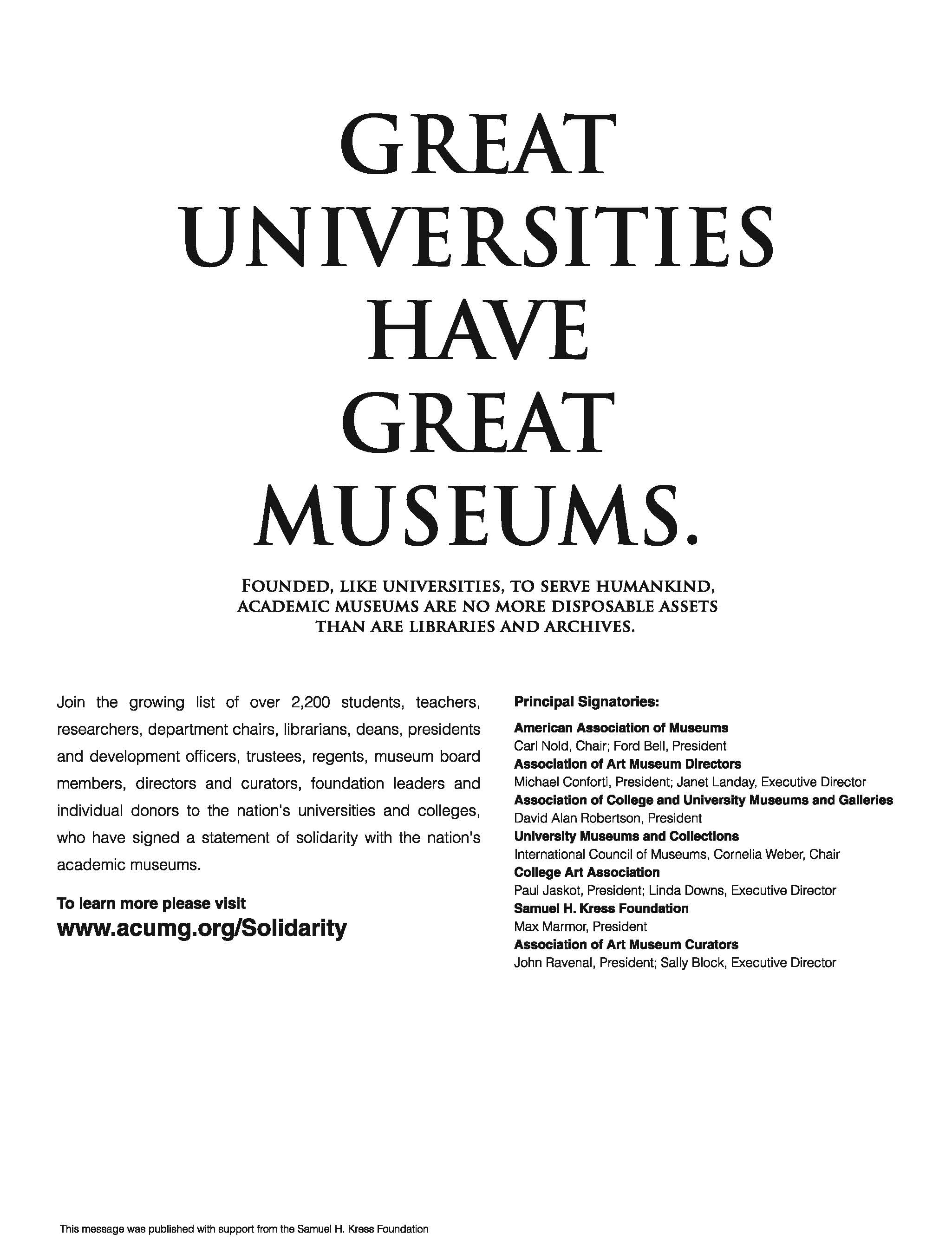 Today in Inside Higher Ed, Scott Jaschik reports on recent work of a task force, comprising representatives from seven national and international organizations, that is raising awareness of the value of university and college art museums and galleries in light of recent events involving attempts by schools to sell work from their collections.

In “Avoiding the Next Brandeis,” Jaschik talks to the task-force cochair David Alan Robertson, director of Northwestern University’s Mary and Leigh Block Museum of Art, who is “trying to impress upon [regional higher-education accrediting agencies] that museums shouldn’t be viewed as extras, but as ‘teaching institutions and research institutions.’” Jaschik continues, “Another strategy being discussed is encouraging colleges to define the financial exigency plans—or what they would do in a severe financial crisis—and to make the case that museums should not be the first institutions to be closed.”

Lyndel King, task-force cochair and director and chief curator of the Frederick R. Weisman Art Museum at the University of Minnesota, Twin Cities, tells the reporter that “we need to educate college administrators and governing boards that disposing of their collections can’t be a way to fill the coffers or seen as an easy way to bring in money.”

You may read the petition, published by the task force in July 2009, and include your name and affiliation in the growing list of signatories. A prominent advertisement will appear in the Chronicle for Higher Education later this month; you can download a PDF of it or click and save the above image for use in blogs, press, and more. The task force had planned to include all signatories in the ad, but the list has exceeded 2,200 names and institutional affiliations—too many to include in print.