Tatiana Flores, associate professor in the Department of Art History at Rutgers University in New Brunswick, New Jersey, with a joint appointment in the Department of Latino and Caribbean Studies, has won a 2016 award from the Arts Writers Grant Program, coordinated by Creative Capital and the Andy Warhol Foundation for the Visual Arts. Her grant will support a book, titled Art and Visual Culture under Chávez.

Marina Kassianidou, an artist and writer based in Boulder, Colorado, has received a $25,000 award from the Joan Mitchell Foundation’s 2016 Painters and Sculptors Grant Program.

Beili Liu, an artist based in Austin, Texas, has accepted a $25,000 grant from the Joan Mitchell Foundation through the 2016 Painters and Sculptors Grant Program.

Christina Michelon, a doctoral candidate in art history at the University of Minnesota, Twin Cities, has received a $8,500 project grant via the 2016–17 Craft Research Fund, supervised by the Center for Craft, Creativity, and Design. The funds will support a dissertation focused on print’s relationship to domestic craft and interior design from 1830 to 1890.

Anya Montiel, a PhD student in American studies at Yale University in New Haven, Connecticut, has accepted a $4,500 project grant from the Center for Craft, Creativity, and Design through the 2016–17 Craft Research Fund. The funds will support dissertation research on government-funded basketry, pottery, and woodworking craft workshops in the 1960s and 1970s among the Florida Seminole, Mississippi Choctaw, and North Carolina Cherokee.

Klaus Ottmann, deputy director for curatorial and academic affairs at the Phillips Collection in Washington, DC, has been conferred the insignia of chevalier of the Order of Arts and Letters by Bénédicte de Montlaur, cultural counselor of the French Embassy in New York, on behalf of the French government.

Betsy Redelman, a student pursuing an MFA in craft studies at the Oregon College of Art and Craft in Portland, has received a $3,705 graduate research grant from the Center for Craft, Creativity, and Design through the 2016–17 Craft Research Fund. The award will support thesis research on the neglected history of indigenous women potters in San Marcos Tlapaola, a small pueblo in Oaxaca, Mexico. 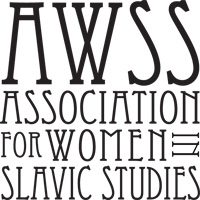 Margaret Samu, a freelance art historian based in New York, has been awarded the 2016 Mary Zirin Prize for independent scholarship from the Association for Women in Slavic Studies. 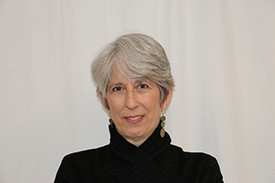 Maureen G. Shanahan, professor of history of art for the School of Art, Design, and Art History at James Madison University in Harrisonburg, Virginia, has received a Fulbright Award for research in France from March to June 2017. The grant, entitled “World War I and the Colonial Legacy: Sites of Memory, Traces of Forgetting,” will support two projects: planning for a conference on the representation of the colonial subject during and after WWI; and archival research on a monograph, tentatively entitled Silence, Surveillance, and Psychiatry: Gaëtan Gatian de Clérambault and the French Colonial Subject (1914–34).

Andrew Uroskie, director of graduate studies for the MA/PhD program in art history and criticism at Stony Brook University in Stony Brook, New York, has won a 2016 award from the Arts Writers Grant Program, administered by Creative Capital and the Andy Warhol Foundation for the Visual Arts. The grant will support his book, titled The Kinetic Imaginary: Robert Breer and the Animation of Postwar Art.

Laura A. L. Wellen, a writer and curator based in Houston, Texas, has earned a 2016 award from the Arts Writers Grant Program, coordinated by Creative Capital and the Andy Warhol Foundation for the Visual Arts. The grant will support a blog called Piedrín.

Soyoung Yoon, program director and assistant professor of art history and visual studies in the Department of the Arts at the New School’s Eugene Lang College of Liberal Arts in New York, has received a 2016 awards via the Arts Writers Grant Program, supervised by Creative Capital and the Andy Warhol Foundation for the Visual Arts. The funds will support an article titled “The Evidence of Things Not Heard: On Mendi + Keith Obadike’s Numbers Station.”