Fair Use Events in France: A Recap 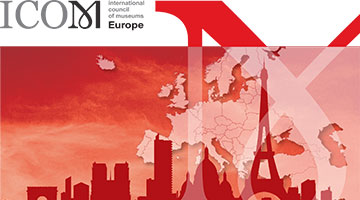 On June 4 and 6, CAA, represented by Hunter O’Hanian, participated in three events in France about CAA’s Code of Best Practices in Fair Use for the Visual Arts. The first took place on June 4 in Fontainebleau, when O’Hanian spoke at a session on “Fair Use and Open Content,” at the seventh annual Festival of Art History, held during the annual Fontainebleau Festival. Organized by Martine Denoyelle of France’s Institut National d’Histoire de l’Art (INHA), other speakers included Hana Leaper from the Paul Mellon Center for Studies in British Art (UK) and Mikka Gee Conway from the J. Paul Getty Trust. Approximately seventy-five people attended the session, which concluded with a lively discussion about copyright issues in France, the UK, and USA. To share the content of the Code of Best Practices as widely as possible, CAA produced a version in French translation that was available throughout the three day festival.

Read the Code of Best Practices in French

On June 6, O’Hanian was part of a panel about fair use during the annual conference of ICOM Europe, held at the Musée des Arts et Metiers in Paris. Titled “Copyright Flexibilities in the US and EU: How Fair Use and Other Flexibilities are Helping Museums to Fulfill their Mission,” the session also included Peter Jaszi, professor of law at the Washington College of Law, American University, and a principal lead investigator for CAA’s fair use initiative. The event was introduced Luis Raposo, president of ICOM-Europe, and included Ronan Deazley, Queens University, Belfast, Northern Ireland; Paul Klimpel, iRights Lab Culture, and ICOM Germany member; Claire La Henaff, Musée National Picasso (Paris), and ICOM France member; and Charlotte Waelde, Centre for Dance Research, Coventry University. Approximately one hundred museum professionals from countries throughout Europe attended the event.

Earlier the same day, CAA convened a small planning meeting to explore next steps in sharing the Code of Best Practices with decision makers in the EU interested in increasing copyright flexibilities. The Terra Foundation generously made their Paris offices available for the meeting, which included, in addition to O’Hanian and Jaszi, Francesca Rose from the Terra Foundation; Anne Goodyear, codirector of the Bowdoin College Museum of Art and chair of CAA’s Committee on Intellectual Property;  Martine Denoyelle, Chief Curator of Heritage, Institut National d’Histoire de l’Art; Ronan Deazley, School of Law, Queens University, Belfast, N. Ireland; and Stef van Gompel, Faculty of Law, University of Amsterdam. The discussion focused on ways in which European countries were increasing access to information and images, including open access and fair dealing (in the UK), and the usefulness of gathering data about current EU practices in the use of copyrighted materials. The group plans to reconvene during the CAA annual conference in Los Angeles in 2018.

CAA’s participation in these events was underwritten by a generous grant from the Samuel H. Kress Foundation.