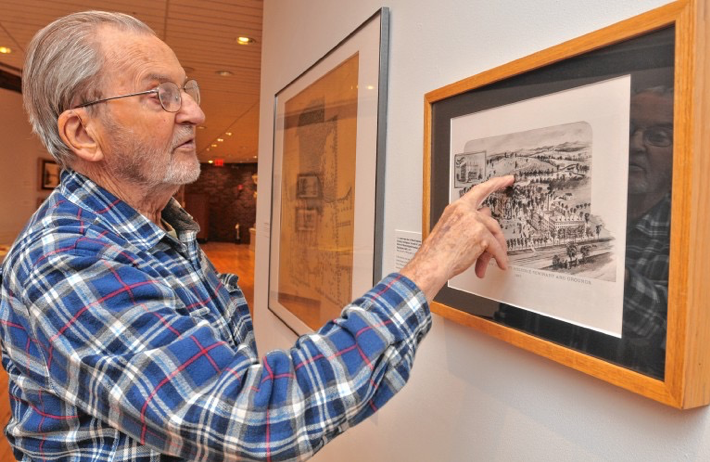 We are saddened to learn of the passing of Robert L. Herbert, a visionary in art history and extraordinary teacher to many. He received CAA’s Distinguished Lifetime Achievement Award for Writing on Art in 2008. He passed December 17 of a stroke at 91.

In an extraordinary career spanning more than sixty years, Robert L. Herbert was remarkably consistent in a practice that has come to define the social history of art, which he described as “the moral and passionate … search for what paintings and drawings meant in the artists’ time.”1

As an undergraduate at Wesleyan University in the late 1940s and early 1950s, he was fascinated by the history of science, an interest that encouraged his study of color theory in his dissertation on the nineteenth-century French artist Georges Seurat, completed at Yale University under the direction of George Heard Hamilton in 1957. By that time, Herbert had already been inspired by the work of Meyer Schapiro, who encouraged his lifelong commitment to socialism as a framework for political and intellectual development. Proud of his roots in a working-class New England family, Herbert resisted the formalist bias of his training, although he readily acknowledges a debt to those who taught him to look carefully at works of art and to appreciate the importance of technique and pictorial structure. From the beginning he always insisted that “the stuff of ordinary daily life should enter into art history,” and made it his goal “to restore the flesh of real painters and their culture to the bones of style and form.”

A desire to balance respect for the artist’s distinctive modes of representation with a socially and historically grounded reading of subject matter was a salient feature of Herbert’s research, which focused, for example, not only on the color and facture of paintings by Seurat and other Neoimpressionist artists, but also on the distinctive subject matter and the politics of their art. Recognizing that the prevailing view of Seurat tended to privilege his large-scale paintings, Herbert trained attention on his drawings in a book published in 1963; yet he also continued to explore the meanings of Seurat’s paintings, organizing a major retrospective exhibition on the hundredth anniversary of the artist’s death in 1991 as well as another, Seurat and the Making of “La Grande Jatte,” that was devoted to his most celebrated painting in 2004. In fact, many of Herbert’s most innovative and important contributions to the history of art have been made in the context of exhibitions, which require careful attention to individual objects in addition to the presentation of a unifying conception of the whole. For his first foray into this genre of scholarship, the 1962 exhibition Barbizon Revisited, Herbert wrote a catalogue that won CAA’s Frank Jewett Mather Award and precipitated a renewed appreciation of the work and historical significance of mid-nineteenth-century landscape painters such as Corot, Millet, and Rousseau, among others. His ambition for the exhibition was expressed in terms that convey his dedication to a particular kind of art-historical practice: “The purely historical treatment of art is bloodless. The real heritage of Barbizon art is in the paintings, and their vitality must be experienced in our viscera. Otherwise works of art are documents to be assessed, catalogued, and filed away. But there is a proper use of history, namely, to prod us into discoveries which release our imagination and permit us to rise to the realm of true poesis. An historical evaluation of Barbizon art will only have value if it succeeds in doing just this.”

It is impossible to summarize Herbert’s contributions to art history simply in terms of his scholarly production, impressive as that output has been. He has also been an inspiring teacher of undergraduate and graduate students, setting an example in countless ways that go well beyond his commitment to scrutinizing original works of art alongside archival resources of the most diverse kinds. In addition to imparting these indispensable staples of the trade, he maintained an extraordinary level of personal and professional engagement with his students, loyally supporting their ambitions and celebrating their achievements, whether large or small. Refusing to be impressed by conventional measures of status, in 1990 he acted on his commitment to feminism by relinquishing his position at Yale in order to join his wife, Eugenia Herbert—whom he has always described as his greatest intellectual companion—on the faculty of Mount Holyoke College.

As professor emeritus and living in South Hadley, Massachusetts, he discovered a passionate interest in the life and work of a mid-nineteenth-century female botanist and illustrator named Orra White Hitchcock. “I’ve taken the plunge,” Herbert has remarked, “into the world of American women’s diaries, into travel diaries, and into the history of geology and the natural sciences, embraced in the broader spectrum of American social and cultural history of the middle third of the nineteenth century. It’s a new world for me, and I have no regrets at giving up French art history!” Subsequently he turned to exploring the history of Mount Holyoke and curated several exhibitions with James Gehrt and Aaron Miller.

He died December 17 of a stroke at 91 and is survived by his wife of 67 years Eugenia (Fi); children, Tim, Rosie, and Cathy; their mates, Mara, John and Chris; six grandchildren, and a wealth of friends to whom he was immensely devoted as well.