2017 Recipients of CAA’s Awards for Distinction

CAA announces the recipients of the 2017 Awards for Distinction, which honor the outstanding achievements and accomplishments of individual artists, art historians, authors, conservators, curators, and critics whose efforts transcend their individual disciplines and contribute to the profession as a whole and to the world at large.

CAA will formally recognize the honorees at a special awards ceremony to be held during Convocation at the 105th Annual Conference in New York, on Wednesday, February 15, 2017, at 5:30 PM. See the conference website for full details. 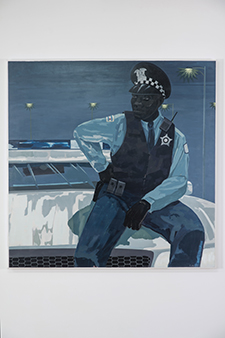 Among the winners this year is Kerry James Marshall, recipient of the 2017 CAA Artist Award for Distinguished Body of Work. In his 35-year career painting and making art, Marshall has depicted the African American experience through a medium that has often overlooked the lives of black Americans. His current retrospective at the Met Breuer, titled “Kerry James Marshall: Mastry” (October 25, 2016–January 29, 2017), brings together nearly 80 works by Marshall. Holland Cotter in The New York Times wrote of the show glowingly: “Mr. Marshall has absorbed enough personal history, American history, African-American history and art history to become one of the great history painters of our time.”

Faith Ringgold, the winner of the 2017 CAA Distinguished Artist Award for Lifetime Achievement, is widely considered one of the most influential living African American artists. Born in Harlem in 1930, she is an artist, feminist, activist, and educator who makes use of a variety of media, including painting, quilts, sculpture, performance, and children’s books. Civil Rights, racial justice, feminism, and art history are consistent themes. Ringgold earned BS and MA degrees in art from the City College, the City University of New York, and taught in the NYC public school system for almost twenty years. Since the 1970s Ringgold has been an activist and cofounder of several feminist and antiracist organizations, along with artist Poppy Johnson, art critic Lucy Lippard, and her daughter Michelle Wallace, among others.

Alfred H. Barr Jr. Award for Smaller Museums, Libraries, Collections, and Exhibitions
Carmella Padilla and Barbara Anderson, eds.
A Red Like No Other: How Cochineal Colored the World
Skira Rizzoli, in association with the Museum of International Folk Art

Arthur Kingsley Porter Prize
Christine I. Ho
“The People Eat for Free and the Art of Collective Production in Maoist China”
The Art Bulletin, September 2016 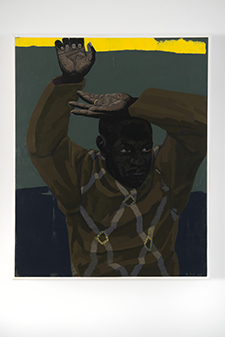 CAA recognizes the 2017 finalists for the Charles Rufus Morey Book Award and the Alfred H. Barr Jr. Awards for their distinctive achievements:

For more information on the 2017 Awards for Distinction, please contact Tiffany Dugan, CAA director of programs. Visit the Awards section of the CAA website to read about past recipients.