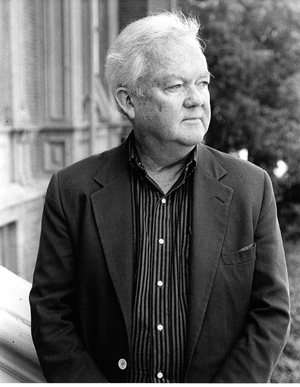 James Cahill, professor emeritus at the University of California in Berkeley, has been awarded the Charles Lang Freer Medal by the Smithsonian Institution’s Freer Gallery of Art and Arthur M. Sackler Gallery. The medal recognizes Cahill’s lifetime of contributions to the history of Chinese and Japanese art.

Henry Drewal, the Evjue-Bascom Professor of African and African Diaspora Arts at the University of Wisconsin in Madison, has been awarded a senior fellowship at the Institute for Research in the Humanities at his school. During the four-year appointment he will research and write a book on art and the senses.

Nancy Feldman has received the 2010 Founding Presidents Award from the Textile Society of America for “Shipibo Textile Practices 1950–2010,” a paper written with Claire Odland and presented at the society’s twelfth biennial symposium in October.

Ruth Fine, curator of special projects in modern art at the National Gallery of Art in Washington, DC, has been honored for curatorial excellence by the Print Center in Philadelphia, Pennsylvania. The November 2010 celebration was the first of five annual events leading to the center’s one-hundredth anniversary in 2015.

Hal Foster, the Townsend Martin ’17 Professor of Art and Archaeology at Princeton University in Princeton, New Jersey, has received the 2010 Clark Prize for Excellence in Arts Writing by the Sterling and Francine Clark Art Institute in Williamstown, Massachusetts. Established in 2006 and awarded every two years, the Clark Prize recognizes individuals whose critical or art-historical writing has had a significant impact on public understanding and appreciation of the visual arts.

William R. Levin,
professor emeritus of art history
at Centre College in
Danville, Kentucky, has received two prestigious award from the Southeastern College Art Conference (SECAC) at its October meeting: the Award for Excellence in Teaching, granted each year to a member “who demonstrates an exceptional command of his or her discipline through the ability to teach effectively, impart knowledge, and inspire students”; and the occasionally bestowed Award for Exemplary Achievement, “the organization’s most prestigious award, given in recognition of personal and professional development as well as long-standing service to SECAC.” 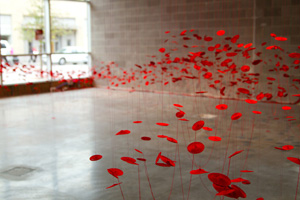 Beili Liu, an artist based in Austin, Texas, has received third place in the 2010 ArtPrize, an annual competition established last year, for her installation Lure/Wave, Grand Rapids at the Urban Institute of Contemporary Arts in Grand Rapids, Michigan. Her award includes a $50,000 prize. 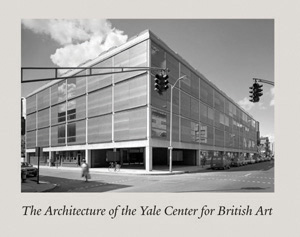 Jules Prown, the Paul Mellon Professor Emeritus of the History of Art at Yale University in New Haven, Connecticut, has been recognized by the Bookbuilders of Boston for his book, The Architecture of the Yale Center for British Art (New Haven: Yale Center for British Art, 2009). The title won Best of Category in Professional Illustrated Books at the fifty-third annual New England Book Show, which recognizes outstanding work by New England publishers, printers, and graphic designers. 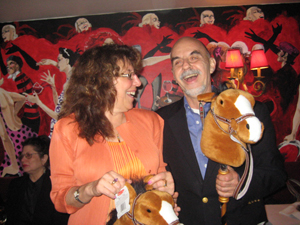 Shelley Rice and Kenneth Silver (who was also named a chevalier) celebrate with their “horses,” compliments of their fellow NYU professor Finbarr Barry Flood (photograph by Miriam Basilio)

Shelley Rice, Arts Professor in the Department of Art History and in Department of Photography and Imaging at the Tisch School of the Arts, both at New York University, has been named a Chevalier of the Order of Arts and Letters by the French government. 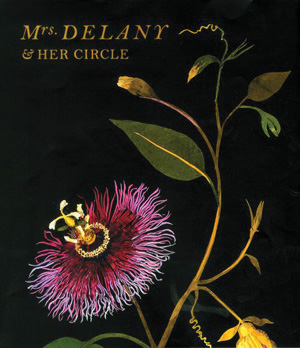 The Creative Capital | Warhol Foundation Arts Writers Grant Program has announced the recipients of its 2010 grant cycle. Among the winners are these CAA members and their projects: Douglas Crimp, for his book Before Pictures; Clare Davies, for short-form writing; Matthew Jesse Jackson, for his blog Our Literal Speed; Raphael Rubinstein, for his blog The Silo; Irene Small, for her book Hélio Oiticica: Folding the Frame; and Sandra Zalman, for her article “Whose Modern Art? Huntington Hartford, MoMA, and the Fight for Modern Art’s Legacy.” Participating in the program’s 2010 Writing Workshop, which pairs a practicing writer with an established critic through the International Association of Art Critics/USA Section, are Colin Edgington of New Brunswick, New Jersey, and Christina Schmid of Minneapolis, Minnesota.

The National Academy Museum and School in New York has elected eighteen American artists and architects as members of the 185-year-old institution. Two are CAA members: Garth Evans, an abstract sculptor; and Nancy Friese, a landscape painter and printmaker.

The Skowhegan School of Painting and Sculpture, a nine-week summer-residency program for emerging visual artists in Skowhegan, Maine, hosted the following CAA members in 2010: Yui Kugimiya, for video and film; Anna Chiaretta Lavatelli, for installation; Abraham Storer, for painting; and Cullen Washington Jr., for drawing.