Kris Cohen visits Josh Kline: Freedom at the Portland Art Museum. “The first work in a projected five-work cycle,” Freedom imagines “a future that extends out from the present’s particular techno-economic landscapes.” The artist “takes the technologies and labor economies of neoliberalism not just as the context for his work but as the medium,” and the show is “far more esoteric than Kline admits.” Read the full review at caa.reviews. 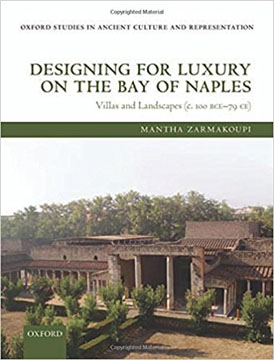 Elaine K. Gazda reads Designing for Luxury on the Bay of Naples: Villas and Landscapes (c. 100 BCE–79 CE) by Mantha Zarmakoupi. The author “argues that by appropriating selected elements of Hellenistic and Roman architecture designers created a new architectural language for Roman luxury villas.” The book’s “primary contribution” lies in its “analyses of the physical components of this language.” Read the full review at caa.reviews. 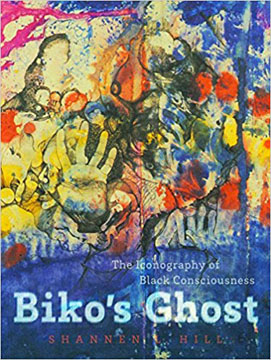 Jessica Stephenson reviews Shannen L. Hill’s Biko’s Ghost: The Iconography of Black Consciousness. The author “offers a convincing reconsideration of the contributions” that Black Consciousness and Stephen Biko’s “meaning and legacy” give “to a visual culture of liberation in South Africa.” Presenting “an impassioned redress,” she argues that this history has previously been marginalized and willfully misread. Read the full review at caa.reviews.