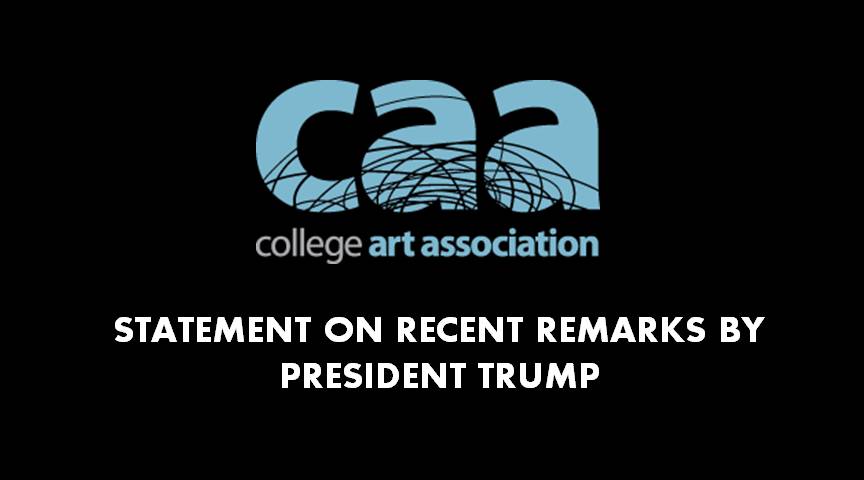 CAA, the largest professional association supporting art historians and visual artists, strongly supports the statement of the African Studies Association, denouncing statements made by President Donald J. Trump, which characterize African and Caribbean countries as “shithole countries.” CAA celebrates the important artists, scholars, curators, and art critics from these countries and their contributions to the arts both in the United States and internationally. In particular, CAA supports ASA’s statement: “It is shocking that such crude racist expressions of xenophobia are now part and parcel of executive office discourse. Not only do President Trump’s words disparage the people of an entire continent, on issues of immigration, they defy reality.”

“Whether it is funding for the arts and humanities, clean water and environmental regulations, fair hiring practices or gender and racial inclusion, CAA has a long history of taking positions and expressing values which support the field, as well as society,” said Executive Director Hunter O’Hanian. “The individual occupying the White House has embraced sexist, racist, and mendacious viewpoints over and over. He has shown concern only with enriching himself, sacrificing human decency and the good will of this country on the global stage.”

Read more: Statement by the ASA Board of Directors regarding President Trump’s Remarks