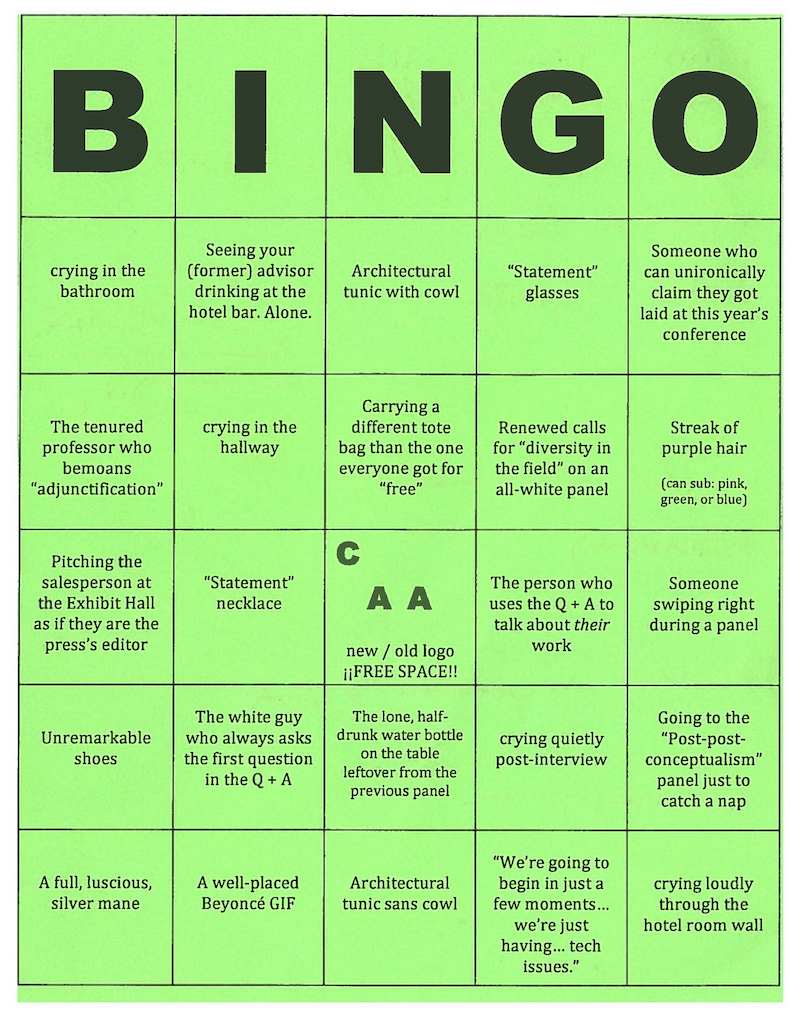 “Sometime in the middle of the day on Friday, neon-colored CAA bingo cards started to appear on the ephemera table…’Statement’ glasses? Check. Architectural tunic sans cowl? It’s my new uniform. Carrying a different tote bag than the one everyone got for ‘free?’ Wouldn’t leave home without it.” Read Andy Campbell’s great, and hilarious, takeaway from CAA 2018. (Artforum)

Uncovering the Secrets of the Girl With a Pearl Earring

New president Laura Sparks aims to get the college back to free tuition in ten years time. (The Villager)

Neanderthals Made Cave Paintings before Modern Humans Even Reached Europe

The paintings appear to predate the arrival of modern humans in Europe by 20,000 years. (Hyperallergic)

Thousands of public school teachers across West Virginia have been on strike for more than a week in protest over their pay and benefits. (Vox)

Missing for almost 60 years, the painting was found severely damaged in a Louvre storage facility. (Hyperallergic)