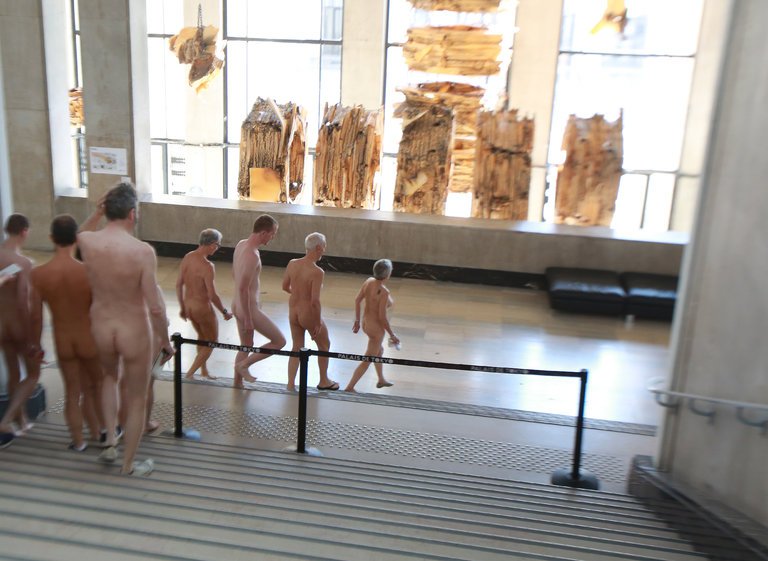 The Palais de Tokyo’s “Visite Naturiste” was organized in association with the Paris Naturist Association. Visitors removed their clothes for a tour of the exhibition Discord, Daughter of the Night. Photo: Owen Franken for The New York Times

This year’s eleven winners were selected from a pool of 174 nominees. (Artforum)

The fate of the university’s collections is still undecided. (Santa Fe New Mexican)

Road to The Met: How Max Hollein Rose to Become Its Next Director

Thirteen months after Thomas Campbell stepped down, Max Hollein will become the tenth director of the New York institution. (The Art Newspaper)

“As a system, art fairs are like America: They’re broken and no one knows how to fix them.” (New York Magazine)

I Went Naked to a Museum, and It Was … Revealing

The Palais de Tokyo’s “Visite Naturiste” — the first of its kind in France —garnered a remarkable amount of public interest since it was announced in March. (New York Times)

A Typeface Transforms the Alphabet in the Style of Famous Artworks

In this artful alphabet by the Madrid-based design studio CESS, “V” is for van Gogh and “F” is for Frida. (Hyperallergic)