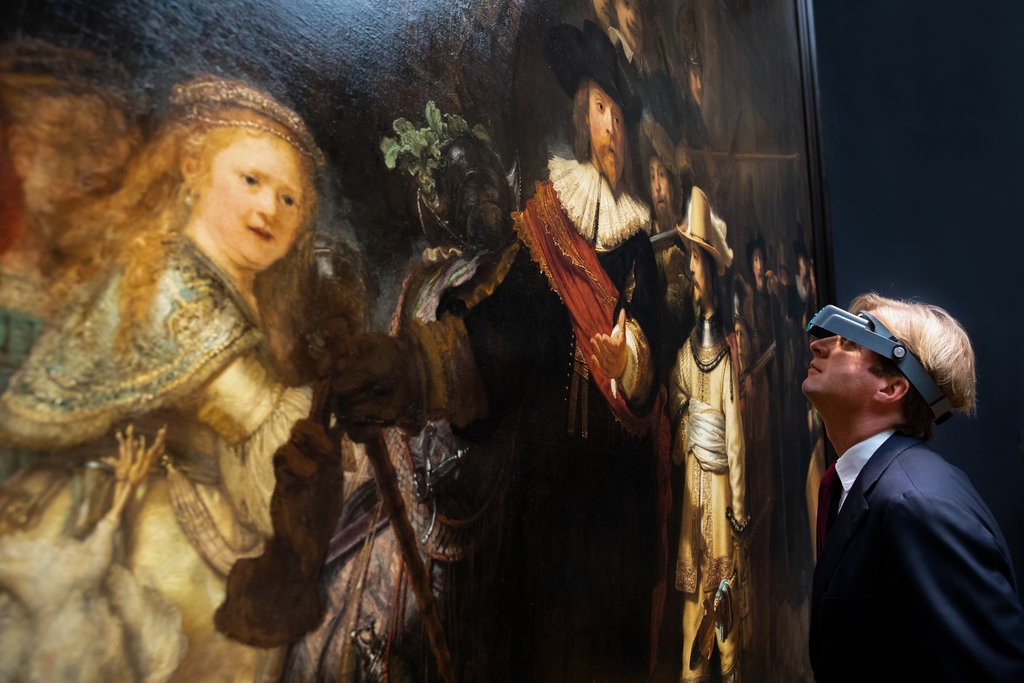 Taco Dibbits, the Rijksmuseum director, viewing the Night Watch. The work, by Rembrandt, will be restored in what Mr. Dibbits called the museum’s “biggest conservation and research project ever.” Credit: Rijksmuseum/Kelly Schenk via The New York Times

The Met and Brooklyn Museum Opt to Reject Saudi Funds

As the international outcry over the fate of Saudi journalist Jamal Khashoggi grows, ripple effects have reached the art world. (artnet News)

The Lawsuit Against Harvard That Could Change Affirmative Action in College Admissions, Explained

The trial is being closely watched for signs about the future of admissions processes across the country. (Vox)

‘Not Everything Was Looted’: British Museum to Fight Critics

The museum has faced criticism for displaying―and refusing to return―looted treasures, including the Parthenon Marbles, Rosetta Stone, and the Gweagal shield. (The Guardian)

The museum says the one-year pilot project is the first such initiative in the world. (Montreal Gazette)

The painting will remain on display so the public can observe the process. (New York Times)

How to Be Strategic on the Tenure Track

So how do you resist overworking when, in many instances, that seems the only path to tenure? (Chronicle of Higher Education)