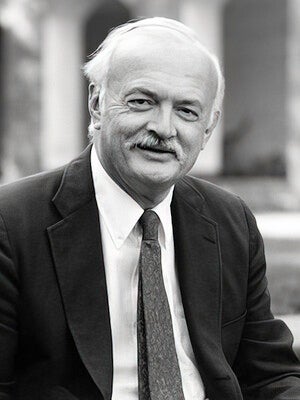 Robert Farris Thompson, an eminent art historian recognized for his field-leading research and writing on the art, history, culture, dance, and music of Africa and the Afro-Atlantic world, and who was the longest serving head of college in Yale’s history, died on Nov. 29. He was 88.

Thompson was professor emeritus of African American studies and the former Colonel John Trumbull Professor of the History of Art at Yale. For more than a half-century on Yale’s faculty, and during his 32 years as “Master T” at the helm of Timothy Dwight College, he secured his place in the pantheon of beloved professors and university leaders.

In recognizing Thompson with its inaugural Distinguished Lifetime Achievement Award for Writing on Art in 2003, the College Art Association described him as a “towering figure in the history of art, whose voice for diversity and cultural openness has made him a public intellectual of resounding importance.” In May 2021 he was honored with an honorary degree from Yale celebrating his lifetime of academic achievement.

Above excerpts and image from, “Robert Farris Thompson, pioneer in study of African and Afro-Atlantic art,” YaleNews (December 1, 2021). Please click this link to read the full article.